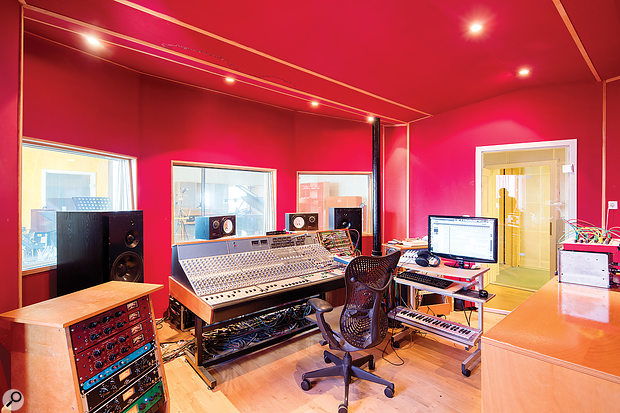 Berlin has become a major hub for the creative industries in recent years, and its importance extends far beyond German or even European borders. As well as being a hotbed of electronic music, the city is home to a vibrant scene more associated with classic recording studios, and continues to attract talent from abroad.

LowSwing Studio has been catering to this clientele for almost two decades, and exemplifies the idea of the boutique studio: it’s just the right size to offer a variet of options while feeling cosy and comfortable, and possesses an extremely high-end equipment collection, all under the control of in-house producer, engineer and owner Guy Sternberg. 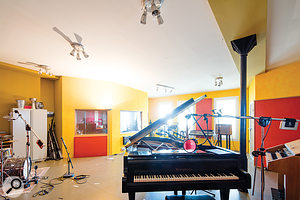 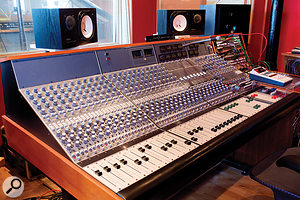 The control room is centred around a rare discrete Neve 5316 console with 33114 input modules. 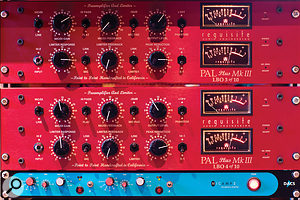 A pair of Requisite Audio PAL Plus MkIII channel strips. 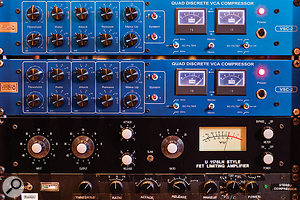 High-end dynamics units at LowSwing include this pair of Vertigo Sound VSC-2 compressors. 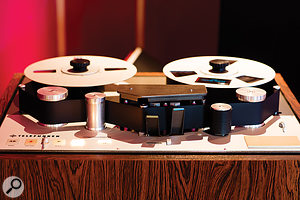 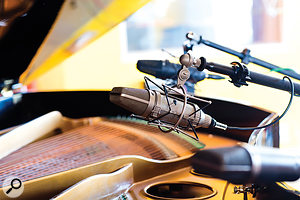 The studio boasts a collection of vintage Neumann mics, such as these M49b, U67 and U87 models. 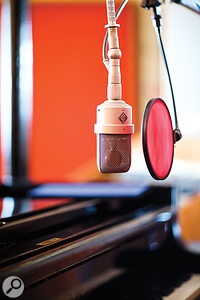 Born in Haifa, Israel, Sternberg is a trained classical musician, who studied double bass and composition in Tel Aviv. He first set foot into a professional recording studio when, aged 14 or 15, his bass teacher couldn’t do a studio gig and sent his student instead. Sternberg was immediately hooked, and a few years later, started to work in a Neve-equipped facility in Israel, before being invited to take over production duties at a newly developed multimedia facility at Babelsberg Studios in Potsdam, just outside Berlin. He quickly made connections with musicians and bands in Berlin, and before too long, opened up the first incarnation of LowSwing on Rosenthaler Stra e in Mitte, the former East German centre of the city. As he puts it: “It was a time when one could feel the music industry was about to change, and I had the feeling that the days when a label would pay a producer, engineer and recording studio separately were soon over — so I thought to offer all three in one address.“

Sternberg got off to a good start, with the first project being Maximilian Hecker’s second album, produced by Gareth Jones. But he outgrew the place quickly, and in 2006 he moved to LowSwing’s second and current home, still only a couple blocks away from the famous Alexanderplatz. The new location is on the top floor of a building that is a good example of the mixed zoning that has been common in Berlin since the 19th Century, with residential buildings on the street fronts, and office and even factory spaces in the courtyards behind them. Unconfirmed rumour has it that these premises belonged to the infamous Stasi during GDR times. The space had also been used as a recording studio before, but Sternberg asked German studio wizard Roman Magis to remodel the facility to his requirements.

With a total floor space of around 150 square metres, LowSwing does not rank among the largest recording venues, but the rooms are cleverly laid out and boast a very friendly, welcoming vibe with ample natural daylight from all sides. The 30-square-metre control room is home to a rare Neve 5316 console loaded with 29 33114 input modules and four 33314a compressors, plus an SSL X-Panda sidecar for effects returns, and LowSwing can also boast a very high-end outboard collection. There is a pair of Requisite Audio PAL Plus MkIII channel strips, a pair of custom-made UA 176 compressor clones, a Pendulum ES-8 compressor/limiter, an Ampex 351 preamp, two Vertigo Sound VSC-2 discrete VCA compressors, a Vintagedesign C1 compressor, and also some studio standards like an Eventide H3000D/SE effects unit and Universal Audio LA-3A, UREI 1178 and two UREI LA-4 compressors.

For reverberation duties, LowSwing has an EMT 140 plate with a rare quadrophonic amplifier system, Lexicon 480L and 300 units, a Roland R-880 and an AKG BX20 spring reverb, among other options. As befits a Berlin studio, there is also a good selection of vintage Neumann microphones including different U47 versions, an M49b, a U67, several U87s, an SM690 and several pairs of KM84 and KM86s, while other goodies include a pair of LeWilson 212s, various Bang & Olufsen ribbon mics, a dozen Microtech Gefell mics as well as various Beyerdynamic and Schoeps types.

The live area offers A and B rooms, of 60 and 25 square metres respectively, as well as a smaller booth. Backline includes a a Bösendorfer grand piano and a Bechstein upright, as well as various electric or electronic instruments such as a Hammond M100, Wurlitzer 206A, Moog Rogue, Fender Rhodes 73 MkII as well as a Soviet Poliviks synth, plus a number of drums and amplifiers.

Over the years, LowSwing has attracted a large number of high-profile clients. Lately Kings Of Convenience have been recording at the studio, as have Feist, Junior Boys, Ten Fé, Arto Lindsay, King Kahn, Keane, Kurt Rosenwinkel, Michael Wollny and Jimi Tenor. According to Guy Sternberg almost half of the projects done at the studio still involve analogue tape, and Guy Sternberg recently founded LowSwing Records to produce and release recordings that are cut to vinyl from tape and have never seen a DAW throughout the entire process. To date, two albums by Lianne Hall and Reema have been released, of course both crafted at LowSwing from beginning to end.