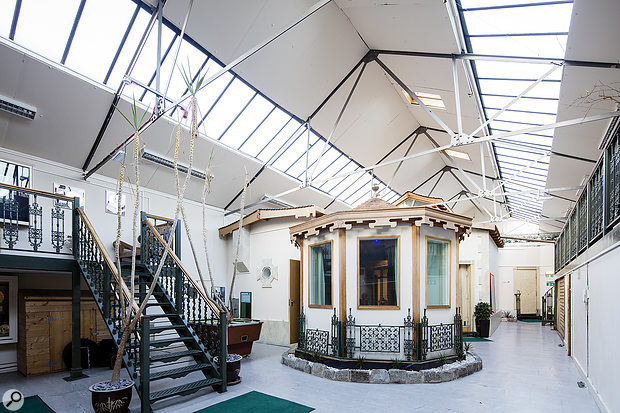 Step inside Motor Museum studios, which has played a vital role in the careers of several of the most influential UK bands of the past decades.

From a musical perspective, Liverpool is perhaps best known as the birthplace of a four-piece group who enjoyed modest success in the ’60s. But the city has a lot more to offer. It has been home to a lively music scene for more than 50 years — and where there is music, there are recording studios. One Liverpool studio has been catering both to the local scene and visitors from abroad for three decades, and has been justifiably called “the most iconic studio in the North”. Following almost 30 years of constant operation at their current premises, and a history that goes back even further, this venture has played a defining role in the careers of some of the most influential British groups of the past decades. The Motor Museum combines an excellent technical setup, a dedicated staff and a truly unique workspace which, probably, looks like no other recording studio in the world. 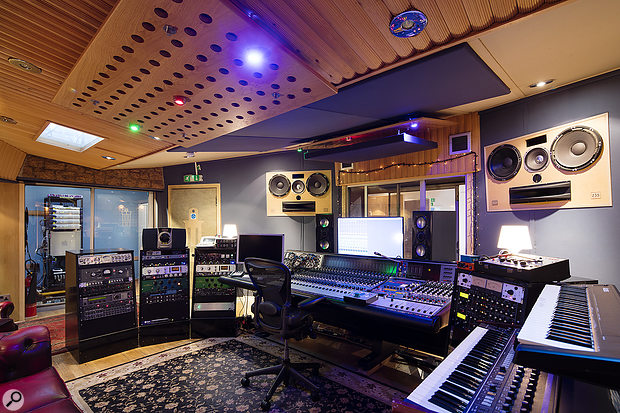 The control room is based around a 32-input Neve 8232 console.

Originally conceived as a public transport repair depot, the building became home to the Lark Lane Motor Museum in the late ’70s. The collection of vintage cars and motorcycles on display apparently included the first Ferrari that was ever imported to the UK. It is located in the Lark Lane district in the South of Liverpool, which now carries a bohemian reputation as a nightlife hotspot. At the time, however, as studio founder Hambi Haralambous recalls, the museum was located too far away from the city centre to get enough visitors, and eventually had to close.

Haralambous was a member of acts such as Tontrix and Hambi & The Dance in the early ’80s, and also part of a vital scene which included bands like Dead Or Alive and Frankie Goes To Hollywood. His first recording operation, The Pink Studio, started out in the basement of a Victorian villa in another part of Liverpool. The space was first used as Tontrix’s private rehearsal room, but after the band split up, it evolved into one of the first professional recording facilities in the city.

After a brief stint in Italy, Haralambous was forced to leave the old premises in 1987, but the members of Echo & The Bunnymen — all motorcycle fanatics — pointed him towards the closing Lark Lane Motor Museum. After a year of planning and construction, the studio re-opened as The Pink Museum in 1988. 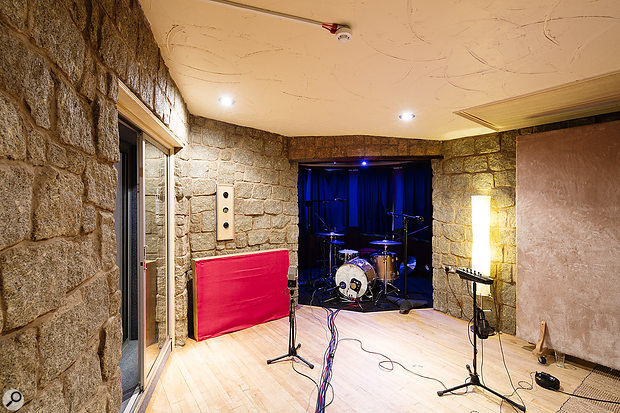 The Phil Newell-designed stone room was conceived for drum recordings, amongst other uses, and inspired by London's Townhouse.

The actual studio space is formed by a number of cabin-like rooms (see mian photo, above) arranged within the vast 240-square-metre warehouse area. Construction was overseen by Phil Newell, who was also responsible for Virgin Manor and Townhouse: hence the latter’s notorious stone room, responsible for so many ’80s gated drum sounds, was replicated at The Pink Museum. 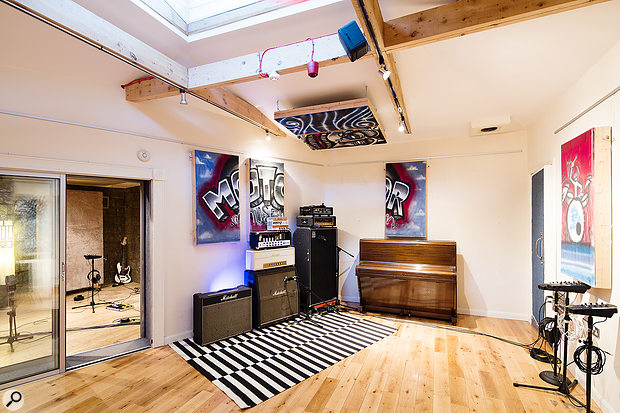 The main live room was remodelled in 2008 for a livelier, more ambient sound.

The British reggae band Aswad were among the first customers at the studio, as well as members of Liverpool FC, who recorded the hit single ‘Anfield Rap’. In 1989 Andy McCluskey entered the studio for a three-day session which went so well that Orchestral Manoeuvres In The Dark recorded their 1991 album Sugar Tax at the Pink Museum, spawning hit singles such as ‘Sailing On The Seven Seas’ and ‘Pandora’s Box’. Around 2000, when Haralambous decided to leave the music business in order to pursue a career as a film-maker, McCluskey bought the property and continued the studio’s operations. The torch was handed over to Mike Crossey in 2009, shortly after the original carpeted main live room was remodelled for a livelier, more ambient sound.

Since 2012, the studio has been operated by producer Al Groves, who recalls: “One night we were out drinking in Liverpool, and my friend Mike Crossey told me that he was thinking of moving to London, and that the Motor Museum would be available. We spent a few weeks going over numbers before I sadly had to admit I didn’t think I could make the jump to take it over. Luckily, Mike had decided to stay for the foreseeable future, so the conversation ended. Six months later, I had a text from Mike telling me that he was due to leave at the end of the week, and had told Andy that I would be taking over! Immediately afterwards another text came from Andy McCluskey, and it was either take the big leap of faith, or regret it for a long time. I am really grateful to both Mike and Andy for giving me a little nudge to take it!“

Today, the Motor Museum is centered around a Neve 8232 console with 32 channels, augmented by an outboard collection that includes pairs of Empirical Labs Distressors, ‘silverface’ UREI 1176LN and Cartec Program Equalisers. An Avalon VT-737sp channel strip, a Retro Instruments Sta-Level and preamps by AMS Neve and API complete the picture. The microphone collection has been built around classics like the solid-state Neumanns U87 and TLM170 as well as numerous AKG C414s, yet it also includes more specialised mics such as a Manley Reference Valve Microphone, and ribbons like the AEA R44 and R88 Mk2, as well as a pair of Coles 4038s. 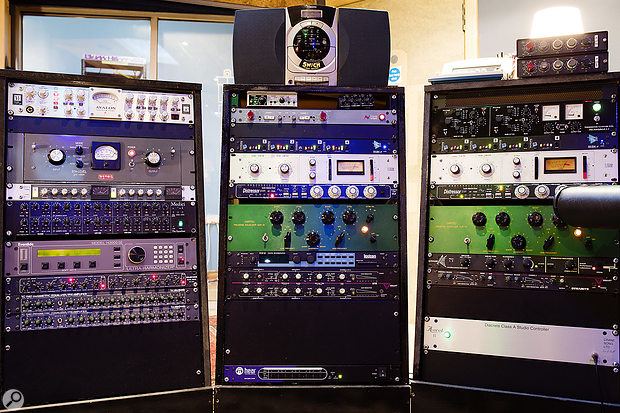 One of the studio’s strengths is an instrument and backline selection that includes a wide choice of Fender, Marshall and Ampeg amplifiers along with keyboard instruments such as a Rhodes piano, Minimoog Model D and Octave Cat synths. Al Groves’ favourite, though, is a vintage 1960s Ludwig drum kit: “It always sounds great!” 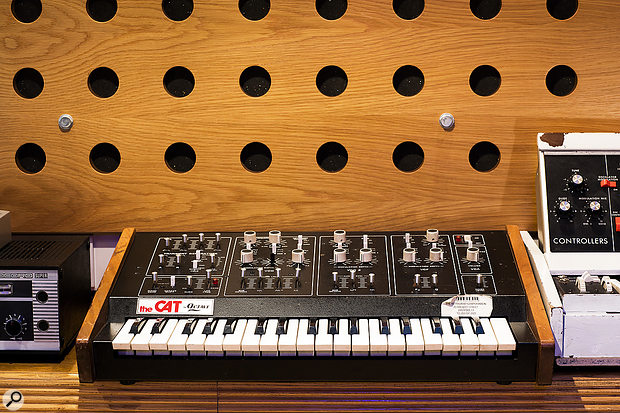 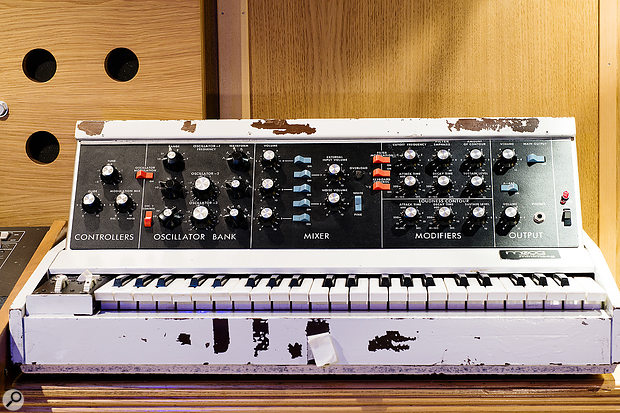 Motor Museum has played a vital role in the careers of several of the most influential UK bands of the past decades. Oasis recorded their first single ‘Supersonic’ here, and Arctic Monkeys used Motor Museum for some of their earliest recordings. Other seminal acts from this era include the La’s, the 1975 and the Coral.

More recently Ben Howard, Jake Bugg, Tom Odell and Tribes have worked at the studio, and current clients include Bring Me The Horizon, Cast and Bellevue Days. These days, Al Groves is seeing a trend towards more specialised, producer-led studios. He concludes: “Being outside of London means I can have a world class studio but at a real-life cost, and a lot of the artists I work with love being able to come away to Liverpool to record. For them it’s like a working holiday!“