If you make music for a living, now's the time to unite with others to protect your rights. 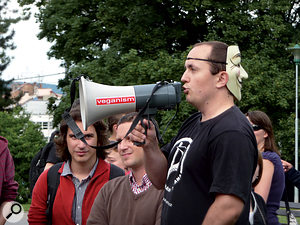 Do you remember that public outcry in the mid-1980s, when all those people were screaming for an end to patents and copyrights and intellectual property? Do you remember all those people demanding that they should be allowed to steal books and records from shops, and that anyone creating something should offer it freely to the world in the name of fairness?

No, me neither. Because it never happened.

But thanks to the Internet and the fact that we all have the ability to commit crimes against creative people and their property, there are some people who think we should be allowed to take whatever we need and not pay for it, simply because we can.

This kind of advanced moral logic has pressured the various European governments to launch as many as 26 different investigations into intellectual property over recent years, with a view to seeing if we'd perhaps all be better off if people who make things like music or books or art would stop being so uptight and greedy, and allow computer users to steal whatever they want. The thinking is that this will make it a whole lot easier and more attractive for the Internet giants to set up headquarters in the UK and distribute our work unencumbered by silly old-fashioned notions such as ownership and paying people for their work.

Interestingly, the attacks on intellectual property are coming from both ends of the political spectrum — not only from right-wing governments eager to suck up to global corporations, but also from hyper-liberal hipster types who hate corporations.

Creative Commons is a so called 'copyleft' movement (you can tell whoever came up with that name steals rather than creates for a living) and it is looking to erode traditional ideas of creative ownership, licensing and publishing and replace it with something infinitely more complex and weak. In short, it says that if you want to take my music, do a remix and stick it on YouTube, then YouTube should be allowed to use it as a product to sell advertising space around. And in the Creative Commons landscape, no-one would have to ask me about any of this. But why stop with creative arts? Why not apply this thinking to any kind of speculative endeavour — patents, industrial design, medicine? Take the latest generation of Alzheimer's drugs and allow everyone to copy and distribute their own homebrew versions. Watch how quickly medical research investment would stop if investors knew they'd never make any money from it. Is that a good thing for any of us?

Similarly under the spotlight is the notion that the life of copyright extends to a period after the creator's death. There is a feeling from many quarters that once a composer or author dies, their estate should no longer be owed royalties. My copyrights are my investments, just as the CEO of Shell Oil's shares are his investments, or David Cameron's house is his. Why aren't the same people demanding that these assets also be handed back to the people on their owner's death?

I've said it before, but as composers, we owe it to each other to be as united against this erosion as we can be, and the British Academy of Composers and Songwriters is our strongest platform to have our voices heard. If you aren't a member yet, you should be.

Sorry about this rather sober and serious Notes From The Deadline. Normal service will resume next month with lots of tales of clients being silly arses.