'We Owned The Night' 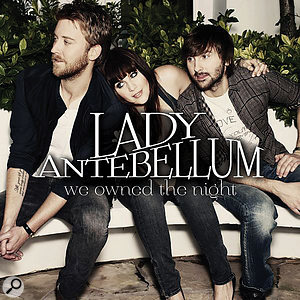 Although this band's country pop sound has scarcely tickled the UK singles listings, their last two records have both topped album charts in the US and Canada, with their latest offering making the UK top five. For me, the star attraction of this second single, from a production perspective, is the vocal editing, which is an exercise in firm but musical control. The pitching and timing are clearly superhuman, especially when you consider the vice-like hold that Charles Kelley's voice exerts over his bandmates' backing harmonies, but whatever behind-the-scenes work this may have involved is worn so lightly that suspension of disbelief is almost effortless, and you can pretty much just get on with enjoying the song. In particular, there's a fine line between fixing subjective sourness in the tuning department, and removing the very pitch variations that make a performance live and breathe. This record treads that line with assurance. Take the second verse, for instance, where the addition of backing harmonies would tend to highlight even slight tuning discrepancies, but the ends of all the lead vocal lines ("beauty”, "kind”, "about her”, and "stand still”) nonetheless benefit tremendously from the kind of expressive pitch-domain vagueness that lesser productions frequently iron out through over-zealous application of Auto-Tune.

Scarcely less impressive, from a mixing perspective, is the effectiveness of the long, slow build-up from the very beginning of the song until the end of the middle section just after the two-minute mark — an unusual feat for any chart single, especially given the way that loudness wars have undermined the effectiveness of sheer volume as a mix tool. One of the standard tricks, of course, is to start the arrangement as small as you can get away with, in this case using just kick and multitracked acoustic guitars, joined at 0:20 by the solo verse vocal. But from then on, the challenge is maintaining a drip-feed of new textural additions without running out of ammunition too early. So the second verse (0:39) gives you snare, toms, supporting electric guitars, and first one, then two backing harmonies, as well as just the lightest dusting of bass and Hammond. With the third verse, the main bass sound arrives, along with some ride wash, backing 'ooh's (as well as generally more prominence in the balance for the backing harmonies) and various steel-guitar swoops, following which the Hammond and guitar solo kick the song up another gear towards the middle section at 1:45. This might not seem like rocket science, listening to the final product, but it takes a great deal of nerve to maintain this degree of restraint during work in progress. Ask yourself, for example, whether you could have resisted the urge, as producer, to add more electric-guitar power-chords or flashy Hammond swirls under "and for a moment” at 0:49 or for the first chorus at 0:59?

The layered acoustic guitars also appear to be supporting the build-up on a sonic level, in that the texture thickens and homogenises progressively, as you can hear by comparing the stereo Sides components of the second and third verses, say. In the light of our SOS September 2010 interview with Lady Antebellum's producer, Paul Worley, it wouldn't surprise me if this were a combination of the 'herd of guitars' he mentioned and a generous helping of fader automation — certainly, there appears to be something of this kind going on at 0:38, filling out the final two beats before verse two.

Comparing the right and left channels of this mix highlights another interesting aspect of the acoustic guitar textures, namely that the opposition-panned spread isn't tonally balanced in the way you hear on some records — the left side sounds distinctly different from the right. Although this is something that some recording musicians reject out of hand for fear of unbalancing the stereo picture, the advantages of a slight tonal disparity between panned double-tracks are that the image will tend to feel wider for a given pan-position offset, and that the picture will combine a little more solidly into mono, giving slightly less of a chorus-like timbre. So if you always do stereo double-tracks on your own productions with the same instrument/mic setup for both sides of the panorama, listening to this track might provide an impetus to move outside your comfort zone. Mike Senior 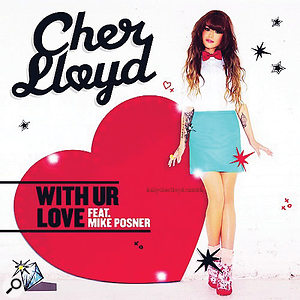 Back in SOS February 2012, I pointed out how the whistled line in Maroon 5's recent smash 'Moves Like Jagger' reinforces one of the song's main vocal hooks. By way of contrast, the opening of this Cher Lloyd song demonstrates how an instrumental riff can be spotlighted by a lead-vocal doubling. Like it or not, the singer commands the lion's share of most listeners' attention in chart music, so this simple technique is a very effective way of drawing people into the details of the backing track — whether you choose to use scat lyrics (as in this case) or something more meaningful.

This is far from the only nice touch in this production. The kick-drum programming is definitely worth close scrutiny, for instance, because of the way it manipulates a number of musical variables to refine the groove. Mike Posner's vocal verse at 2:27-2:46 provides the most stripped-down environment in which to appreciate this, and the first thing to notice is that (of the 11 kick hits in the basic two-bar pattern) hits one, five, six, eight, and 10 all feature both a lower pitch and a much longer subjective duration. To some extent, these two attributes (pitch and length) often go hand in hand, but here the effect has clearly been accentuated by layering in another sound or some heavily-processed parallel channel. There's some velocity shaping going on too, with hit 11 in particular feeling quite a bit lighter. I'm pretty sure that hits two, four, seven, and nine also have a somewhat mellower tone, perhaps by dint of modulated filter settings or a different choice of kick sample. If you're unconvinced of the value of such finer points of rhythm programming, try creating this pattern for yourself without them — I reckon that'll quickly provide ample evidence of their merits.

The highlight of this production for me, though, comes at 0:34, where Cher Lloyd shifts from the percussive vocal presentation of the verse to the soaring pre-chorus line. At this point the mixing supports the vocal beautifully, subtly dusting it with an ethereal quarter-note delay, the return of which sounds like it's feeding wide stereo reverb and chorus patches. However, it's not just the vocal effect that's responsible for the gentle 'blooming' sensation here, because halfway through the first bar, an understated, one-note, rhythmic synth pattern emerges from the shadow of the vocal's opening 'B', and it becomes clear that this has actually been warming/widening the texture on a subliminal level since the start of the section — as you can hear more clearly if you solo the Sides component of the stereo mix. I'm pretty sure there's a 'black ops' synth pad arriving there too, although it's difficult to be certain — I suspect it's there because of the fullness of the texture rather than because I can pick out such a part distinctly. Or, as Darth Vader might say: "I feel its presence.” Mike Senior

'Called Out In The Dark' 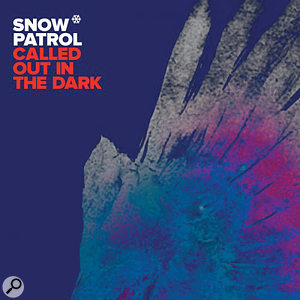 I love how the background hiss is worn with pride during this song's intro — it immediately gives what could easily have been a rather pedestrian line an appealing patina that's immediately arresting, given the general cleanness of most mainstream commercial productions. However, even when that guitar riff takes a more back-seat position as the drums and vocals enter at 0:08, the noise element remains an important part of the overall presentation, making the air around the comparatively sparse arrangement feel somehow slightly smokey, as well as doubtless providing some incidental blending of the mix as a whole.

What really sets this production apart for me, though, is the liberal scattering of interesting ear candy, especially during gaps in the vocal line. In the verses, this mainly comprises a variety of modem-style boops and twitterings, but there are other things to listen out for too: the hand-claps at 0:32 and 0:40, which then turn up again at 1:02 and 1:10, but a bar earlier in the four-bar pattern; the shaker sneaking in slyly mid-pattern at 0:55, rather than arriving at a section boundary as you'd normally expect; and the truncated vocal 'Sh...' which appears at the end of each four-bar iteration (bar a notable absence at 0:40), only revealing its provenance once the pre-chorus vocal arrives with "Show me now...” at 1:12. As far as Snow Patrol fans are concerned, this song is a gift that's likely to go on giving for many a replay

I also like the obvious quarter-note echo clearly audible on the chorus vocals, one of those evergreen effects tricks that can work wonders in binding choppy vocal fragments into a coherent phrase — the repeats effectively bridge the gaps, maintaining a more consistent hold on the listener. Regular readers will recall me applying such delays in a number of Mix Rescues for similar reasons, and mentioning that the effect can quickly confuse the main melody and lyrics if it's left running where there isn't a gap in the phrase for the echo to pop through. The simplest way to avoid this pitfall is to ride the effect channel's fader level, such that the delay surfaces primarily when the lead vocal dies down, but you can also set up a sidechain-triggered compressor to achieve a similar dynamic effect, or else choose one of the small number of dedicated 'ducking delay' processors available, such as TC Electronics' classic 2290 hardware or GVST's freeware GDuckDly plug-in. Judging by what I can hear, I'm pretty confident that 'Called Out In The Dark' is benefiting from some such dynamic effect-control method, because otherwise "listening” and "this is your time” wouldn't reach the ear nearly as clearly as they do. Mike Senior