In which our hero eats too much cheese before bedtime and falls into a strange, Cheddar‑fuelled dream... 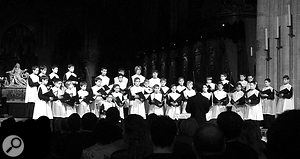 "We will now sing hymn number 343: 'The Vicar Is A Despicable Lying Toe-rag'.”

Imagine if there was an American televangelist who amassed a huge fortune by conning the weak and vulnerable into thinking he was channelling special healing powers directly from the Creator of the Universe.

Imagine if this vile, egotistical person toured the world preying on the desperate and downtrodden, offering fake healing and redemption for the price of admission to one of his bright and shiny stage shows, complete with house band, video screens, theatrical costume changes and booming PA system. He might, during live tours in Africa, make outrageous claims to be able to personally cure AIDS or cancer.

Imagine if he sold DVDs of his special faith-based 'lay-your-hands-on-the-screen' type bullshit to those too poor to afford doctors' fees or too uneducated to know any better. Imagine if his own production company made the video. He'd probably need some theme music for that DVD, wouldn't he?

Yeah, he'd probably need a bunch of music for that project, and he'd probably pay really well. He's stuffed with cash from his various snake-oil-selling business interests, and he'd certainly demand the highest production values. He might even commission a composer.

Out Of The Darkness

I bet he'd really like the music. He might ask for the voices to be really loud in the mix, because they'd be so effective. They'd probably really punctuate the differences between the backwards, warped spoken sounds of the Devil in the first half followed by the glory of the full choir in the second half. The choir would probably sound like they're singing Latin, or something. Yeah, he'd be sure they were singing in Latin. Latin always makes everything sound more awesome. He might actually use that exact phrase.

He might send the composer an email asking that the vocals be "even louder still”. More obvious, in fact, than any other element in the mix, because he liked the sound of them so much. Imagine if he did that.

I bet a man such as that wouldn't even really mind all that much if the composer donated his fee for the job to the Richard Dawkins Foundation for Reason and Science, because the music would be so effective, and in the long run the DVD was going to knock the socks off his congregation of the starving and the desperate.

Imagine if, a few years after the job had been finished, someone, somewhere played the opening music backwards. Imagine the shock they'd get hearing, as clear as day, that the sung 'Latin' of the choir and the 'twisted Satanic spoken voices' were actually singing in three-part harmony and saying (pitch-shifted down a semitone) something unspeakably rude and unflattering about the client. And his claims of healing powers. And his mother.

Wouldn't that be terrible? Yeah, that would be just plain awful.