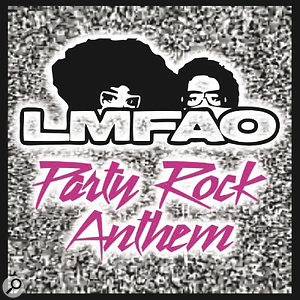 Although I, for one, would cheerfully nominate this track for the hotly contested title of Most Annoying Hook Of 2011, I must nonetheless admit, through gritted teeth, that there's some great production going on here. The first thing that really stands out for me is the kick‑drum programming, which goes well beyond the call of duty in terms of providing variation from section to section, and as such is worth some study. (Even if you have to low‑pass filter everything else to make the process bearable!)

For a start, although this is ostensibly a straight‑ahead, four‑to‑the‑floor groove, the only eight‑bar sections that actually feature their full complement of 32 hits are the opening, the two final choruses, and the outro. In addition, there are six whole sections without any kick at all — more than a third of the total running time, in fact. Elsewhere, different sections drop different numbers of beats for fills at the ends of four‑ and/or eight‑bar sections, ranging from a single beat (as happens three times during the synth riff sections of 0:59 and 2:17) to two whole bars at the end of the second rap at 1:40. And the cherry on top is the last rap verse, where the kick breaks into a completely new pattern for four bars at 2:39, before the beginning of the kick‑less build‑up into the final choruses. I'm not trying to imply that any of this is exactly rocket science, but it's good clean fun and that still counts for something. The kick sound itself is pretty good too, with a better combination of fundamental, pitched harmonics, and razor‑sharp click than I've heard in the charts for a little while — weightier than Jennifer Lopez's 'On The Floor', for instance, and pointier than Martin Solveig's 'Hello'.

There's a selection of nice arrangement tricks tucked away in there, not least (remaining on the subject of the kick for the moment) the one‑beat backing drop at the start of the final choruses at 3:16, which is a quality piece of ear‑candy, and well suited to a track like this that only starts its vocal hook on the second beat of the bar. Effects stunts are many and varied, but my favourites are the abrupt reverb cuts into "shake that” at 0:59 and (predictably enough) after "now stop” at 2:37. The variable reverb levels on the synth riff are entertaining too, providing more reverb on the last note of every two‑bar pattern and a nice wash‑out transition into the final rap verse from about 2:29.

Right, now I'm going to go listen to 'The Chicken Song' for half an hour to get that hook out of my head... Mike Senior 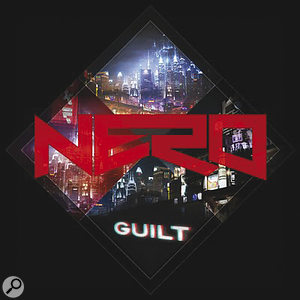 It's been a long time since any radio single has made me sit up and take notice in quite the way this one does, and I just love it to pieces. That hungry predator of a bass synth; the ponderous beat, which nonetheless seems to surge by at breakneck speed; the achingly poignant song‑writing cybernetically implanted into some kind of alien dub‑step mutant. It even gives the nod to Bladerunner, for heaven's sake — what more do you want?! All these applaudable things notwithstanding, though, what I'd like to focus on is how Nero have used various perceptual illusions here to tackle a perennial problem faced by all high‑octane dance producers: how can I get my track to sound more enormous than anyone else's?

Answering this question in practice means conjuring the most convincing illusion of power possible within the same 0dBFS digital output ceiling that everyone has to contend with. Clearly Nero have taken a lead from many other notable dance crossover artists in specifying weapons‑grade loudness processing at the mastering stage, but there's only so far this can take you: either your drums lose definition and level from too much limiting, or they start folding up from too much clipping distortion. All things considered (and assuming that you've left any 'loudness wars' luggage at the door!) Nero's drums make a pretty strong showing in this regard, given the target market — although for my money the kick doesn't take advantage of the comparatively headroom‑light 150Hz zone as effectively as things like Pendulum's 'Midnight Runner' or Deadmau5's 'Ghosts 'n' Stuff', and it therefore sounds slightly hollow and imbalanced against the snare, especially on smaller speakers.

It's also pretty much par for the course that Nero should be using audible, drum‑triggered level pumping as a kind of psychological substitute for raw level — you can hear the backing lurching down several decibels on kick hits in particular. On the one hand this clears arrangement space for the drum hits so that they can speak more clearly at a given loudness level, and on the other hand it tricks your subconscious into thinking that the drums are triggering the ear's own internal safety limiting mechanism — in other words that what you're hearing is dangerously loud! However, I wonder whether Nero could have got more mileage from pumping in this particular track, especially given the prominent fizziness of the upper spectrum. At the moment, what pumping there is feels like it's a little too short on release time, so that it mostly just pulls up the drum sustain rather than introducing a serious mix 'bounce'. Again, Deadmau5 gets more value out of this kind of thing, to my ears. Of course, there's always a danger with heavy mix‑pumping effects that you'll sacrifice the solidity or intelligibility of lead instruments such as the bass or lead vocal, but that needn't really be a stumbling block these days, when most DAW systems make it comparatively easy to feed some of those signals past the main mix‑bus compressor.

The mix's overall tonality is clearly designed to provide some additional smoke and mirrors too, by giving a heavy emphasis to the frequency extremes. Human hearing becomes more sensitive to these spectral regions the more you turn up the volume knob, so artificially boosting them implies to the listener that the music is being played back at a higher level than it is. Again, there's a long (and not entirely noble) history of this in all music styles wherever perceived loudness has been deemed an advantage, but even within this context, 'Guilt' pushes things rather too far for my liking, sacrificing so much of the low mid‑range body in pursuit of subs and sizzle that the illusion begins to verge on parody, and the song as a whole becomes a pretty bruising listen at high levels. While I can see the reasoning for providing a higher perceived loudness for casual low‑level listeners, doesn't this become a bit of an own‑goal if the real fans can't crank up their volume controls without wincing? Mike Senior

Noah And The Whale 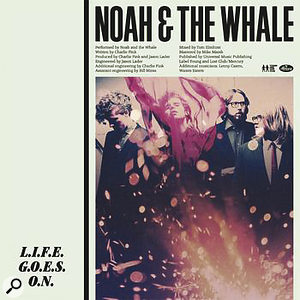 I find the oddball, singalong vibe of this track very endearing, and likewise a few specific production features. The first is the degree of looseness in terms of pitching and timing allowed to the lead vocal. On the face of it, it's possible that the singer's performance has been left completely unedited in this respect, but if Melodyne or whatever was involved (as I strongly suspect), then it's a fantastic example of musical restraint on the part of the producers. The perceived 'centres' of most of the important notes are just tight enough to stop things feeling out of tune/time, but there's enough waywardness in between them to maintain the quirky character of the delivery and offset the rigidity of the drum and backing vocal parts. Comparing the first and second verses in this respect is particularly rewarding — the first feels much looser than the second, which makes sense given that the latter's added harmony line would draw attention to pitch/time vagaries much more readily. My only reservation is perhaps that the middle‑section backing vocals maybe get a fraction too 'Mutt Lange' (think Shania Twain's hoary old 'Still The One', say), to the point where they maybe undermine the alternative credentials a bit. It's a fine line, though.

There are some nice simple arrangement touches too: the tambourine added during the choruses to help the backbeat cut through in the thicker texture; the increase in the apparent number of the chorus backing vocalists as the track progresses (whether by virtue of effects rides, additional overdubs, or both); and the nice understated 'drop' beginning to the final choruses, which keeps the hook fresh enough that the band can squeeze in an extra repeat for luck.

Less appealing to my ears is a rather abrasive frequency build‑up at around 3.5kHz. I have no problem at all with the pivotal role this frequency plays in the record's splendidly up‑front vocal sound, but I don't think enough effort has been made to clear space in this region on other tracks in the mix. The result is that the snare, bass distortion, tambourine, and backing vocals all compete in the same spectral zone during the choruses, making me instinctively reach to turn down the volume knob. The pity is that this harshness could have been effectively tackled either with narrow EQ cuts at mixdown, or with a single band of dynamic EQ during the mastering stage. Clearly it didn't bother anyone at the time, though, so maybe it's just me... Mike Senior 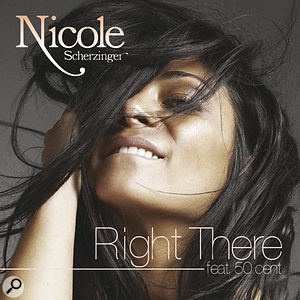 I'll freely admit that the kick drums on this track mystify me. It's not that I don't like the sounds: one is more compact but nicely roomy, while the other is more powerful and upfront, with a tremendous 'Journey To The Centre Of The Earth' pitch‑dive. The thing I really don't get is why the first of these is in the choruses, and the second in the verses. True, the dry/ambient contrast between them makes for fairly standard‑issue long‑term pop dynamics, but the massive imbalance between the stonking low end of the verse and the chorus's rather limp LF rumbling really doesn't support the song for me — especially when the final chorus hits. I was so intrigued by this that I decided to quickly edit out the first kick hit of verse two, low‑pass filter it at 1kHz, and copy it under the chorus kick hits to test my hypothesis. Try it out yourself, but it certainly won my vote.

Which brings me back to wondering what the reasoning was, because I can't quite believe that anyone would have done this inadvertently for such a high‑profile artist. I know some engineers warn against putting too much low welly on your kick drum for broadcast purposes, on the basis that the extreme dynamics processing often applied for transmission may duck the vocals unduly, so maybe this was a factor. But even then I'm left scratching my head a bit, because the vocal syllables only rarely coincide with the kick in this song anyway. It's no use; I'm just going to have to stay puzzled. Mike Senior