Title? Composer for the media. Job description? Squaring the circle... 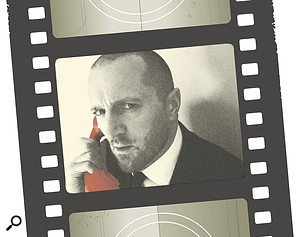 Client: Hi Paul. We love the music you did for the title sequence of the last four seasons of the show, but this year we have decided to remove 4.6 seconds from it. Can you just edit the music to fit?

Me: Hi Jane. Er, sure. But the titles are an incredibly complicated sequence with loads of visual effects timed precisely to the beats and tempo of my track. Why didn't you ask me for the music edit before you chopped the visuals? Then the editor could at least have attempted to make the cuts on the beats.

Client: The visuals have been locked by the channel exec and they were really costly to do and the edit took ages, so they can't be changed.

Me: OK. But I can see from the video that you have removed three bars and two and a half beats from the track. I can either edit the music so there is no jump, which will mean all the hit points after this will be out of sync, or I can keep the hit points in sync, but there will be an odd‑length bar. Either way it's probably going to sound a bit strange.

Client: I'm sure you can sort it out. 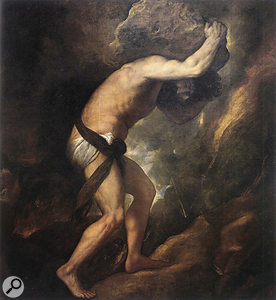 "Call this punishment? I was a TV composer once...”

Me: Hi. I've kept all the hit points and managed to cover the odd‑length bar by using a big sweeping string run and a jazzy drum roll. It's still not musically perfect, but it sounds fine and keeps all the hit points. I'm amazed it worked, to be honest.

Client: Wow. Sounds great. You've made a small mistake with the edited part, though. It sounds like the rhythm trips up or goes weird or something. Fix that and it'll be perfect.

Me: Yeah, that's what I'm talking about. It's always going to sound slightly odd. Imagine a four‑beat bar: if you take three and half of the beats out, no matter what you do it'll always feel a bit uneven. A bit out of time.

Client: Whoooa there, fella! You're blinding me with muso‑speak! All I know is we really need to keep the rhythm going. The show's aimed at young people. They like to hear a good beat. Also, the track feels like it's missing something.

Me: Yes. It's missing three bars and two and a half beats.

Client: No, I mean I feel like I need to hear that bit we had under that section from last year.

Me: Under the section you cut out?

Me: So why did you cut it out?

Client: The channel exec has approved the visuals.

Me: OK. Let me take the section you liked so much that you got rid of it, and put it after the edit.

Client: Hi Paul. Love the new version. LOVE IT! You just need to remember to correct that odd‑sounding bar with the strings and drum fill, and we'll be happy.

Me: Yeah, I'm not sure what else I can try there. We could drop the rhythm out and put a big sweeping effect or something to mask the odd timing, but it's still an odd‑length bar.

Client: Well, can't you make it an even‑length bar?

Me: Not without messing up everything that comes after it.

Client: But it didn't sound so odd last year.

Me: Because it was 4.6 seconds longer last year.

Client: Does that make a difference?

Me: Imagine if a tailor made a suit for you, then you chopped one of your legs off and lost two stone in weight. Chances are the suit wouldn't fit so well any more.

Client: I'm not following. Look, we need it by tomorrow night, so maybe I should get the editor to give you call and explain what we need.

Editor: Hi Paul. And before you say anything, I just want you to know that I've spent three months trapped in a dark edit room with her...