Whether they're the pinnacle of mixing perfection, or they're successful in spite of themselves, commercial mixes always offer plenty of interest if you sit down, listen and analyse — so we decided to launch a new column critiquing the mixing and production of tracks that make their way into the charts each month. If you have views of your own about the production of these tracks, why not check out our new Mix Review forum at /forum to kick off a debate? 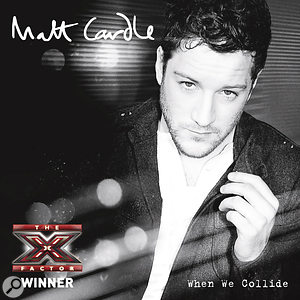 How better to start off a column about chart hits than with the UK's Christmas Number One? Actually, don't answer that... Seriously, though, whether you're a fan of The X Factor or not, there's a lot to learn from this production, if only by referencing against the great opening vocal sound — warm, breathy and intimate, despite the gale‑force pitch‑correction. While we're talking about the opening, let me also draw your attention to savage low‑frequency filtering of the acoustic guitars. Although it's hardly the most natural of sounds (unless you live in a doll's house), it's nonetheless very effective in context, giving the impression of an acoustic guitar in the arrangement, while staying out of the way of the clean electric guitar and lead vocal in the low‑mid range. Indeed, I'd hazard a guess that the lead vocal wouldn't make nearly the sonic impact it does if such harsh EQ measures had not been taken.

Another aspect of the mix that rewards close scrutiny is the warm and beautifully controlled low end, when the drums arrive at 0:24. Although the bass is powerful in the 100Hz region, it rolls off from about 70Hz, leaving the bottom couple of octaves all but free for the kick drum to deliver a satisfyingly weighty oomph, all the way down to 30Hz or so. If you filter out the sub‑100Hz region, however, it's clear that the kick drum still has plenty of higher frequencies with which to punch through, while the LF restrictions placed on the bass (and, indeed, the rest of the mix) ensure that the rest of the balance suffers very little. All in all, this makes for a great compromise between achieving good small‑speaker compatibility for chart purposes, and capitalising on the bandwidth extremes for car, hi‑fi, and home‑theatre listeners.

The biggest challenge of mixing an 'all guns blazing' pop arrangement like this, though, is generating a convincing build‑up without losing drum/vocal clarity, or running out of headroom. The kick drum keeps its head above water on account of its low‑frequency dominance, and also by interacting with the bus compressor — effectively indicating its presence by ducking the whole mix subtly on each hit. The snare can't work these same angles, but nonetheless manages to remain dominant in the mix throughout. There are several reasons for this. Firstly, it's got a very sharp and prominent attack, which slices through the mix fairly effortlessly. Secondly, this attack is followed by a short, but extremely dense sustain, lasting roughly 80‑100ms. I wouldn't be surprised if this was achieved by layering in some kind of parallel gated effect, but whatever it is, it allows the drum to retain its sense of body in the face of increasingly powerful frequency‑masking effects, as everything including the kitchen sink is piled into the arrangement. Thirdly, the reverb treatment helps to increase both the drum's effective duration and its reach across the stereo field — a tactic that becomes applied more assertively as the overall texture thickens, and which has the beneficial side‑effect of increasing the mix's overall sense of size and width at those points.

As I've already mentioned, one factor that aids the vocal clarity is careful EQ bracketing of other parts, but I'm guessing that the possibilities of this method were exhausted before an adequate balance for the choruses could be achieved. I can hear a fair amount of ducking of background parts such as guitars and strings in response to the vocal, whether by triggered dynamics, fader automation, or both. Some of this is quite mild, but occasionally it does get quite extreme, such as under the lead vocal's word 'if' at 1:06 in the first chorus. (Interestingly, this ducking instance only really appears to affect the stereo 'Middle' component — perhaps there's some sneaky M/S processing going on?)

So far, there's much to admire, but I confess to being rather less impressed by how this mix uses the available digital headroom. I'm not squeamish about loudness‑enhancement processing, but here it's taken too far even for me. To my ears, the sound already begins to suffer unacceptably from hitting the digital endstops at the downbeat of the second chorus (2:00). The kick drum simply folds in on itself and practically disappears, where I'd have wanted it to solidly underpin that important section's arrival. My guess is that the mix engineer had nothing to do with the loudness processing in this case, otherwise I reckon he might have done something more to compensate for it by adjusting the mix balance. As for the middle section (2:33‑2:65), the distortion created by pushing the peak‑to‑average reading below 5dB (according to TT Dynamic Range Meter) is pretty unpleasant, not least because the generally clean‑sounding instrumentation doesn't do much to mask it. Even on my grotbox speakers, it sounds like someone has accidentally nudged the radio's tuning dial! Of course, once the middle section has maxed out both the possibilities for increasing the instrumentation and loudness, the only thing left to lift the final chorus is the traditional arranger's admission of defeat: stepping up a key. Mike Senior

Once I got over how much the piano riff sounded like Coldplay's 'Clocks', what was most notable in this Manny Marroquin mix was the surprisingly bassy kick‑drum sound — low end is often very tightly controlled in chart releases, to save on headroom, but here it's particularly loud and proud at around 45Hz, and the bass is also full‑sounding above it in the 60‑90Hz region. However, the cost of the powerful kick/bass combination and good vocal intelligibility is audible when the chorus hits: the additional instrument layers required to expand the arrangement at that point have to be pushed very wide in the stereo field to give them any illusion of size without adding too much level or clouding the central instruments. The result is that mono compatibility suffers, with the backing vocals and stereo synths taking a bit of a dive in the mono balance. Whether you think this is a good state of affairs is, naturally, a judgement call, and I suspect that it was no accident here, because a similar situation arises in one of Marroquin's other recent high‑profile mix jobs, Rihanna's 'Umbrella'.

Some nice general production touches also caught my ear. The first is the way the second half of the chorus is truncated to give an unusual 14‑bar overall duration. Rebelling against the tyranny of the four‑bar unit is always a risk in the charts, but when it's done as smoothly as this, I think it does give the music a lot more character. (For another great recent phrase‑extension example, check out the final rapped verse of Eminem's 'Love The Way You Lie'.)

Another thing to highlight is that the snare is only added at the start of the second verse. This is such a simple thing to do, and often an extremely efficient way to ramp up your arrangement, but how often have you tried it? The problem is that if you're used to how your drum groove sounds with the snare in there, it'll always sound odd to you without it. However, a listener coming to the song fresh won't have nearly as much difficulty with a snare‑less sound at the start of your song, because they don't have that expectation of it being there. Indeed, if you compare the first and second choruses of 'Grenade' side by side, the first begins to sound a bit lame by comparison, even though it doesn't come across this way in its proper context at the start of the song. And speaking of lining up different sections, it's quite instructive to phase‑cancel the sparse kick+piano section at 1:09‑1:14 with the beginning of the second verse (1:18), as this demonstrates how little of the snare drum's perceived weight is actually coming from the snare sample — most of the apparent low-mid range is actually provided by the kick. Mike Senior 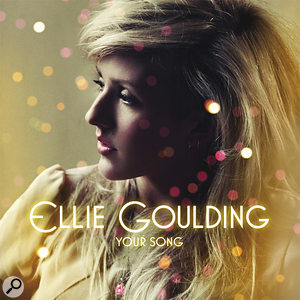 Ellie Goulding's tremendous vocal performance was more than enough to carry this song into the charts, but personally I can't help being underwhelmed by the instrumental arrangement, which reminds me rather too much of something out of one of those 'one man band' arranger keyboards! I mean, come on — surely there's more to life than eighth‑note piano chords? And I pity the poor, wasted cellist, whose only relief from uninspired chordal padding is the self‑conscious-sounding fill at 2:27. I'm not asking for jazz‑fusion here — the spotlight should undoubtedly remain on Ellie, after all — but those instrumental parts almost completely miss the opportunity to support or enhance the vocal line.

I'm not totally convinced by the sonics either, even though Goulding's performance kicks arse and the vocal sound is pretty respectable too. The piano feels bass‑light, for a start, and the presence of a spurious sub‑50Hz environmental rumble at 1:08 suggests that this is down to recording choices, rather than filtering at mixdown. The cello sounds even more anaemic, as if it's been miked too close to the instrument, and it doesn't blend well with either the piano or vocal. Yes, I know, you could argue that this puts the project into the 'authentically/endearingly rough‑hewn' category, and that the overall lightweight mix tone deliberately serves to contrast with the rumbling LF of the climactic bass‑drum entry at 2:29 — but I just don't buy it. For my money, Adele's 'Make You Feel My Love' (which also recently enjoyed a return to the charts) works much better on all these counts — it's got a more musical (though still reserved) arrangement, great‑sounding piano and string recordings, and some subtle low‑end support from an additional bass line. Mike Senior