It's lovely to be appreciated — up to a point... 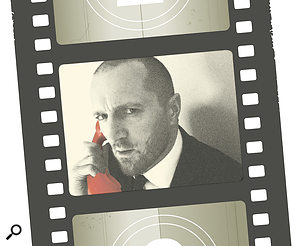 I have always been slightly bemused by people who collect things. It's always seemed to me to be a bit of a creepy obsession, where the need to complete a collection can be more important than the objects themselves. An itch you enjoy not being able to scratch. A fetish.

For some people it's rare comics, for others it's porcelain teapots or dead butterflies. And just occasionally, it's the 'Traffic and Travel' music from the 1992 Kidderminster FM Christmas jingle package.

One of my first‑ever jobs was working for a company that made production music for local radio stations, and most weeks some hairy‑palmed enthusiast would ring up requesting copies of the latest jingles to "add to their collection”. I found it as unsettling then as I do today — only now that my music has been performed globally, the depth, scope and variety of anorak‑wearing oddities who beat a path to my inbox has been one of the most disquieting, and occasionally truly startling, aspects of my career.

Eyes On The Prize 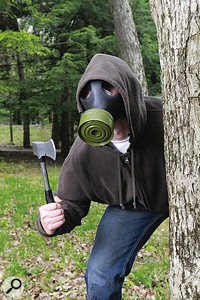 "Fob me off with the edited version of the bed track, would you? We'll see about that!”

You can't walk into a shop and buy most commissioned music, so you have to track down the poor bastard that made it and beg for copies. In the eyes of the collector, it fulfills the object of having something you need to 'hunt', where only the bravest and boldest is likely to come away satisfied. Apparently, if you hack into the Playstation game of The Weakest Link, you can rip the music files from it, but for some reason they never included the music from the last two rounds as part of the game. Guess which tracks collectors always tell me are their "most favourite” part of the package, which would make them really grateful if I would "send it to them as a high bandwidth file? Preferably a WAV but MP3 will do”? I have received 18 emails of this kind in the past 12 weeks alone. And the show has been on air for more than a decade.

Needless to say, the darker corners of the Internet have not helped to dampen the enthusiasm and inter‑nerd rivalry of these people. And if you are hoping for a career as a TV composer, it's perhaps worth taking a moment to consider the chances that one day you, too, might be the recipient of a desperate, sweaty‑handed email pleading for (and I quote) "ALL the Krypton Factor end of part stings, tension beds and sound effects — NOT JUST THE TITLES AND END CREDITS!!!” Could one legitimately call the sender of that email a music lover? What might he consider to be a romantic night out? I shudder to think.

I once had a death threat from an unhinged racist in Albania who was a massive fan of John Lennon and hated Eminem. From what I could gather, he really didn't like the fact that John Lennon and Eminem had both been at some point recipients of a BMI Composer Award. He somehow found out that I was also a recipient of the same honour and, apparently not being able to track down a working email address for "The Liverpudlian”, he thought he'd tell me all about it. "You're dancing on thin ice if you know what I mean” he warned me in a dark, snarling and rather badly punctuated email.

At least while telling me he was going to kill me he stopped short of asking me for any of my theme tunes. So I sent him some.