Some broadcasters will stop at nothing to save money, even if that means blatantly ripping off composers. So always look at the small print before you leap. 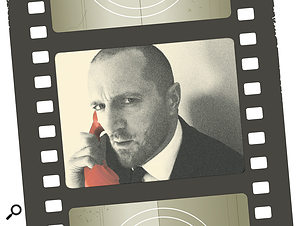 Until recently, if you'd asked me, I would have said the three biggest cons in life were probably religion, alternative medicine and airline frequent flyer miles.

The first two are, self‑evidently, massive confidence tricks designed to prey on the weak and vulnerable: but the true meaning of contrived, howling emptiness only really becomes apparent with frequent flyer miles after you've collected a few and tried to use them for anything. For example, I bet you thought one collected 'mile' was equal to and redeemable against one actual mile of air travel. Right? Haha, you big sap. I'm looking at an airline's loyalty miles scheme here, and it tells me that I'm going to need 50,000 of them and £233 to get from London to Los Angeles on a return economy ticket.

LA and back is a round trip of 10,800 miles, meaning that each of their 'miles' will only take me, in reality, little more than 300 yards. And in order to earn enough of them I must first have already spent 50 grand using one of their credit cards, then coughed up another £233. Strangely, it also offers me the chance to buy some more miles to use for the ticket, which is a bit like selling pre‑grated cheese handily compacted into a big solid block for easy storage.

The Meaning Of Forever 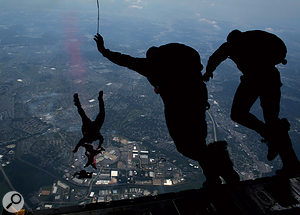 "They might have warned us about the air miles thing before we got on the plane...”

However, I saw something else to add to the con list this week, when a large American TV channel tried to get me to sign a contract that had the emphasis firmly on the first syllable of that word. I'd done some music for a series made by a UK production company, and their broadcaster in the States insisted on issuing the contracts. The commissioning fee was, as usual, laughably small, so the only real money would come from the performance royalties. However, some careful scrutiny of their wording revealed this seemingly innocuous little phrase:

"A direct licence is granted by you for exhibition of the production on their network in perpetuity.”

Which, in layman's terms, means 'You won't earn any performance royalties from this music, no matter how many times we use it.' They could broadcast the programme on a loop from now until the sun is extinguished, and I would never see a penny.

This sneaky attempted bypassing of BMI and ASCAP (the American equivalents of PRS) is their way of trying to trick the composer into signing away absolutely all rights, for both broadcast and mechanical reproduction on DVDs and so forth. Forever. Presumably, the channel hope that if they pull this trick enough times, they won't have to bother buying blanket agreements and will eventually not have to pay for music at all.

Don't Give The Game Away

Fortunately, as a member of PRS, I am not allowed to grant such rights according to the rules of the society. I told the broadcaster's legal department as much in an email, but included in my reply some fruity Anglo‑Saxon adjectives and a few references to their mothers' sexual history which I thought adequately reflected my feelings towards their proposal. I was so angry I would have got on a plane and told them in person, but I'm trying to save my loyalty miles for a new toaster.

Times are tough: musicians are struggling, a mile is now apparently only the length of two and a bit football pitches, and it appears that some broadcasters are trying to use composers themselves as a weapon against the collecting societies who are the only people left trying to fight for composers' rights. How reassuring, then, that in this world of endless hostile change, some things remain comfortingly consistent. As least homeopathy has always been bollocks.