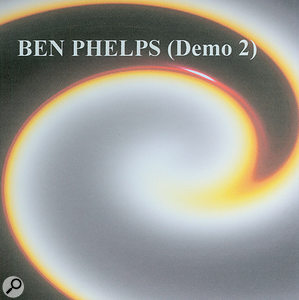 Singer‑songwriter Ben Phelps "has been writing music for over 10 years”, but his production skills are, to put it mildly, under‑developed.

Let's take as an example the third song on his EP, 'Dance All Night'. What impact it has is dissipated by the fact that it's ridiculously quiet next to the acoustic track that precedes it. It's based around a faux '80s synth‑funk groove that is tidily programmed, but has so little bottom end that it could be a high‑pass filtered drop in a house record. And in place of the smouldering, sensual R&B vocal that would typically set off such a groove, we get Ben mumbling apologetically in the background. Most odd.

Opener 'You Want To Be' is equally peculiar, featuring, as it does, nasty DI'd acoustic guitar, too much vocal reverb, and kick and snare sounds that have wandered in from a hair‑metal track, leaving the rest of the drum kit behind. The icing on this bizarre confection is a series of directionless and wholly atonal slide‑guitar licks. Ben's "long‑term aim”, apparently, is "to write music in different styles and to collaborate with other artists”. Mastering one style would be a start. Sam Inglis 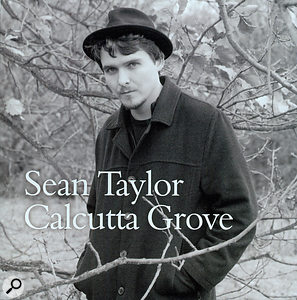 Many of the most successful singer‑songwriters of the past half‑century did not garner their success purely through the quality of their voices, the structure of their songs, or the tone of their lyrics. All the truly great artists, in my opinion, have captivated their audiences with unique interpretations of their material. The way they, as an individual with unique feelings and experiences, put a piece of music across can be as important as the material itself. This theory does, of course, assume a basic level of competency, and it's not here that I have a problem with Sean Taylor as an artist.

Taylor has decent slide‑guitar and finger‑picking skill, along with a hushed and smooth vocal style, which suits the music. The bluesy, folk‑tinged material is dark and dreary, though mostly tonally pleasing. And at points we're even treated to a discernable rhythm.

However, what's utterly lacking from Calcutta Grove is anything unique or captivating in the performance. Taylor obviously fancies himself as a bit of a poet, if the 'official' haiku and the 'wisdom' page on his web site are anything to go by. This, dare I say, pretentiousness, is masking the personality of the artist and, therefore, the material. It seems Taylor wants to be a particular kind of singer‑songwriter, and this is at odds with the performer he actually is; hence what I can only assume is a put‑on American accent.

It definitely doesn't help that Taylor's vocals jump around in the mix, serving only to swallow him up in less well‑performed sections, but the real problem here is that any similarly abled musician could pick up this material and sound pretty much the same. With obvious self‑propelling qualities, however, I dare say Sean will find a way of turning this 'non'‑style into the 'Sean Taylor' style. Nell McLeod 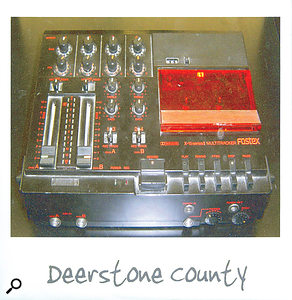 Deerstone County discreetly bury the name Kings Of Leon in the middle of a list of influences that runs from the Band to the Who. They are fooling no‑one. Such is their attention to detail in matters of Kings Of Leon‑ness that three of them even go to the extent of being brothers. Short of moving to Nashville and recruiting a lavishly bearded cousin, it's hard to see what more they could do to emulate the Followills. I wouldn't bet against them having a little Kings Of Leon shrine somewhere in the corner of the studio. Sam Inglis 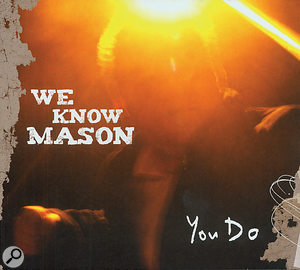 We Know Mason are a four‑piece indie‑rock outfit whose oeuvre is pitched, like pebbles down a drain, into the narrow gap between Oasis and the Stereophonics. There's plenty of self‑belief and passion in their playing, and it's all been pretty well recorded, but the material and arrangements are depressingly plodding and predictable. What are intended to be thrilling riffs and soaring, anthemic melodies actually come across as tired and repetitive, while lyrics that are presumably supposed to be gritty and down‑to‑earth in fact consist of a string of worn‑out cliches. If Oasis and Stereophonics are meat‑and‑potatoes guitar bands, We Know Mason are the vegetarian alternative. Sam Inglis 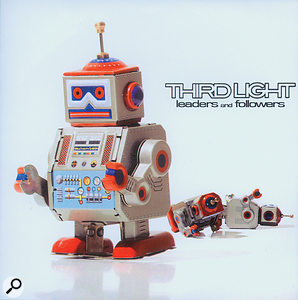 "Followers is all we are” is a chorus lyric that strikes rather close to the bone, coming, as it does, from a guitar band who even their best friends would have to describe as derivative. They have also chosen, alas, to follow modern tastes in the matter of compressing their mixes to crap, and to follow Noel Gallagher in employing rhymes that give doggerel a bad name. Despite everything, though, Third Light have a genuine aptitude for constructing the epic soundscapes and vaulting melodies that are required in this particular brand of not‑very‑alternative rock. Sam Inglis 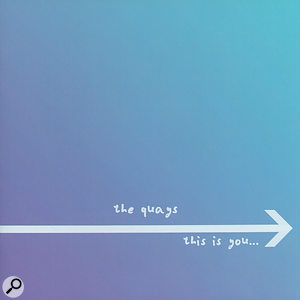 The Quays were the recipients of a very favourable review by Playback overlord Sam Inglis two years ago. This allows me to utilise a particularly lazy method of review writing: wholehearted agreement. Their tighter‑than‑tight performance on This Is You does not disappoint, and their punk‑pop style is refreshing in its individuality. The guitars maintain a clean and un‑muddied base for sweet, nicely harmonised vocals. The drummer here deserves a special mention, also, for driving the rhythm in a subtle but supportive way. With catchy melodies, skilled arrangements and a commitment to practising, This Is You is highly recommended. Nell McLeod 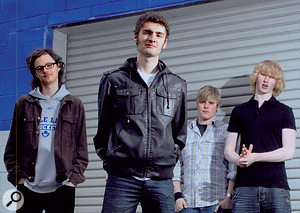 I realise that progressive rock is a serious sort of endeavour, where concern with one's image and appearance is frowned upon as superficial. Even so, it's a bit self‑defeating to send out a press photo that makes your entire band look utterly gormless.

Said not‑at‑all‑flattering photo suggests that A Torn Mind are still in their mid‑teens. However, instead of painting their bedrooms black and complaining that everything is so unfair, these four Scottish youths seem to have spent their adolescence learning the complete works of Genesis. Their own material harks back to the golden age of prog, yet updates it with modern drum and guitar sounds. It is, in short, thoroughly impressive, from the thoughtful arrangements to the confident musicianship, and is let down only by some distinctly cheesy keyboard work. And that awful photo. Sam Inglis 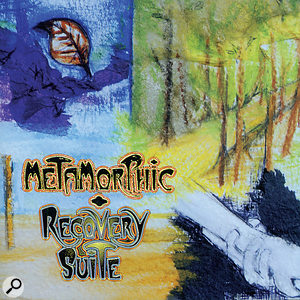 Metamorphic are a six‑piece jazz band led by pianist Laura Cole, and they're great. What's particularly great about them is that they blend rock influences into their sound without ever falling into any of the cliches of jazz‑rock, or employing a guitarist. Beyond a bit of overdubbed wind noise, there's little here by way of obvious processing and effects. Instead, they rely on their ability as musicians to create a huge range of moods using staple instruments such as drums, double bass, piano and saxes. It's an impressive reminder that eclecticism need not be a matter of owning more effects pedals. Sam Inglis

There Was A Hero

Empire State have many good qualities, but unfortunately, the ability to play in time is not one of them. Still more unfortunately, the track they've chosen to open their EP is by far the worst offender. Their efforts to craft an Urban Hymns‑era Verve mood are fatally undermined, not only by the fact that none of them seems able to locate the beat, but also by horrible synth string sounds and a rhythm track that somehow manages to combine the wooden sound of a drum machine with a distinctly non‑machine‑like sloppiness.

It's a shame, because despite all this, Empire State do have their strengths. Chief among these is a fine lead vocalist, while the mix balance is actually pretty good, and their playing improves dramatically on the third song, 'Forget Me In Your Photographs'. The others stand in dire need of re‑recording. Sam Inglis 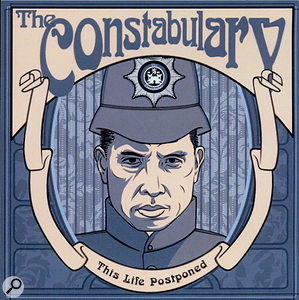 Pleasingly, This Life Postponed is actually the work of a serving policeman, one Stephen Hirjak from Seattle. His groovy cover art led me to expect a blast of whimsical '60s‑style psychedelia, but it is rather to the '80s that his music harks back, and although he namechecks Coldplay and the Killers, I'm not sure those bands are the most obvious comparisons. His material is mercifully devoid of plodding eighth‑note guitar chords and cheesy synth arpeggios. Instead, with its dense layers of guitars, busy drum parts and swathes of ultra‑bright reverb, it's altogether more interesting, albeit sometimes rather indigestible — it's at its best when it has space to breathe, as on 'This Broken Picture'. Uneven, but worth persevering with. Sam Inglis