In October last year, Taylor Swift’s record company accidentally released eight seconds of white noise for sale on the Canadian iTunes store. The fact that it was presented as the first release from her eagerly awaited 1989 album caused something of a stir. Titled ‘Track 3’, it was snapped up by eager fans at $1.29, and automatically downloaded on behalf of the many people who had pre-ordered the album. As a result, it shot straight to the top of the Canadian iTunes chart. Baffled fans took to Twitter, scratching their heads at the pop superstar’s daring, experimental new direction.

Delivering our music to our clients is a less public process, but is likewise fraught with problems. Back in the old days, our jobs largely consisted of telling fibs about when CDs in Jiffy bags were posted to clients. But not any more. These days we upload our files to the cloud and instantly fire them into the laps of our clients, inviting instant praise/feedback/indifference. Even the humblest personal computer can now handle previously unimagined levels of audio editing and multitrack playback, and, as such, there seems to be a trend emerging where some clients appear to want to get their hands on the multitrack stems of my music and have a go at mixing it themselves. This is a worrying development for all sorts of reasons. 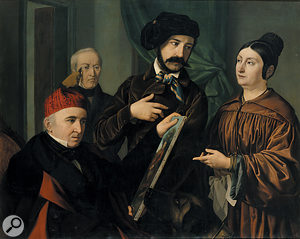 “Of course we like it... it’s just that if you could supply all the different colours separately, it’d give us more flexibility at the hanging stage.”Firstly, there’s the quality issue. How do I know what kind of studio and what kind of ears are going to be doing the mix? Will they understand about the multi-band compression settings I like to use? What kind of outboard gear could be employed in the shaping and polishing of my music? Do they have some sexy reverbs? Do they understand about EQ, dynamics and mastering? You’ll hear phrases like “It’ll give us flexibility in the edit,” but in reality this translates to “The final mix of your work will be handled by a runner in the corner of the production office eager to test out the new Beats by Dre headphones he got for Christmas using GarageBand on his iPad.”

Secondly, there’s the copyright problem. There is a wide degree of variance in the rights granted to you by different sample and soundware libraries. Some manufacturers don’t allow you to use their sounds in library music; others are OK with it; and some say you must seek individual permission from them in such cases. Given that nearly all broadcasters have their own music libraries now and are keen (as you should be) for new works to be added to their music databases for exploitation on other projects, the line between commissioned and library music is so blurred as to be non-existent.

It’s a complicated legal minefield, and the devil (as always) is in the small print — but one thing that all soundware houses seem to agree on is that you can’t present their sounds ‘dry’ or in isolation. This is completely understandable, as it technically constitutes a redistribution of their raw product. But where does that leave you if you’ve been asked to supply the solo drum loop stem for a commissioned piece of music you’ve composed, and the contract your client sends you (these usually arrive weeks after the music has been delivered and the show has aired) requires you to allow them to use it on a music library?

But perhaps the biggest problem is that it represents another in a depressingly long line of erosions of our craft by the assumption by our clients that someone other than you knows more about (or is invested in) making your music sound as good as it possibly can. The trick is to get your clients to trust you. The only way you can do this is to put in years of consistently good work, without complaint for next to no money. Or alternatively slag off all the other composers you know. Either is fine.

Mastering Essentials Part 3 - How loud should I master?
1 week 3 hours ago.