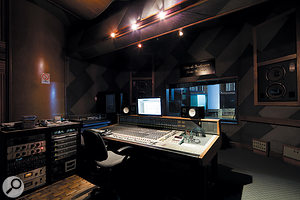 Unusually, the Discos Fuentes control room is based around a Sony MXP 3000 analogue mixer.Frequent readers of our Studio File column could be forgiven for thinking that great recording studios are found only in Europe and the United States. Most of the music propelling the global pop industry is written and performed by English-speaking artists, and the lion’s share of it is still recorded in the traditional centres of the music business. Cities such as Los Angeles, New York and London have always been industry centres, and they have kept their status throughout the music business’s many changes. 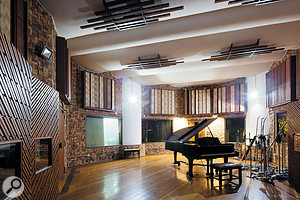 The large live area boasts a Yamaha grand piano.However, the global recording community encompasses far more than the familiar handful of North American and European cities. Many countries have their own music scenes, more or less connected with the international pop mainstream. Hand in hand with these you’ll usually find studios with a long and rich history of music recording, and often with cultural significance to their respective countries and music scenes that is second to none. Discos Fuentes, located in an industrial district in Medell n, Colombia, is just such a studio. Linked to a record company of the same name, the venture can be traced back more than 75 years, and the studio has occupied its current premises for an impressive 55 years.

The tale of Discos Fuentes begins with a man of legendary qualities. Antonio Fuentes was born in 1907 in Cartagena, near the Carribean coast of Colombia. He was sent to the USA by his parents to study chemistry and pharmacy, so that he could take over the family’s laboratories. But Fuentes specialised in economic sciences instead, and he picked up the violin and later the Hawaiian guitar. He lived in the USA in the heyday of jazz, and he became an ardent music enthusiast. When Fuentes returned to Cartagena in 1932, he founded his own radio station, Emisora Fuentes, where he also conducted his first recording sessions — simply by switching off the transmitter and capturing the music on acetate or primitive wire recorders. Only two years later, Antonio Fuentes founded his record company Discos Fuentes. It was the first record company in Colombia, and remains one of the oldest recording enterprises in the world. Discos Fuentes became one of the leading distributors of Colombian music, and the first one which gained access to the North American market. 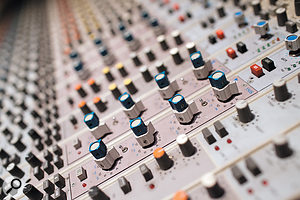 The MXP 3000’s open format has permitted several channels to be refitted with API preamps and equalisers. 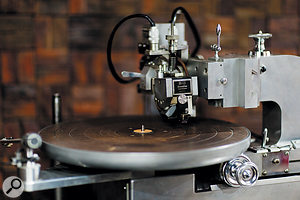 Discos Fuentes retains a lot of original equipment, such as this Scully cutting lathe. 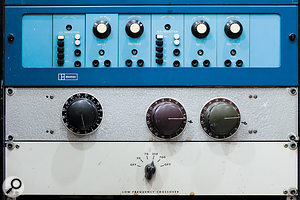 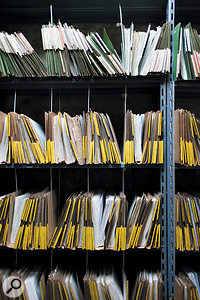 A huge archive stores items from the company’s 75-year history on site.After years of successful business, the company was moved to Medell n. Initially, Fuentes rented radio studios and other temporary venues for recording, but finally he decided to build his own studio. Discos Fuentes opened around 1960, in a then-quiet, rural suburb which later became a bustling industrial area. The building contained the entire record production chain: recording studios, cutting facilities, plating rooms, mechanical shops, a record pressing plant, distribution offices and those for the graphic artists. The company even produced the chemical compound used to make vinyl records on site!

As Tony Peñarredonda, head of engineering at Discos Fuentes today, recalls, the actual studios were conceived as “top of the line” from the beginning, and over the years they were equipped with RCA, Electrodyne and Quad 8 consoles. Antonio Fuentes moved to the USA in 1975, but the studio remained in the hands of his family, and although the daily business is overseen by local management, the studio is still owned by Fuentes’ sons and grandsons.

While Discos Fuentes’ recording facilities proved very successful in the analogue era, it was felt that some updating was required for the emerging world of digital recording, and the entire studios were remodelled in the early ’90s by a team led by George Augspurger. The goal was to maintain the originial “acoustic fingerprint” of the studios, as Tony Peñarredonda puts it, but achieve better sound separation more suitable to the high dynamic range of modern digital recording. Around this time the technical setup was upgraded too, and a Sony MXP 3000 console was installed in the main control room. This desk shares some similarities with the MCI 600-series (MCI had been bought by Sony), and it boasted an interesting ‘open’ concept, with a number of third parties offering channel-strip replacements. Some of the channels at Discos Fuentes have been upgraded with API preamps and EQs, which are technically comparable to their 212L and 550B modules.

The studio also retains a good selection of equipment acquired during earlier stages of their long history. This includes a Sony DASH recorder, a pair of original Teletronix LA 2A limiters and other outboard by Tube-Tech, Summit Audio, Lexicon and Eventide, as well as a microphone collection including classics such as the Neumann U47, U67, U87, AKG C414 and Bruel & Kjaer small-diaphragm mics, along with a Sony C 800G with its distinct cooling system.

Discos Fuentes remains the oldest and largest studio in this part of the world, and it has attracted not only Colombian artists, but also musicians from neighbouring Latin American countries such as Peru, Ecuador and Venezuela. Famous artists who have recorded at Discos Fuentes include Joe Arroyo, La Sonora Dinamita, Los Corraleros de Majagual, Rodolfo Aicardi and Helenita Vargas, while much music from the more traditional genres cumbia and vallenato — described by Tony Peñarredonda as the “treasure of Colombian music“ — has been recorded at Discos Fuentes.