‘Mary Did You Know’

Since their 2011 victory in NBC’s The Sing–Off, Pentatonix have dragged a capella vocal arrangement firmly into the mainstream, recently delivering one of the biggest–selling US albums of 2014 in the form of their seasonal release That’s Christmas To Me. In the process, they’ve had to solve a perennial problem that any vocal–only group faces when trying to compete in the charts: how do you achieve the rich, powerful bass sound that many listeners now expect of commercial productions? 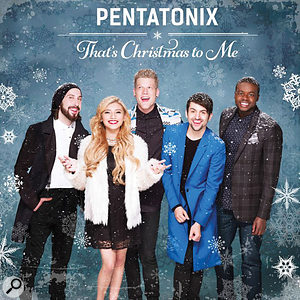 In purely acoustic terms, any bass singer’s maximum singing volume diminishes fairly rapidly as you head below C3 (an octave below ‘middle C’), the lower frequencies of the notes weakening disproportionately as they retreat below the main resonances of the (relatively small) human vocal apparatus. For amplified groups like Pentatonix, this issue can be fairly easily addressed by turning up the bass singer’s mic level in the mix, and ladling on the LF boost via a mic with strong proximity effect and additional EQ processing. In this case, it’s pretty extreme: put the mix through a spectrum analyser and you’ll see that the level of the bass’s fundamental frequency is comfortably 9dB above that of his first overtone, pretty much irrespective of the pitch.

But there’s also a natural limit to how low any singer can go, with notes below C2 usually being out of the question, effectively limiting the bass part’s LF reach to around 60Hz, no matter what mic or EQ you use. So the fact that this record clearly has pitched information in the 40–60Hz range makes it clear that Pentatonix have supplemented the singer’s natural frequencies with some kind of subharmonic synth... which somehow seems rather fitting, given how the Nashville–strength tuning and heavy mix effects practically transform the upper voices into synths much of the time! Mike Senior

This is an arrangement that clears the stage for the star by putting his voice unusually loud in the mix, dwarfing the backing ensemble. This is something I traditionally associate with the heyday of the 78rpm crooner, and it’s actually surprisingly rare in chart releases nowadays — I can only immediately think of single–instrument ballads such as John Legend’s ‘All Of Me’ or Adele’s ‘Someone Like You’ that can hold a candle to it in that respect. As such, this modern example of The Larynx That Ate Manhattan is a great reference for engineers (myself included!) who occasionally fight shy of spotlighting their lead line sufficiently: if it’s quieter than Ed, then you still have some wiggle room! Bear in mind, though, that part of the trick to maintaining the illusion of a full backing under such circumstances is to ride up the instruments in the vocal phrase gaps — as in the case of the piano fills at 1:15, 1:48 and 2:04, to mention just a few. 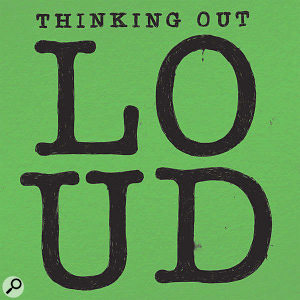 And what a vocal performance this is too, chock–full of ‘tingle’ moments — from the lightly worn virtuosity of “now” at 1:12 and “how” at 2:31; to the fluidly targeted phrasing of lines like “forever in my mind in memory” at 2:21; to the impassioned raggedness of “baby, now, take me into your loving arms” at 2:55. But what makes it even more splendid is that it’s mercifully free of the neurotically excessive pitch–correction that I frequently complain about in this column, proof positive that you can slay the Billboard single and album charts without turning yourself into Vocaloid. I can’t guarantee that Sheeran’s natural pitching hasn’t been tweaked in any way, of course, but the point is that it doesn’t sound like it has been. In other words, although plenty of notes are slightly off pitch (I counted at least half a dozen just in “thinking out loud, maybe we found love right where we are” at 1:33–1:42), the overall framework of the vocal remains fundamentally in tune, and the end result is much more intimately unvarnished and affecting. Mike Senior

There’s definitely a taste of the ’70s to the drum sound here, in that each drum and cymbal feels very exposed, there’s little in the way of overall room sound to bind everything together, and a long, low–level tail of reverb has then been added at mixdown. Getting a sound like this is actually quite tricky in small studios, usually involving a good deal of DIY acoustic absorption (taking care not to absorb high frequencies inordinately) and some high–pass filtering of the overhead mics. The placement of the other mics often becomes more critical too, because you’ll be trying to find satisfying tones without being able to rely nearly as much on spill contributions from the (usually more natural–sounding) overheads. Once you’ve achieved a suitably dry raw recording, however, the reverb shouldn’t present too many challenges. Anything with a long tail, a healthy pre-delay, and not too many early reflections should do the trick, without submerging the kit in the mix — give or take a bit of EQ in the reverb return. 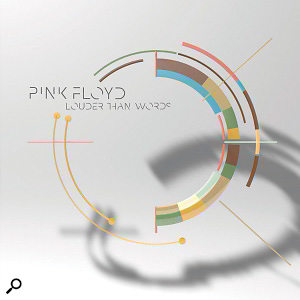 The vocal tonality is interesting too, with a slightly hollow mid-range that manages to lend a certain etherealness to the singing, despite a respectable overall vocal level in the mix. I’d normally expect more energy around 1.5kHz for modern rock vocals, to keep them solid–sounding and upfront on cheap mass–market playback devices, but those concerns become a lot less relevant when the singer wants to be more enveloped in the band texture and you’re targeting Floyd fans who likely care a lot more about hi–fi than your average punter! However, I’m less crazy about the way the spectral emphasis above 5kHz makes some of the high–frequency consonants wince–inducing on occasion (check out “these times” at 1:17 or “this thing” at both 1:24 and 3:27, for instance). A shame, because I’d have thought a bit of extra automation at the mix (or even in mastering) could easily have removed those unnecessary distractions. Mike Senior

This production is packed with ear–catching little arrangement features, but the thing that impresses me most is Ronson’s mastery of textural complexity. On one level, I love the way he fits multiple musical elements together like a jigsaw, so that each has room to shine without the others getting in the way. The section where the bass first enters (0:33–0:50) provides a simple case in point, with the super–wide “doh, doh, doh” BVs giving way to the “hot damn!” shout, and then that dramatic backbeat synth stab, before the cycle begins again — and, of course, all of that going on while 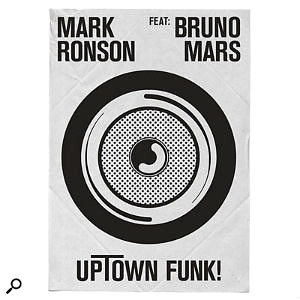 But what sets Ronson above many of his contemporaries for me is that he doesn’t just wallow in small–scale musical bead–threading, but also maintains his grasp on the bigger picture, hitting us with many bold, broader–brush production moves too. For instance, transplanting those house–influenced build–ups into what is essentially a retro funk–pop workout is both inspired and courageous, not only unsettling the listener through the stylistic crossover, but also by fundamentally altering the nature of the groove — a considerable gamble in arrangement terms. He’s not shy with stark textural contrasts either, setting the complexity of the layered funkiness into relief both on the structural level, using frequent sections with stripped–back beat and vocals, and also from moment to moment with beautifully straightforward ‘sit up and take notice’ gestures such as the “Stop.. wait a minute!” drop at 1:32 and (easily my favourite fill of the year so far) the sudden collapse to unison at 4:08.

A worthy hit, which not only pays homage to those iconic Quincy Jones and Trevor Horn productions of the ’80s, but also deserves to hold its head high in their company. Mike Senior

One of the truisms of radio–targeted production is that you’d better hook your listener in early on or they’ll switch stations, and many producers basically translate this into ‘hit them with the vocal hook within the first half minute’. However, this smash hit demonstrates how you can just as effectively hook ‘em with the band arrangement instead, by virtue of an iconic intro which also happens to feature one of my all–time favourite rhythmic stunts (and the bane of air–guitarists the world over): the way the chords in the riff’s third bar at 0:12 are delayed by an additional eighth note when they repeat four bars later at 0:21.

The guitar powerchord texture is classic rock, with all–but–identical sounds panned hard left and right to give a wide and well–balanced stereo picture. This scheme also tolerates one–sided listening well, although there’s a big level loss and a slightly chorusey texture in mono — not that anyone minded a bit of extra chorus in the ’80s! If you’re after this sound, though, bear in mind that the piano appears to be subtly shadowing the guitar chords most of the time, acting as a surreptitious harmonic sweetener. 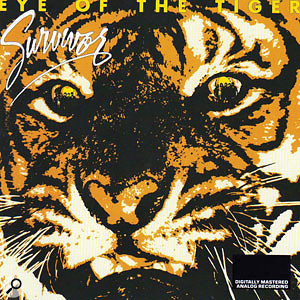 When the lead vocal does finally strut up around the 50–second mark, it’s totally worth the wait. On a purely technical level it’s astounding how Dave Bickler nails that super–high top ‘C’ again and again with such purity and accuracy, while never compromising on the alpha–male swagger. His high register also plays into the hands of the mix engineer, because it cuts through the backing at a reasonably conservative level, improving the illusion of power from the band instruments by comparison.

This drum sound has aged a lot better than many of the same era — yes, there’s a fair amount of bright reverb hissing away in there, particularly on the snare, but otherwise the kit itself still feels like a fairly cohesive instrument, rather than a set of overdubs/samples swimming through digitally generated soup. Notice how the bass guitar is actually providing much of the perceived weight of the kick beats, because of the way the two instruments play together throughout — with the sole exception, I think, of the last hit before the second chorus, which gives a glimpse of what the unsupported kick–drum might sound like.

All those good things notwithstanding, though, it has always bugged me that guitar–picking double-tracks keep drifting out of sync during the first four bars. In the days before Pro Tools... Mike Senior