Opportunities to spread your creative wings can arise in the most unlikely jobs.

In 1253, after a long, monastic life devoted to prayer and the service of the poor, a Franciscan nun known as Clare of Assisi fell ill. Too weak to attend her regular mass at the Church of San Damiano, she would lie in bed and stare at the wall — where, she proclaimed, visions of the daily service would be miraculously beamed into her bedroom for her to watch.

As a frail, lonely, hallucinating old lady enthralled by staring at magical images on the wall, it’s little wonder that in 1958 Pope Pius XII decided she was the perfect candidate to be the patron saint of both television and diseases of the eye. Whatever else you can say about the Catholic Church, they do, very occasionally, find the funny.

TV is both miraculous and tawdry, an omnipresent media tube beaming insight, entertainment, horror and advertising straight into our living rooms. Evenings spent round the fireside have long since given way to the brighter light source in our living rooms. Instead of reading or knitting we boggle at how programme–makers can stretch the definition of the word ‘celebrity’ to include extras caught on camera in the background of a 1970s public information film warning about the dangers of turning on electric lights if you can smell gas at home.

To compose for this medium is both a terrific privilege and tremendous fun. If you are lucky enough to be asked, the musical diversity required can be the source of the greatest creative joys imaginable. Think of having all those amazing sounds in your sonic arsenal, and being given the chance to let rip with some unusual ones because you’ve been asked to work on a documentary about some obscure topic set in a country you’ve never even heard of. To me, that represents more job satisfaction than dragging PA systems out of clubs and venues at 2am ever could. 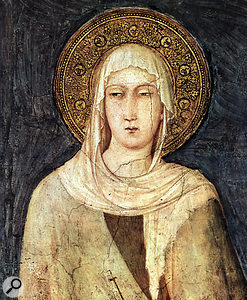 “I’m not entirely sure these adverts are appropriate in religious programming.”

The fun continues when you think of the sheer range of projects that need music. I stumbled recently across an infomercial for a product designed for people who are literally too fat to wipe their own arses. It’s basically a curved plastic stick with a grabbing device on the end into which the user can jam a load of toilet paper before guiding it on a grim journey round their layers of necrotising back fat to orbit and jab at their previously inaccessible bumhole. The music was brilliant. It had all the right amounts of breezy can–do bravado. I heard a funky bass line, some terrific drumming and a snappy alto saxophone played by someone who not only knew the power of riffing and soloing over a key change, but who was professional enough to not detract from the music by trying to steal the show either. Showy without showing off: a really hard tightrope to walk.

Over the course of the 90–second commercial we had unnecessarily enthusiastic testimonials from actors pretending they had used the device and dropping in phrases like “enhanced personal hygiene” and “a revolution in toilet technology”, but I wanted them all to shut up so I could enjoy what the composer was doing with the real (unless my ears were deceiving me), live string section.

If I was being overly critical, though, I’d say that the “But Wait — There’s More!” section at the end was an unnecessary (and somewhat vulgar) coda to what was already a pitch–perfect piece of media composition. Ordering now and receiving the free suction handle to help you out of the bath if you’re too fat to stand up under your own power might make sound marketing sense, but for me it didn’t really add to the natural cadence of the music as the composer had intended. And thus the perennial ‘Art vs Commerce’ struggle rumbles on...