TV Music From The Inside
By David Lowe 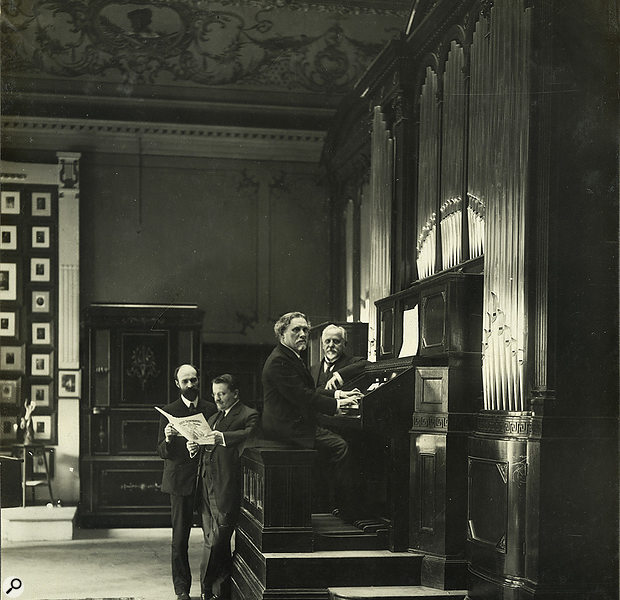 Every TV producer knows the value of a good ‘ssssccHHH PRRRgghhh’. How are you going to give them what they want?

Today, folks, I’m going to talk about whooshes, zings, shizzes and thrungs. What? Well, to those of you who might not know, these are staple sounds in the armoury of a TV composer: basic ingredients in a composition that are always loved by TV editors and producers, and which help to achieve the desired dramatic effects in their programme.

Picture the scene: it’s the end of the show, when we reveal the amazing transformation the team have made to Steve and Pat’s humble home. We are teased with shots of how it looked before, and we build the anticipation to the final moment when Steve and Pat walk in with that look of wonder in their eyes. Cue wow-factor music. “But it would be great if you could find a sound that leads us in to that shot change,” says the producer. “Maybe a zingy, zhuzzzy sound?”

It takes a while to understand the lingo that gets bandied about in these sort of conversations. It’s one of the reasons why TV people like working with composers they know — they can say ‘thrung’, ‘swhashh’, ‘grmppp’ and ‘wizzy’, because there aren’t really any other words to describe the emotion they’re looking for. Their trusty composer will hopefully understand and interpret the gobbledygook without thinking they are slightly deranged. (‘Oomph’ is very popular.)

So where do we look for that magical sound? The obvious, of course, is the trusty old reverse cymbal crash, easily achieved by grabbing a crash cymbal and... reversing it. Works nicely, but can be a bit full-on, and gives you a crescendo that ends with a hard whalloping cut, which can be a bit unsubtle in a floaty bit of incidental music that is not a full-on dance track.

Then there’s the bell tree... Hmmm, maybe not. Too cheesy? Although, yes, very popular with the TV bods, and definitely works in some situations if used carefully.

Looks like it could be another moment to bring on the orchestral cymbal roll. Similar to the reverse cymbal, but a lot more natural-sounding, it’s one of those classic effects that always works, a composer and TV producer’s faithful friend. It’ll be the perfect swoosh to accompany the wide-eyed joy of Steve and Pat.

But there’s always that niggly voice at the back of my mind that urges me to try something different to achieve the same ‘zzing’, ‘whhhhsshh’ or ‘shhhhaaaa’, and not go back to the tried and trusted. A few weeks ago, I went along to watch a recording of the wonderful Radio 4 impressionist show Dead Ringers. One of the sketches had Jon Culshaw doing a brilliant impersonation of Darth Vader. So how did they get Darth Vader’s voice sounding like it had been recorded from inside a World War Two gas mask? The answer was very simple and involved no expensive plug-ins or post-production sound manipulation. Jon simply grabbed a large metal jug — the type you used to have on the school dinner table — and talked into it, close to the mic. Job done!

It reminded me of past occasions when I’ve been in search of a different whoosh. I was particularly proud of one that I did in the previous BBC News 24 title music from a few years ago, which heralded the arrival of the BBC News logo on the screen. I already had a hint of cymbal going on, but needed something bigger, that sssssccHHH PRRRGHgggh noise. I knew exactly what it needed, and was daunted by the thought of sitting and trawling through the huge bank of samples in my collection to find the perfect sound. The solution was straightforward. I stood really close to my mic, went ‘ssssccHHH PRRRgghhh’ and loaded it into my sampler. A bit of detuning, EQ and reverb, and hey presto, there it was. Me going ‘ssssccHHH PRRRgghhh’ every night on BBC News 24. Job done.

This month’s guest column comes from TV composer David Lowe, who has written the tunes to some of the UK’s most popular shows, including the BBC News, The One Show, Grand Designs and Countryfile. Worldwide, he’s also created the musical identities for Santander Bank, Bloomberg TV in the US, CCTV China, TV2 Norway and Al Arabya in the Middle East.