Off The Record: Live Music Producers Skip to main content

Off The Record: Live Music Producers

As recording live shows gets cheaper and easier, the line between live-sound engineer and producer blurs.

Remote recording used to occupy a rarefied niche in the music business. In the heyday of the live album, in the ’70s, live LPs were regular occupants of the Top 10. Running On Empty, Frampton Comes Alive, Cheap Trick At Budokan, Live At Leeds, The Allman Brothers Band Live At The Fillmore East... The canon is deep and made its mark on history, and all of those recordings depended upon a parallel universe of control rooms on wheels, plugging into some of the greatest tracking rooms on earth, like Madison Square Garden and the Fillmores East and West. Many of these, like Le Mobile, Record Plant Remote and Sheffield, achieved the same level of acclaim that some iconic immobile studios did.

In one of the better ironies of Music Business 2.0, while fewer live records show up on charts, there are more live recordings out there than ever before. The ease with which live shows can be recorded to multitracks and mixed and mastered on a dime is allowing them to be pushed out of the virtual door onto artist fan sites or the growing number of commercial live-music distribution portals. 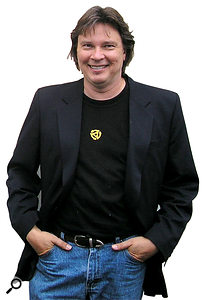 That’s changed the fortunes of those who man the front lines of live recordings: the big trucks are disappearing, while the live-sound mixers’ bailiwicks now extend way past the venue. These people occupy a new category of recording engineer and ‘shadow’ record producer.

Front-of-house mixers have seen their roles evolve as the culture of music consumption changed, and technology has accelerated this evolution. Multitrack Pro Tools interfaces and stand-alone live recorders have made capturing nightly live performances simple and cost effective.

“On the last Rush tour, the band actually told me, ‘You are the Live Music Producer',” comments Brad Madix, who has mixed the durable Canadian power trio and others for decades, in an email. “That wasn’t my request for a new title — that was how they viewed my role.”

Madix’s experience shows how the production aspect of the FOH mixer has expanded in the era of ‘record everything’. The band may be performing songs that were ‘produced’ in the traditional sense of the word, but like all FOH mixers who’ve been with artists for long periods, he is increasingly relied on for his creative input. And then, for an array of post-show applications ranging from concert DVDs to after-show fan-club downloads and streams, he’s also asked to mix those live recordings.

“Personally, I wouldn’t go around telling people I was the ‘producer’ of anything, but my role has definitely shifted over the past four or five years. I’m recording everything these days, and doing post-production work for DVDs and other content, while still touring and mixing live. On the last Rush DVD, which David Botrill mixed (brilliantly, I think) I had plenty of input, along with the band. I know there was a producer on the overall DVD project, but from an audio standpoint, it was David, the band, and I. All the post projects I’ve been involved in have been some version of that.

“When you’re the live FOH engineer, you are in fact several things at once: the recording engineer, the mix engineer, the mastering engineer and the producer,” Madix posits. “You are responsible for what are normally four separate roles in the [record] production process. You pick the mic, you set the gain, you are likely multitracking the show, you’re EQ’ing, adding effects and dynamics, and mixing, and you’re shaping the overall output. It makes perfect sense to think of yourself as the producer, at least at the show. And if the band is smart, they will look at you that way, too.”

This brings up the delicate matter of compensation, and underscores the fact that the transition from hired hand to creative collaborator is not yet complete.

“For whatever reason, managers see FOH engineers as lesser than a record engineer/producer,” says Ken ‘Pooch’ Van Druten, who has mixed shows on tour for Linkin Park, Alice In Chains and System Of A Down, among others. “They also use [the excuse], ‘Well, we’re already paying you a weekly salary.’ Why, all of a sudden, just because you are paying me to do a job already, do you want to pay me less for a totally different job?

“Unfortunately, FOH engineers allow themselves to be taken advantage of because these days they are getting paid more money than they ever have,” he concludes ambivalently, a nod to the fact that live mixers’ fortunes have advanced along with concert grosses. “So in regards to additional revenue streams, I sell myself in several ways: FOH engineer, broadcast engineer, Web release mixer, arranger, and producer, and do my best to capitalse monetarily on each.”

“After I had some of my mixes released, I realised I was limiting myself by just being a FOH engineer,” says Brad Divens, who’s mixed out front for Mötley Crüe, One Republic and Jane’s Addiction. “What really turned it all around for me was the 14 months I worked with Garbage. Getting to mix them live and also mix tracks for release and getting the approval from that group of people [including producer and band member Butch Vig] was a high point in my career.”

Front-of-house mixers’ status has changed considerably, even if recognition of that fact continues to lag. But more awareness of that shift is evident in various ways, including the growth in the number of academic live-sound career tracks that media-arts schools have added, and the number of students enrolling in them. The explosive growth of live venues also underscores how the demand for those who run those consoles is also growing. The idea of the studio and the road being parallel but separate universes is rapidly fading. And that’s not so surprising when you stop and realise that most music is now consumed on mobile devices. Whichever career chair you decide to sit in next, you might want to make sure it has wheels.