TV Music From The Inside Skip to main content

The only way to make money as a media composer is from publishing — but greedy production companies are targeting our back end with a vengeance. 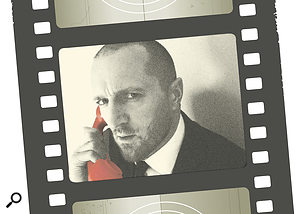 It might come as a surprise to some, but there really is no money in writing music for TV. Very little. In fact, unless you are extremely efficient, lucky and work at warp speed, the chances are you will spend more money composing and producing music for a project than you will be paid to do so. The only real money exists in having already written music for a project that happens to get broadcast in lots of different places.

So you can see that this job is entirely about the back end and not about the front. In other words, you tend to look at each project as a lottery ticket. And more often than not, they don't pay off.

A long‑time crusade of mine (and of BASCA, the British Academy of Songwriters, Composers and Authors) has been against the business of coercive publishing: the practice whereby a production company or broadcaster demands to be the sole publisher of a musical work as a condition of awarding the commission.

Different production companies tackle the issue of screwing you with your trousers on in different ways. Some offer a 60:40 split in your favour, to tempt you to sign to them. Some offer their services as publisher, and say that if you don't publish with them it's perfectly fine and it will "absolutely in no way affect our future working relationship” (some even manage to say this with a straight face). Some companies are more subtle, dropping veiled hints and suggestive encouragements like "Give us all your publishing on this job, or you don't even get the chance to send us any pitches and you'll never work in this town ever again.”

"Well, boys, we're a cartel now! How does it feel to be part of a global capitalist behemoth?”And who is on our side in all this? Well, hardly anyone, I'm afraid to say. The reason is that competition commissions — who dictate the rules for these kind of scenarios both here and in the EU — were set up to defend the rights of the customer from cartels. And unfortunately for us, they appear to view humble, defenceless institutions like BSkyB, ITV and the BBC as the customers, and freelance composers as the powerful, shadowy, greedy, price‑fixing cartel.

I can't imagine a more solitary, disconnected and uncoordinated profession than that of a TV composer. Neither can production companies. Which is why they think they can treat us this way and get away with it. And they're right.

Proud To Be A Union Man

While I'm not proposing a radical, unionised, communist, utopian collective, it's obvious that the more divided we are, the easier it is for third parties to dictate the terms of business. Getting involved with BASCA is the most effective method we have to make our case to the lawmakers with one voice. If you aren't a member yet, you should be, because if we are going to be treated as if we are a cartel it would be nice to know that we have at least the potential to be a little more organised than a herd of cats.

Mao Tse‑Tung once declared grass to be illegal and was directly responsible for the deaths of up to 70 million of his own people. But in his defence, he did once write a very successful little red book in which he noted "To produce good music, the 10 fingers should move rhythmically and in coordination.” Which I think is his way of saying we should unite or die. Either that or he was expressing regret that he was never taken seriously as a jazz pianist.