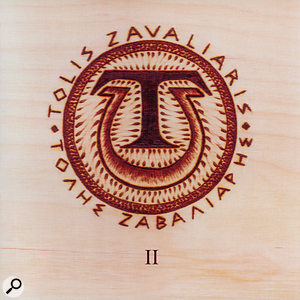 For the first 30 seconds of II, you'd be forgiven for assuming that this was going to turn into yet another gaze up the rear end of an apparently under‑rated schmaltzer. Not so, however: quickly progressing, as it does, from big, characterless chords to infectious guitar‑led jazz, it's not often that the Playback vaults offer up something that is this pleasing in its originality.

Tolis Zavaliaris is a composer of some talent, taking catchy little jazz licks and fusing them with sounds of Persian inspiration, and it's this meeting of styles that works so well. Myriad percussive elements are also at play — most notably and successfully the tabla — and are given sufficient space to genuinely impress.

Though II has a rather amorphous overall feel, the album is an undeniable success and very enjoyable. The traditional Persian singing, in particular, is a pleasant surprise that underscores just what an epic Persian‑jazz labour of love this record really is!

I dare say its downfall will be just how easy it is to listen to — it'll be coming soon to a dinner party near you. Nell McLeod 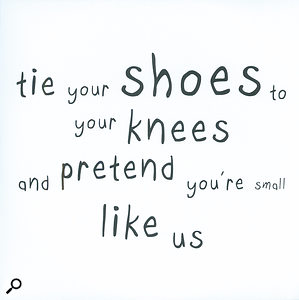 It's too early in the morning for this. I've had no breakfast, the coffee machine is broken, and a thousand multitracked voices are yelling their band name at me in a shit German accent. This is less music, more a bad acid trip in an underground film from 1968.

The feeling never quite goes away for the 28 minutes this album lasts. One minute it's muttered monologues over ukulele strumming, the next, experimental techniques for Jew's harp, backed with Bond‑villain typing on a computer keyboard. Then, just when you're ready to write the entire thing off as a CIA‑funded project designed to brutalise terrorist suspects, they unveil an entirely conventional and rather sweet Nick Drake‑style instrumental for flute and acoustic guitar. It's original, brave, and probably unique. But I don't want to listen to it again. Not ever. Sam Inglis 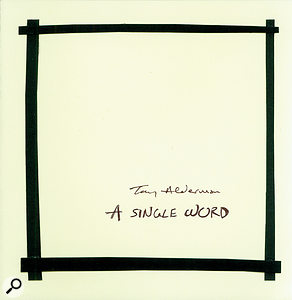 They say that word processors have killed the art of handwriting, and until I turned to the accompanying letter, I was rather hoping this might be an album by the great Australian swing bowler Terry Alderman. Sadly not, and as if that wasn't disappointment enough, the letter begins "I made my CD on GarageBand.” Eek.

Mercifully, though, generic Apple Loops are as notable by their absence as sandy moustaches and palpable LBW decisions. Instead, what we have here is an album of impassioned David Gray‑esque acoustic songs, augmented by sparse organ or synth parts. From a production point of view, Tony's voice sounds very strange, as though he's somehow filtered out everything below 1kHz, and there are also tuning issues in the instrumentation on some of the tracks. He certainly gives it his all in the performance, with a tremulous vocal style that is earnest to the point of sounding self‑parodic. I suppose that worked out all right for Antony & the Johnsons, so perhaps Tony should focus his energies on writing some slightly less conventional material. Sam Inglis 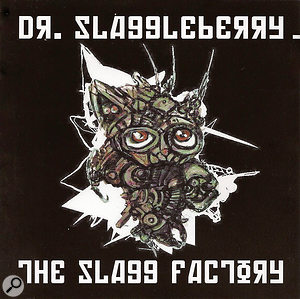 I did wonder, when opening Dr Slaggleberry's PR parcel this morning, whether their frankly awful name was nothing more than a stunt to get them written about. Obviously, if that were the case, it's an idea that is nothing short of genius, as here I am, drawn like a fly to the overly bright light of their electrical heavy metal trap... writing a review about them without even realising it.

"So what of Dr Slaggleberry?” I hear you ask. Well, you may be interested to know that the official Chambers English Dictionary definition of Slagg is "solid scum on molten metal”. Need I say more? Sarah Bowden 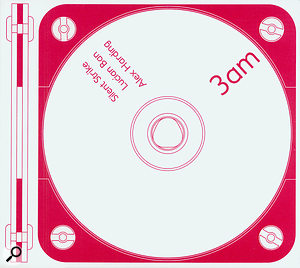 It doesn't make entirely clear whether Silent Strike is the name of the album or the band, but that small objection aside, this has perhaps the nicest packaging I've ever seen in a Playback submission. This is an act who have clearly thought as much about visual design as they have about their music, and it makes a very welcome change from the dodgy Microsoft fonts and dismal Photoshoppery that usually haunt the Playback shelves.

The music is equally accomplished, blending electronica and found sound with a variety of jazz and world‑music instrumentation, all nicely played and recorded. Such fusions often veer into coffee‑table territory, but there's enough of an edge here to keep the listener's attention. I'm not sure I'm quite ready for the other two albums they included, though — nice though they look... Sam Inglis 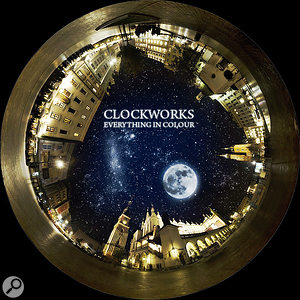 It's not often I'm sent unsigned music that reinvigorates my love of guitar bands, but I must admit that Clockworks' songs are almost good enough that I could be lured into a venue in Camden (and that's saying something) to check them out live sometime. Sound‑wise, the band aren't a million miles away from Fall Out Boy, only less 'Rawk', and with considerably fewer tattoos or hormonal teenage boys for fans. If I had to be pushed on a description, I suppose I would say they were like Fall Out Boy crossed with Coldplay. But then I'm really running the gauntlet of lazy journalistic comparisons along the lines of "Daft Punk stuck in a lift with Chris de Burgh on drums and Tom Jones playing maracas on Dolly Parton's forehead,” so really I should just stick to saying they are a more melancholy Fall Out Boy (if that was possible) and be done with it.

In seriousness, though, the songwriting and production on Everything In Colour are solid and mature, and on that basis alone, well worth checking out if you feel so inclined. A really promising band. Sarah Bowden 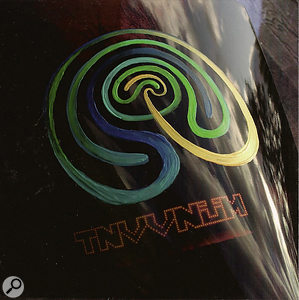 TnVVNum is, and I am quoting exactly from their press release "short for Toele Nakku Vaadates Voib Naha Ukskoik Mida although we prefer to go by the abbreviation now which would be pronounced as separate letters... don't worry about the accents on the U and say it like 'You...'”

Their music is no less irritating than their over‑eagerness to explain their name. Mr Tumnus sound like the Charlatans would if they had no singer, and keyboards played by a cat.

Obviously, this is something I'd pay to see, but other than Mr Tumnus's lion friend Aslan, I'm not sure anyone else would feel the same way. Perhaps they could focus a little more on their songs and a little less on the explanations in future. Sarah Bowden 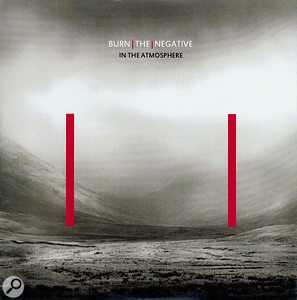 The wide open spaces of Burn The Negative's sleeve led me to expect epic indie guitar nonsense of a type all too frequently visited upon the unfortunate Playback reviewer. Surprising, then, that they actually sound like New Order, with a side order of goth. The material is decent enough, if considerably dated, and they coax some decent sounds out of their instruments, but the whole thing is let down by a nasty, crunchy edge to the whole mix, which makes it sound small and tiring on the ear. To my mind, this sort of thing needs to be glacial and pristine rather than harsh and grating. Oh, and there's the small matter of having a song about how cool Camden Town is. That would have been embarrassing 15 years ago. These days it's embarrassing and weird. Sam Inglis 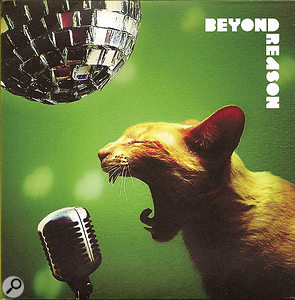 I'm not sure this is a good thing, but what really stood out about Beyond Reason was their incredibly long and earnest biography, which read like a chapter of Motley Crûe's book The Dirt — had it all happened in a village near Bakewell, with Felicity Kendal fronting the band. Here is a little excerpt.

"...A chance encounter with drummer Scott led to a monumental first rehearsal with Taff, Keef, Scott and Nick 'Boycie Cotter' that lit the fires and made them realise that perhaps everything was in alignment. If only Keef wasn't going to become the father of twins in a few weeks' time, everything would have been perfect. So Keef's kids were born (little girls, in case you were wondering) and life (slowly) returned to normal. So at the beginning of the year Keef put the feelers out to the crew to see if they were still available and more importantly, if they still wanted it. And thankfully they did.”

In contrast to all this Mrs Beeton recipe‑swapping prose, Beyond Reason's songs are surprisingly angry. The final line of 'On With The Show' was so Kevin‑The‑Teenager‑I‑hate‑you I had to play it three times to check I'd heard it correctly. A bit too pointlessly rebellious, given that the band seem to be averaging 40. Sarah Bowden