These days, many top studios cater to a major-label clientele, and offer a rather streamlined approach. Happily, there is still room for a different attitude, even in the upper echelons of the international music production business. The LA studio known as Village Recorders is such a place. Located directly on Santa Monica Boulevard, about halfway between Beverly Hills and the ocean, it has a special aura to it. 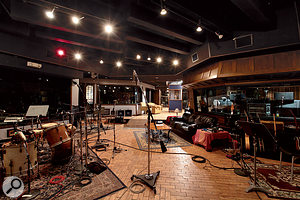 The large live area in Village Recorders Studio D.The building was constructed in 1922 as a Masonic Temple. Most of the original construction details are still intact, and 1616 Butler Avenue is rich in artisanal details such as the masonry itself, stained glass windows and intricate woodwork in every corner. The entire place has an enchanted, rambling, unreal atmosphere, thanks in part to numerous secret doors and passages. Its subsequent history has also seen the building play home to a Bible institute, and the Maharishi Mahesh Yogi used it as his Los Angeles centre for Transcendental Meditation — the Beatles used to meditate in the large auditorium on the first floor. More prosaically, there was also a processing laboratory for colour films, before the building was converted to a recording studio in 1968 by Georgie Hormel. 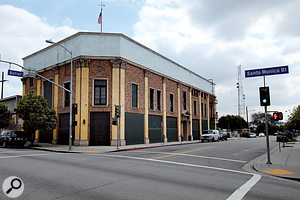 Every space within Village Recorders reflects the studio's unique history and character. The studio was built as a Masonic Temple in the 1920s. Hormel, who passed away in 2006, was a typical Californian entrepreneur, unconventional, long-haired and extremely successful whilst being a trail-blazing maverick. He acquired the building with the fortune he made composing cue music for many television shows in the 1950s and 1960s, and the studio reflected his innovative yet humorous character, always willing to embrace unconventional working methods. Reportedly, Sly Stone, prior to an album production, asked for a wall to be taken out and another door and hallway to be built, so that he would have two entrances to the studio. The staff agreed, and the studio got the recording gig. Studio D was constructed especially for the production of Fleetwood Mac's Tusk, and Stevie Nicks asked for a vocal booth looking like a sunset in Tahiti — needless to say, she got it! 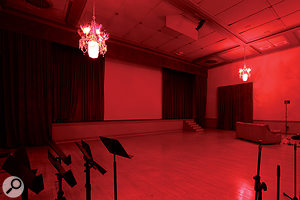 The Auditorium is a large space that once played host to Beatles meditation sessions and now accommodates orchestral recording dates.

Current owner Jeff Greenberg took over the studio management in 1995 when the studio was in a bad shape. He revitalised the studio complex in collaboration with Grammy-award winning engineer Al Schmitt, making it fit for a new generation of musicians. Today, the 22,000-square-foot facility comprises the large studios A, B and D, the overdub suite F, and the Auditorium, which can be used as an extension for Studio D for larger orchestral ensembles or a location for live broadcasts, plus the Moroccan Ballroom, which doubles as a recording studio but has also hosted Grammy and other music award parties and video shoots. Village Recorders also rents out a dozen smaller rooms in the first floor to external producers and artists, such as famed guitarist and singer John Mayer. 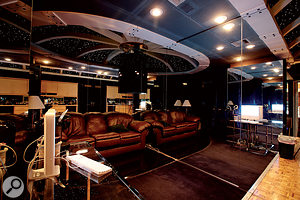 Classic albums and tracks recorded at the Village include Goats Head Soup by the Rolling Stones, Frank Zappa's Joe's Garage, the already mentioned Fleetwood Mac album Tusk, Aja by Steely Dan and Eric Clapton's 'Tears In Heaven'. More recently, the studios have been used by artists such as Oasis, Red Hot Chili Peppers, the Black Keys and the Raconteurs, and the Village also has some notable movie scoring work under its belt, including, amongst many others, the soundtracks for Walk The Line, Moulin Rouge, Valkyrie, O Brother, Where Art Thou? and The X Files. 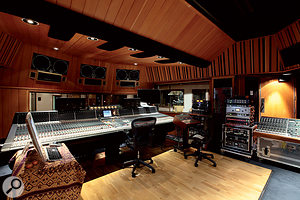 Studio D's control room.Interestingly, all the large rooms are centred around Neve consoles, and there is no SSL desk to be found. Studio A boasts a vintage Neve 8048 with 40 inputs, which are split between 32 1081 units and eight 1073 input channels, and the desk also features six 2254 compressor/limiter modules. Both studio B and D, the 'Tahiti room', are built around Neve 88R consoles, each featuring 84 channels of Flying Faders, a 36-track stem matrix and 48 remote-controllable microphone preamps. In addition to these large-format analogue consoles, Studio F employs a Digidesign Icon control surface. 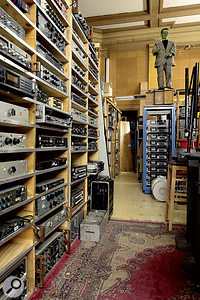 A glimpse into the Village Recorders equipment store.

There also is a great selection of outboard equipment surrounding the flagship consoles, including AMS, EMT and Lexicon reverbs, studio standards like the Urei 1176LN and Teletronix LA2A compressors and also rarities such as Fairchild 670 limiters and a Neve BCM10 sidecar console. The microphone lockers are certainly on par with the consoles and the outboard equipment: there are literally dozens of AKG C12, C24 and C28s, Neumann KM54, M49, SM2, U47, U67 and U87s and RCA ribbons such as BX44, 77DX and BK5Bs. 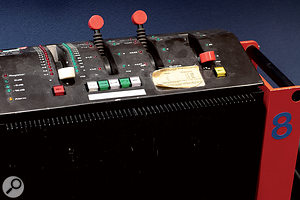 The distinctive remote control for an EMT 250 digital reverb, and two of the 2254/A compressor modules on Studio A's vintage Neve desk.Despite the studio's impressive technical specifications, though, its real unique selling points are the spaces and the Village's willingness to accommodate imaginative — and sometimes rather extraordinary — sessions. Whether an ocean sunset needs to be simulated or a chicken coop constructed (including live chicken, 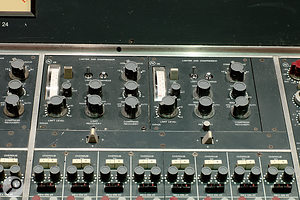 at the request of guitarist Buckethead), the studio staff always go the extra mile to make even the most unconventional wishes come true. 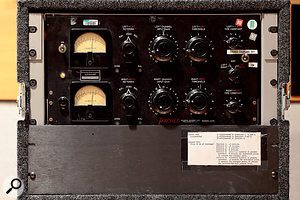 A Fairchild 670 stereo compressor/limiter in Studio B. According to the sticker between the VU meters, this unit was previously owned by the German Deutsche Grammophon company, probably for classical music recordings.And what would a place like this be without several supernatural beings haunting the premises? The Village's resident ghost sometimes appears in the form of a little boy, and there is also said to be a phantom bass player, who disappeared during the construction of Studio B, and who reportedly does occasional overdubs by night...