Audio networking looks set to be the next big thing — but will it make your music better?

Networking — as applied to pro audio, the delivery of sound as data between connected nodes through routers, servers and switches — is probably going to be the biggest tectonic shift in the history of pro audio since the migration from analogue to digital. And it's going to happen a lot faster than that transition, too. Digital took nearly two decades to become ubiquitous in music recording, broadcasting and live sound; networked audio is going to change the way you move your sound around in a matter of a few years. The pipelines are already bursting with new products, from Dante to RedNet to Ravenna. Standards, most notably audio-video bridging (AVB, which is in its seemingly never-ending final stretch) and the more recently announced AES67-2013 (which establishes interoperability standards) will help audio networks spread into everyday workflows. Finally, networking is being applied across all of pro audio's primary markets, from music production to live sound to post production and installed sound.

The conversion to digital audio, which had a far more complicated and chaotic market gestation, laid the groundwork for networking's comparably silky smooth debut, by institutionally converting sound into the digits that networks are made to transport. Little really remains of the industry's analogue infrastructure, and what does has plenty of A-D conversion choices. So there are few significant barriers to networking's uptake — there is no old guard manning the ramparts, yelling "Back to copper!” as there was for analogue (and mono, for that matter). And the arrival of interoperability standards relatively early in the game will make for a remarkably level playing field on the product side, prompting manufacturers to focus on features and functionality instead of strategising to lock users into proprietary formats.

But it's not all roses here. On a philosophical level, data networking is the technological equivalent of being told to eat your vegetables. You will be told that this is good for you, and you know that it probably is, but networking comes from a place so foreign, so alien to music creation that they might as well have come from different planets. The world of IT — Information Technology, a phrase that conjures up dispassionate data rather than gooey, messy creativity — can be an innovative place, but it's a realm that revels in clinical problem solving. The right brain creates the song, the left brain markets it, and in data-land the left brain rules. 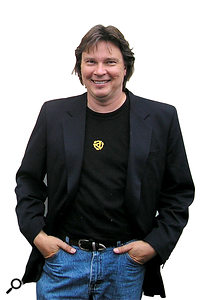 The data domain is not without the potential for insight — two of the funniest bits of popular art are the sitcom The Big Bang Theory, which plays nerdy neuroses for laughs and actually makes OCD legitimate fodder for some pretty good running gags, and the comic strip Dilbert, in which despair- and rage-filled software engineers wax philosophical. (Whenever I visit an office for the first time, I look for the number of Dilbert cartoons per square inch pinned up on the walls of cubicles. It's an excellent barometer of the temperament within the company — inevitably, the higher the Dilbert ratio, the lower the morale.)

Networked audio is going to be a game-changer for live sound and installed sound, and ultimately in a positive way — the reduction in the amount of copper cables needed is drastic. However, installed AV is one of my editorial beats, and I've noticed an unease that a number of AV integrators have voiced about turning signal flow over to a data-transport model. Much of that, I suspect, is a natural consequence of having to change a basic working modality so dramatically. Once more integrators have worked with networking, that hesitancy will likely diminish.

But what the shift to networked audio potentially augurs for music production is a different story. It moves that process further into the arid data-land. The danger of music suffering from unintended associations is a real one: 20 years into file sharing, music is perceived as 'free' by a large chunk of the world's population under the age of 30, and the steady reduction of music's consumer form factors, from records to cassettes to CDs, and ultimately to virtual files, parallels, to some degree, the economic and perceptual devaluation of music over time. (The Compact Disc actually increased the cost of goods, but when you compare the price of a 10-track vinyl LP to a 15-track CD the unit costs are roughly the same.)

Building a networked infrastructure for music production will certainly increase efficiency, but efficiency isn't necessarily what music is looking for. The ability to not have to make creative decisions during the recording process because the number of tracks available is virtually infinite could be viewed as efficient, but it's really anything but: putting most of the creative decisions off until the end of the process tends to lead to poor decision making. Realisation of that effect is perhaps why music recording has seen the equivalent of the 'slow food' cuisine phenomenon, with a re-embrace of analogue and its finite number of tracks enforcing a kind of creative discipline.

Networking is coming. In some cases it is already here, and it should be because there's no argument that it represents an advance in functionality and capability. It adheres to the maxim of 'faster, cheaper, better,' with 'better' being a synonym for 'more efficient.' But it's one more perceptual barrier separating a purely creative pursuit from a technically competent one. We saw from the '60s through the '90s how the tape machine and, by extension, the entire studio became an instrument that could be played as effectively as a guitar or a piano. After that we shifted to digital 'platforms' that held an exponentially larger number of instruments in the form of plug-ins, but no one ever accused Pro Tools of being its own kind of guitar — it's really more like a video game. The same will apply to networking. It's one more step towards increased productivity, and if that sounds like I'm describing a factory... well, I am.