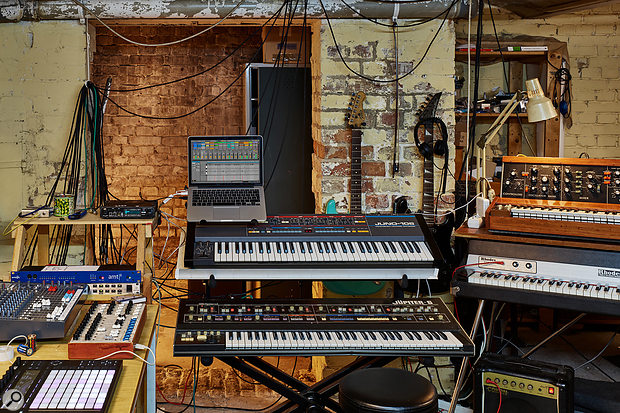 We brought you news of the latest update to Ableton Live back in November and now, after about three months of beta testing, it's ready for the public. In fact, you can read our in-depth review in the February 2018 issue of SOS, available now in print, on tablet and on our site.

Ableton Live 10 sports the same clip- and session-based workflows but also streamlines things a lot, with hundreds of tweaks and improvements.

The headline additions include Wavetable: a new synth which we found out more about at the NAMM show.

Among the workflow enhancements are features such as MIDI note chasing meaning no more dead starts when you start halfway through a held chord. Multiple MIDI clip editing is another much-requested feature that's been added, as is the ability to nest groups within groups. Because musical typing can now be toggled, this also frees up a lot more keys for shortcuts, speeding things up again.

The Capture feature really stands out, too. When you jam at your own tempo without the restriction of a click or recording, you can then reclaim that playing and Live will automatically find the tempo and let you start a new track with it.

As well as a new library of sounds, Live offers a much deeper integration with both the Ableton Push hardware controller and Max For Live. With regard to M4L (as it's abbreviated) these devices can now be opened much faster, tying up fewer system resources and feel more like Live's native devices.