Published 8/2/18
The man who made the Minimoog a commercial product, and invented the Orchestron dies, aged 77 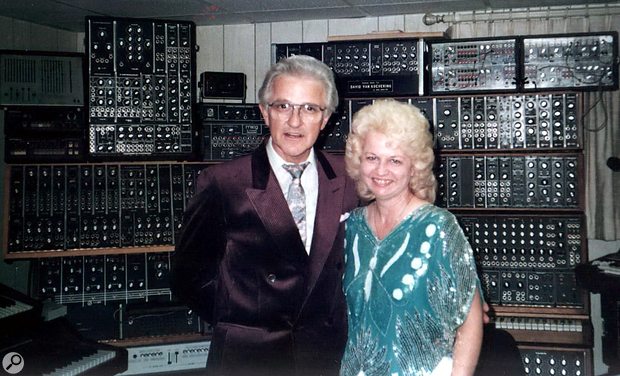 David Van Koevering (1940-2018) has passed away January 30th near his home in Tennessee following heart issues at the age of 77.

Born into a family of evangelical musical travellers, young David Van Koevering toured with his parents as "Little David," earning a widespread reputation for his energetic and motivational preaching. He began an interest in electronics and soon after, constructed his own robot. This began a lifelong hobby collecting robots of all kinds — a collection now numbering in the hundreds. Following in the footsteps of his family, he was a skilled performer on 23 instruments, performing on bells, violin, keyboards, the musical saw, and various exotic instruments he would add to the family collection.

Touring as "The Swiss Bell Ringers” with his wife and two children, the Van Koevering performances with instruments of both traditional and modern designs — one of these being the electronic Theremin. Soon after, he found his theremin's maker, Robert Moog, who was also producing a very new instrument — the first commercial synthesizer. 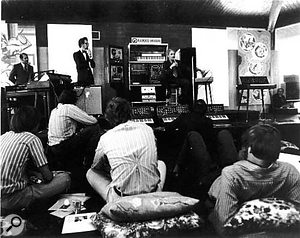 Excited by the vast promise of this Moog synthesizer, David became the main proponent of the instrument, showing and selling synthesizers to numerous musicians in North America and Europe. His concept for the "Island of Electronicus" in Tierra Verde, Florida was created with Glen Bell (of Taco Bell fame.) Their Island was a performance space showing the public this powerful technology. David also appeared at the early Taco Bell restaurants, demonstrating the new Minimoog synthesizer to the clientele as they ate. These appearances gave many their first experience with a music synthesizer. Van Koevering travelled across the country, selling the Minimoog synthesizers one by one, and single-handedly creating the first sales surge for what was to become Moog's most-famous product.

His success in the field brought him to work for the Moog company itself, helping them realize their instruments could be marketed to the general public. He spearheaded Moog's sales techniques in the brand-new concept of 'a commercial synthesizer' — an idea previously thought impossible. David's methods proved otherwise and became the standard for the industry, creating a model for selling what was previously considered unsellable. He requested and co-created a simpler, more accessible synthesizer, the Moog Satellite, designed for the non-technical working player.

Next, working with EML Synthesizers of Connecticut, he brought their affordable designs to the stores and working musicians in the Florida territory. Not long after, he started his own company (VAKO) - inventing his own ‘Orchestron' keyboard, which was a favourite of major groups like Kraftwerk and Foreigner. Van Koevering's Orchestron was accepted as the cutting-edge in sample-playback technology — a process that eventually found its way to NASA for space exploration missions.

Moog Music brought Van Koevering back to guide their marketing efforts when the company had developed a stronger national presence. David worked with local church groups to find a unique marketing outlet for a custom-named set of Moog instruments (the Sanctuary and Joyful Noise designs,) re-branded versions of Moog instruments designed and programmed to appeal to more traditional church markets. Japanese synthesizer giant Roland then utilized David's knowledge of the working musicians' needs when they developed his namesake line (the VK keyboard series) of professional synthesizers, organs, and string keyboards. 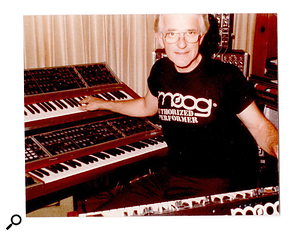 In the 1990s, David was among the first to realize the power of digital workstation systems for education and music in the home and schools. Working again with Bob Moog, they designed and marketed the innovative Van Koevering piano line, which was the first to combine a visual touch-screen interface and a traditional piano action. During this period he was honoured at The Smithsonian during their Piano 300 exhibition, as the VanKoevering Piano model was considered the future of the piano.

Most recently, David was honoured with recognition for his efforts in the musical instrument industry. The Bob Moog Foundation dedicated their entire 2016 calendar to his story in photographs and anecdotes. The calendar, "Moog Is Now: The Moog Legacy Through the Lens of David Van Koevering" recognizes the decades of connection between the lives of Robert Moog and David Van Koevering. The EMEAPP (Electronic Music Education And Preservation Project) of Pennsylvania honoured Van Koevering this year with their Lifetime Achievement Award.

David Van Koevering is survived by his loving wife Becky, daughter Debbie and son Joe and their families.