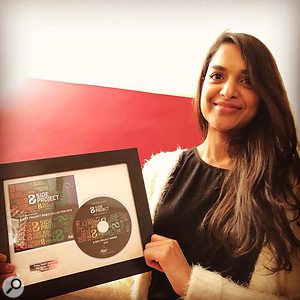 Best Overall Remix winner - original artist SMITHAThe winners of this year's B-Side Project worldwide remix competition have been announced. The culmination of a ten-month process that saw more than 600 musicians, bands and producers from over 60 different countries take part, the 2018 awards ceremony was held at Strongroom Studios Bar & Kitchen, the venue attached to the legendary London recording studio, and streamed live online.

Launched back in 2009, B-Side Project is dedicated to creating new connections between artists and remixers. Their annual remix competition provides a high-profile platform for producers to establish their credentials and gain official releases. Musicians and bands from all over the world submit their tracks, before a selection are then paired with a remix producer. A diverse panel of judges, which this year included Subpop founder Bruce Pavitt, Roni Size, La Roux, Talvin Singh and Clean Bandit, is then tasked with whittling down the final playlist to select the best 10 remixes, including an overall winner. 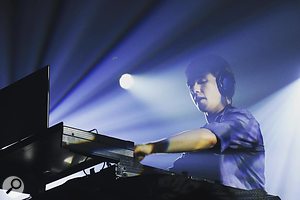 Best Overall Remix winner - AltruistPresented in association with media partners Sound On Sound and sponsors Prism Sound, Genelec and Shure, the Best Overall Remix award went to US-based producer Altruist for their remix of UK singer-songwriter Smitha's track 'Greedy Love'. Picked out from over 160 final entries, this remix will join the nine runners-up on the official album release, alongside the original artist tracks. The overall winner also took home a mouth-watering bundle of studio gear including a Prism Sound Lyra 2 interface and a pair of Genelec 8341A monitors. Other individual awards handed out on the night, including Best Remix Arrangement, Most Imaginative Remix and Most Innovative Remix, included further studio goodies from Audio-Technica, Roli and Shure, while all the winners received a subscription to Sound On Sound and ear protection from ACS Custom.

Most Imaginative Remix:
TOTO (Argentina) for remix of 'Exit Through The Funfair' by A Light Left On (UK)
The remixer wins Seaboard Rise keyboard from ROLI

Most Innovative Remix:
NUC (Malaysia) for remix of 'The Bagpiper' by YANTRA
The remixer wins headphones and microphones from Shure

Top 9 Remixes (included on album release):
Pisman DJ (Bulgaria) remix of 'What Love It All About' by SAMA (Norway)
Lee Hundy (Australia) remix of 'Take It Down' by Starling (UK)
NUC (Malaysia) remix of 'The Bagpiper' by YANTRA (UK)
Fred Hanson (Germany) remix of 'Take Me Away' by Project7 (UK)
TOTO (Argentina) remix of 'Exit Through The Funfair' by A Light Left On (UK)
Sesento (Switzerland) remix of 'Put It Down On Me' by Tinah (Canada)
Soulstate (UK) remix of 'One Of These Days' by Chemikal Recipe (UK)
Liudprand (UK) remix of 'Summer Sweets' by Jasmine Bailey (USA)
SixDec (UK) remix of 'Tell Me Do You Love It' by Kit Walker (UK) - SixDec also won a mastering session with Fluid Mastering in London,