Since 2009, the B-Side Project has pursued a mission to create and strengthen networks between remixers and musicians. Each year, musicians from all over the world offer up their tracks for producers to rework. The fruit of their labour is then put to a judging panel of industry luminaries, with the best track earning the winner a stack of gear and the top entries earning a commercial release. 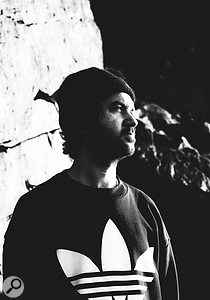 Med School Music D&B producer EtherwoodIn 2018, though, they’re bringing the competition specifically to UK students. Up to 20 colleges are taking part in the 2018/19 project across the UK (England, Scotland and Wales) with degree-level students creating a remix of a track by top drum & bass producer Etherwood (Med School/Hospital).

The specific track, which will be taken from his latest record In Stillness, will be announced and stems sent to the colleges in September when the remix creation starts. Each college will run its own internal remix competition and the winners from each college will then face a panel of judges including  producer Nu:Tone (Hospital), mastering engineer Luca Protelesi/Studio DMI (Major Lazer, Calvin Harris, Pharrell Williams), DJ/producer Shadow Child, producer/remixer Claudio Passavanti (aka Sunlightsquare) and the man who signed Nirvana — Sub Pop founder Bruce Pavitt. There are still a few spaces for colleges to take part.

One of Hospital Records' leading artists, Etherwood has leapt straight to the forefront of the drum & bass world with his unique production style. In our short video, Etherwood describes his musical inspirations and gives his advice on how to approach a remix.

The B-Side Project will return to its regular international format in 2019, which is open to the public. B-Side Project is run in association with Sound On Sound magazine.