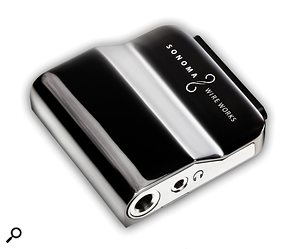 Sonoma are also working on a range of USB interfaces that will work with Android and iOS, but we'll keep you posted when we know more. Here's more from Sonoma Wire Works.

"We believe that the future of audio hardware and software should be multi-platform, seamlessly combining mobile, laptop and desktop recording. GuitarJack 2 USB is just the beginning." - Doug Wright, president of Sonoma Wire Works

Pricing and Availability:
U.S. residents may pre-order GuitarJack 2 USB for the introductory street price of $129 ($199 MSRP) from http://sonomawireworks.com/store and it will ship in approximately 6-8 weeks. GuitarJack 2 USB will then be available from select dealers worldwide.