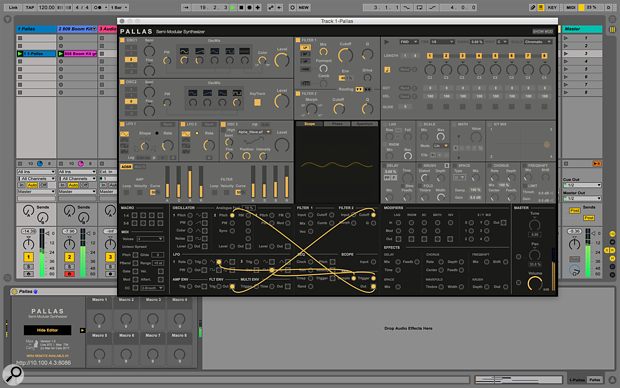 Max for Cats have released a new virtual instrument for Ableton Live today called Pallas. The instrument is an eight-voice semi-modular, analogue-modelling synthesizer with a large, intuitive patch panel and remote control via a web browser, making it ideal for experimenting and performance.

Palls is powered by three versatile oscillators — two with mixable waveforms — and a third with a wavetable oscillator and FM functionality. Importantly, there’s also a highly curated preset library so you don’t have to start from scratch.

Building on the modulation framework included with Bengal, Max for Cats' popular semi-modular FM synth, Pallas provides many opportunities for users to sculpt their sound, including three envelopes (one of which is a multi-stage), a pair of multimode resonant filters, two LFOs, a ring modulator and six native audio effects (delay, distortion, reverb, wavefold, frequency shift and chorus). In addition, Pallas includes a flexible eight-step sequencer that can be used as a signal modulator. 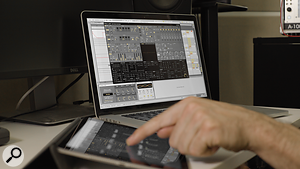 It’s Pallas’ semi-modular capabilities that make it really interesting, though. Whereas many patch panels can seem overwhelming, Max for Cats have overcome this by making output sockets square, and inputs round. It’s a neat visual device that should really help with navigation, even for newcomers to synthesis.

Other notable Pallas features include an intuitive, user-friendly interface and a visual control panel (switchable between three modes) that allows users to see how their sounds are evolving in real-time. Pallas also comes with remote control capabilities, which enables users to control the device's most essential parameters from any device that is connected to the same network as Pallas and has access to a web browser.