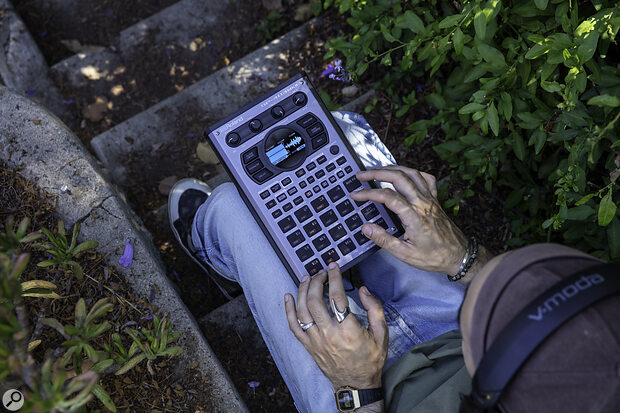 One of the major improvements is that sampling time is effectively now unlimited, subject only to the capacity of SD card you use (the 404 MkII has 16GB of internal storage, though much of that is of course populated with the supplied sound library). Another major boon is the ability to work on AA battery power, for completely untethered mobile music-making.

The SP-404 MkII's internal sequencer is powerful, Roland say, and offers a multitude of creative features such as swing, pad layering, note repeat, and pattern chaining — meaning you can build up complete arrangements using the 404 MkII alone.

The effects section is equally well appointed, boasting as it does a plethora of treatments including a vocoder, guitar amp modelling, pitch correction, cassette and vinyl emulation, a resonator effect, and much more besides.