Call In The Professionals!

Sounding Off By Andy Searle-Barnes

Modern technology has made DIY recording a reality, but there still comes a time when you have to defer to the professionals...

If your reputation and future career relied on the decoration of the inside of your house what would you do? Would you pop down to your local hardware store and buy some brushes, dustsheets and a load of cheap wallpaper? Would you then take two weeks off work so that you could create your masterpiece, only to realise that, due to a series of naive errors on your part, the job is going to take twice as long and the end result isn't going to be exactly what you had envisioned. In week seven of the project, as your long suffering wife/partner/child patiently asks for the thousandth time if the front bedroom will ever be finished, they are strangely not reassured by your answer that you know what you did wrong so it'll be easier next time. 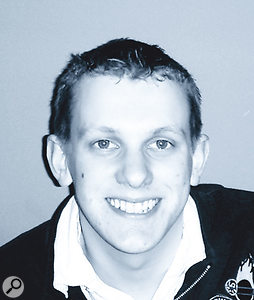 It's in the nature of DIY that you can feel immense satisfaction in the fact that the shoddy work in front of you is the result of your own hard labour, but it is nevertheless just that: shoddy work. If you were honest with yourself, you'd have to admit that a professional decorator would have been able to achieve far better results in a fraction of the time. This is by no means a bad reflection on you, it's just that a good professional will have the best tools available and years of experience that will enable him to use those tools in the most efficient and elegant way possible. What's more, once you've factored in the amount of time you spent creating the aforementioned mess and all the money you spent on your inferior tools, the financial cost isn't too different either.

In world of music recording, we're currently experiencing a massive DIY boom on an unprecedented scale. New technology has revolutionised the recording industry, taking the power and the tools away from the privileged few and making them available to the masses. Many people who read this magazine now have digital multitrackers and computer systems capable of things that, 10 or 15 years ago, were only available in the top-end studios. Is it any surprise, then, that many aspiring bands and artists are not paying professionals to record and produce their recordings for them any more, but are instead opting to spend the money on equipment so they can do it themselves?

I would argue that this is causing a slow watering-down of skills within the recording industry, to the detriment of the records being produced. Sound engineering is not just about being able to put up a microphone and operate a computer. Skills like microphone technique, compression, EQ, creating a good acoustic space, mixing and studio psychology all rest on basic principles but take years of studio experience and practice to master.

The unfortunate fact is that, with everyone now buying their own equipment and recording demos and albums themselves, many studios nationwide are now closing down through lack of work.

This is a shame on two counts. Firstly, it means that for many people wanting to make a career out of engineering the traditional 'tea-boy' route is now closed. The best sound engineers this country has produced are the ones who have spent the majority of their working lives in some dark room, recording band after band after band, slowly honing their skills and learning the black art of making a great record. This opportunity is now available for fewer and fewer people, a fact we may regret in 20 years time, when the current crop of top engineers finally goes deaf and retires.

Secondly, many artists and bands have no idea how much working with experienced professionals in the studio can improve the music they're making. A good studio with a wide selection of great mics, top-quality preamps and good acoustic spaces, together with an experienced engineer, will create a recording good enough for release and airplay. Despite what the man in the shop says, the equipment that you can get cheaply is nowhere near capable of producing a recording of equal sonic quality, especially when it's in the hands of someone with little or no experience.

If you enjoy making music and recording as a hobby, rejoice in the avalanche of technology that allows you to create good-sounding recordings for little cash. If you're an aspiring professional artist or band however, I would urge you not to fall into the trap of pouring your budget into gear with the misguided notion that you can create just as good a product as the professionals can. Instead, do some research, find some records you like by similar artists and start asking the studios and personnel they used about the fees they charge. If you can avoid the cowboys (of which, unfortunately, there are a few), you should be able to cut a good deal which may initially sound extravagant, but I guarantee your record will sound a whole lot better than if you'd decided to 'do it yourself'.

Andy Searle-Barnes graduated from LIPA and is now continuing to learn his craft in a recording studio near Brighton.