Stepping On The Cracks

I have great respect for the quality of journalism, reviews and analysis in Sound On Sound and I find it invaluable for my music-making. However, I'm starting to grow weary of the way in which Paul White's Leader column is constantly used to propagandise the anti-'piracy' paranoia of the music software industry.

Paul's increasingly repetitive warnings may be motivated by a well-meaning desire to protect readers from falling foul of the law and to support innovation in music technology, but in reality they are highly political, promoting the interests of multinational corporations more concerned with enriching their shareholders than promoting musical creativity.

Editor In Chief Paul White replies: I am curious to understand how you come to construe anti-piracy warnings as being in any way political. If I told you that it's wrong to rob banks, mug old ladies or steal copies of Sound On Sound from your local newsagent, I'm sure you would not deem my motives to be political, so why should asking you not to steal software be any different?

Furthermore, your assertion that I am protecting multinational companies is way off the mark. The vast majority of music software companies started off as privately owned concerns employing only a handful of people, and the ones that are now under the ownership of large multinationals are there only because you and other like-minded users who refuse to pay for the software they are using, made it so difficult for them to make a living that they were forced to sell up. Users of Emagic Logic on the PC were one of the first casualties of market forces when Emagic was bought out by Apple. I heard (from an industry source outside Apple/Emagic) that although over half of the Logic user base was on the PC platform, it only accounted for around six percent of their overall software sales. A similar source told me that there were well over 5,000 registered users of another leading sequencer in Russia, yet only seven copies had actually been sold there!

If that's true, then surely piracy is actively driving these companies into the hands of the big multinationals. So, if shareholder profits and the bottom line are being put before the needs of musicians, it is a direct consequence of your actions!

Of the companies that remain in private ownership, I can't think of one that isn't being hit hard by piracy. I fully understand the desire to experiment with software that you haven't bought, but once you've found some software that you like and that you use regularly, don't you think it reasonable that you should then buy a legit copy?

And finally — my real motive. Like lots of other musicians, I rely on high-quality music software to do my work. If that software stops being produced or supported just because people would rather steal it than buy it, then we're not going to be best pleased!

In Defence Of DP 4 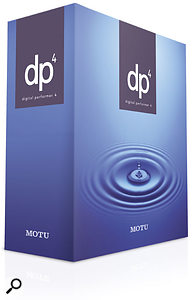 I use Digital Performer and would like to continue using it in OS X because, amongst other considerations, it means I no longer have to rely on OMS. I have an Apple iBook 700MHz and a Power Mac G4 400MHz, both more than capable of running 24 stereo tracks in OS 9.

However, under OS X, DP v4.11 is not capable of recording an overdub with three existing stereo tracks and one soft synth as the fourth source on my G4. Sound On Sound have been writing about DP 4 in Performer Notes for some months now and I have yet to find any relevant information. Let's face it, the software has changed in only the smallest details, such as a new plug-in format and a slight rearranging of menus. The fact is that I still only get work done in OS 9. There's also no mention anywhere of the crackle and processor spikes that continue to beset DP 4 users. This is just a polite request that SOS get to the nitty-gritty of these sequencer niggles.

Performer Notes columnist Robin Bigwood replies: You're right to say that DP 4 isn't all that different to DP 3, but then neither MOTU nor Performer Notes promised better performance or startling new features. In fact, back in the June 2003 edition of Sound On Sound , I wrote that it would be 'the end of the year before a well-stocked OS 9 Digital Performer setup can be recreated in OS X'. 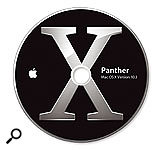 But more recent developments, namely OS 10.3 and DP v 4.12, have significantly increased DP 4's stability, performance and usefulness. There was indeed an issue with processor spikes in the first release of DP 4.1, and a question mark remains over the latest version's performance with some G4 powerbooks. But my current configuration, with DP 4.12 under OS 10.3.2, is proving to be almost bombproof, despite the constant addition of every first and even beta version of any MAS, AU and VST plug-in I can get my hands on. And this is on a Mac that is by no means optimised for audio use — I often keep Mail and Safari running in the background while I work.

There are a variety of factors that might go some way to explaining the drop in performance that you've described. Number one on the list has to be the size of DP 's audio buffer, which, if set to a low value such as 64, can impose a heavy CPU load. Other possibilities include outdated or unsuitable drivers for third-party audio interfaces, lots of background tasks, particularly heavyweight soft synths such as Reaktor , Absynth and Moog Modular V , heavy disk fragmentation, or even corrupt preferences. And if your Mac is not really a G4, but something like a blue-and-white G3 with a G4 chip, then it could be a cache issue. Neither Apple nor MOTU officially support processor upgrade cards.

As for Performer Notes itself, I consciously avoid making it a 'tech support' column. It's impossible to foresee problems arising from every possible combination of Mac, OS, DP version, and MIDI or audio driver, and to dwell on those encountered on my own setup would be irrelevant for most people. As for DP bugs, the overwhelming majority of them are solved in the time between my writing an article and it being published, but when one continues to cause problems I will always try to offer a workaround.

I can sympathise with how annoying your DP and OS X problems must be, and I'm willing to try to help you troubleshoot them, but I'm not sure they're representative of the wider picture. Both OS X and DP4 are ready for serious music and audio production, even on quite lowly Macs.

In the second instalment of 'Roland XV/JV Power User Tips' in the December 2003 issue of Sound On Sound, a number of Roland synth-related web sites are mentioned. The article fails, however, to mention a very good site for Fantom S users — www.fantom-s.info — which has an active and helpful user forum and contains a lot of information that can be difficult to gather from other sources. Perhaps you could let your readers know?