Your Correspondence By Martin Walker 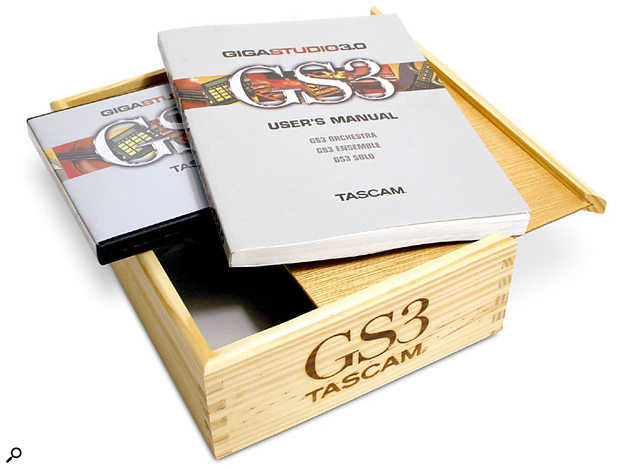 I work as a full-time musician/sound designer for a major games company and have just finished reading Martin Walker's review of Gigastudio 3. It was a really good review, but I am a bit concerned that people may be misled by Martin stating that Gigastudio 3 can use up to 512GB of RAM. Version 3 can use up to 512GB of samples, not RAM — in other words you could have one huge sample that is 512GB in size.

Gigastudio 3 can still only access the 1.5GB of RAM that the Windows 2000 and XP 32-bit processors are restricted to. Even though Gigastudio only uses the first 10ms of a sample from RAM, this soon gets used up when running packages like the Vienna Symphonic Library. This is the main reason we have not updated our studios to version 3 and are sticking with version 2.5. The only way around this is if Tascam rewrite their software to access the extra RAM for Windows systems like Windows 2003 Server which can access 4GB. I cannot think of one piece of software that does this at this moment. Only when Tascam make Gigastudio compatible with 64-bit processors can we access more RAM. Having waited for 3 years for the upgrade, I am very disappointed.

PC music specialist Martin Walker replies: You're quite correct in saying that it's 512GB of samples that are now supported, rather than 512GB of system RAM. Some former Gigastudio 2.54 users have found themselves able to load significantly more samples since upgrading to GS 3, particularly if they have 1GB of RAM, but if your current requirements are limited by the 1.5GB RAM buffering limitations then GS 3 isn't likely to provide any polyphony improvement over GS v2.54.

As a long-term GS user I'm sure you've already discovered Swedish composer Matt Henningson's Registry Tweaks which help give access to more sample RAM in both GS v2.5 and GS v3.0 (http://henningson.triona.se/musikbanken/gigastudio/index.htm). This has specifically helped GS users with the Vienna Symphonic Library instruments. Moreover, Tascam have improved their system memory handling since the initial release of GS v 3.0 to include and enhance the same techniques. In version 3.03 there's a new Configuration Manager designed to help users test and configure the optimum amount of Windows XP system RAM for instrument loading in systems with 1GB of RAM or more.

One of the down sides of using highly realistic libraries with huge numbers of velocity and articulation layers is that each layer of each note must have its initial portion buffered to ensure that it can start with a low latency at any time. However, GS 3 does seem to load samples far more quickly, so some of those who previously worked with vast orchestral templates are instead loading up each instrument as they need it, without finding it disturbs their musical flow and creativity as it used to, rather than attempting to simultaneously load in everything they might need.

Not So Cool For Cats

Martin Walker's 'Cool Rules' PC Musician feature in the December 2004 issue makes a few assertions that don't seem to hold for my DIY machine, which has a Pentium 4 3E processor, ASUS motherboard and an Antek Case. Even with the Zalman cooling system and Arctic Silver thermal compound, my CPU will reach 50 degrees C within a minute. Just on idle it will get up to 60 degrees C, all of this being monitored by the ASUS PC Probe. If I follow your article in earnest, I should probably take the machine to a tech to have it diagnosed. There don't seem to be any problems with its performance, but the temperature exceeds the figures you state. What do you recommend? 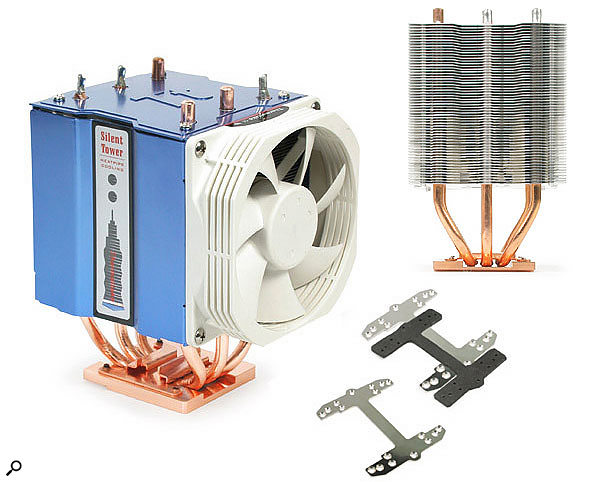 PC music specialist Martin Walker replies: The giveaway here is the 'E' in your processor's name. This means it's one of Intel's Prescott range, which, as I stated in my review of the Philip Rees Pentium 4C system (www.soundonsound.com/sos/jan05/articles/philiprees.htm), is notorious for high power dissipation and cooling issues. This means its temperature will often rise quite quickly, and unless your cooling system is powerful enough, could reach the threshold temperature for its 'clock throttling' feature. Once the temperature of the CPU core reaches this threshold (which varies from model to model, ranging from about 66 to 75 degrees Centigrade), the clock signal is periodically removed from the processor core. This decreases power by approximately 50 percent and allows the processor to cool down, but has a serious impact on performance.

If you've never noticed a sudden increase in processor overhead on the CPU meter in your music application when running a CPU-intensive project, then you haven't reached this threshold, which is good news. Arctic Silver is also generally regarded as one of the best Thermal Interface Materials for transferring heat from the CPU to the heat sink, and Zalman coolers are also highly regarded by musicians. It will probably be quite safe to continue using your PC as it is unless you ever notice thermal throttling. However, a commercial builder must test systems under worst-case conditions, and if you want to do the same I suggest you download and use the freeware Prime95 utility (www.mersenne.org/prime.htm) — this will occupy your CPU at 100 percent capacity for as long as you run it, and your CPU temperature will probably rise significantly beyond 60 degrees Centigrade within a couple of minutes. If you are concerned at what you find (stop the test if the temperature rises much above 70 degrees Centigrade and the thermal throttling doesn't kick in), you might want to fit a more powerful cooling system.

Many PCs fitted with Prescott processors are plagued by excessive fan noise, and Sony's VAIO RA104 is the only one I've come across that doesn't, because it uses phase-change heatpipes to transfer the CPU heat to a hefty radiator on the back of the case which is in turn cooled by a large, quiet 120mm fan. The Philip Rees Prescott system I reviewed is also incredibly quiet, and one of the reasons was a modified Thermaltake Silent Tower PC Cooler (pictured above), which transfers the heat using heatpipe technology to a large enclosed heat sink with cooling fans at either side. Both of these solutions are significantly more powerful than the standard Zalman Flower cooler that most of us use to cool other processors, but this may be what is required.