I'm once again impressed by the sound quality of a recording made using the Yamaha AW4416 multitracker — this demo sounds very clear and bright without being harsh. The songs are based around the acoustic guitar and Matthew Adams, songwriter and producer of the CD, has recorded and arranged them well. The 12-string guitar on the opening song, for example, sounds great in context with the other instruments and later, if I'm not mistaken, he uses a capo high up the neck to make it sound more like a mandolin. He also likes to build up layered acoustic guitars to create dynamics and texture in his arrangements, and the absence of anything else but simple drum and keyboard parts allows space for the guitars to shine. And space is one of the real plus points about Matthew's production style. I liked the fact that he's not paranoid about leaving a strummed chord or plucked note to ring across a gap for some time in order to get the right feel for a musical pause.

There is also something a little contemplative about the music, almost as if it should be played in a church, which the use of subtle vibrato organ sounds emphasise. In fact, he's got the mixture of electric piano, soft organ voices and textured keyboard sounds just right. These sit very well in the mix and provide a contrast to the acoustic guitar and simple percussive loops which have more definition and attack. It must have been tempting to add more parts, given the capabilities of both the Yamaha AW4416 and Cakewalk Sonar, but I'm glad that he exercised restraint.

The vocals are softly sung and treated to a very nice reverb that undoubtedly comes from the AW4416's on-board effect processor. This reinforces the almost meditational quality of the songwriting, which is not dissimilar to Nick Drake, one of Matthew's influences. It might sound like the instrumentation is sparse; in fact there's quite a lot going on at certain important sections of the arrangement, but it never gets cluttered. The chord progressions are interesting and his web site suggests some background in jazz and funk which doesn't surprise me at all. Where the arrangements fall down is in their length — all three tracks are between seven and 10 minutes long, which is rather over-indulgent. Much as I liked the songs and recording quality, some focus and restraint — two qualities evident in Matthew's economical and well-chosen instrumentation — is necessary in this department. 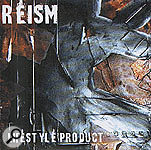 The first track on this demo combines real drums with samples, which were added using Logic's audio to MIDI function. Given the busy nature of the drum track it's no surprise that there are some timing hitches with the triggering. The delay between real and triggered drum sounds is audible and could have been sorted out using Logic's pre-delay track function on the triggered drum tracks. Advancing the MIDI track by 13ms or so will do the trick. The real toms on this track are a little dull-sounding, and this is clearly audible when the arrangement makes a feature of the tom pattern. This could be rectified with an upper-mid EQ boost at 2-4kHz, provided that boosting this frequency doesn't cause problems with any hi-hat and cymbal spill picked up by the tom mics. Later tracks use samples triggered from pads and these need a little beefing up with some lower frequency boost, to the toms in particular.

Even so, the opening track is energetic, verging on a wall-of-sound approach, but very well arranged. I especially liked the use of key changes and there's a neat change of mood when the C sharp minor of the introduction (and also the chorus) moves to G sharp for the verses. Best of all is the wonderfully unexpected move to D minor for the middle section of the song. However, it's only at this point that the bass synthesizer, which is present throughout, really works as the sole bass line instrument. From the group's correspondence, it's obvious that they struggled with the lack of a bass guitar and I can't help wondering why the guitarist didn't just borrow a bass instead of trying to make the combination of chugging guitar and synth take on the role. Listening closely, you can hear that there is also a clash where the guitars and bass synth aren't hitting the same note. This is repeated, so it's obviously a section of the arrangement that's been copied without anybody noticing. This is the kind of thing that you need to be on the look out for if you're an aspiring production team. You can't simply let it go.

Yet there are many other good points, such as the lead vocals and the effective use of backing vocals to dynamically lift certain sections. I also liked the use of guitar hooks, but wasn't quite sold on the thin, digital nature of the guitar sound. I know that you can get a better sound than this from the Line 6 Pod — one of the more standard Marshall presets would help give more body to the overall mix. As it stands, the mid-range is rather crowded, especially around 2kHz. Given the relatively hard vocal sound, I'd suggest cutting the EQ on the vocals a bit, as opposed to the guitars, in this frequency range to allow the voice to sit in the mix rather than fight against the other instrumentation.

Even with its small faults, this is an excellent demo that shows a lot of promise, with some spine-tingling moments. Highlights include the excellent choruses of the second song, competent and interesting heavy detuned guitar chord voicings and some excellent vocals from Kirsten Jorgensen. It's certainly worth a listen if you're a fan of Linkin Park and Evanescence.

The rather short introductory guitar piece which opens this demo lacks purpose, but Gary's first 'real' track has a nice feel. The slide guitar work and singing on this demo give the songs both melody and melancholy, in the manner of Karl Wallinger's World Party. However the mixing is not great, with the electric bass and bass synthesiser fighting for space in the lower bass frequency range (the synth filter being open enough for its upper harmonic energy to sit above the bass guitar). Some high-pass filtering or a bit of shelving EQ around 100Hz on the synth channel could deal with this. Gary recorded the tracks on this demo in a few different locations over the years and those recorded more recently demonstrate that his mixing, as well as the recording setups used, have improved over time. The penultimate track is a cleanly recorded slice of instrumental world music featuring some well-chosen percussion samples, though overall I preferred the songs with vocals because of Gary's fine, emotive voice.

If there was a prize for most appropriate demo title, Graham would win it with 'Lava Lamp' — his influences are very '60s and '70s and you can hear bits of Brian Eno, Robert Fripp and even Steve Hillage in the music. However, he drags these influences into the present day using modern beats which work well with his textured guitar tracks. Though the general standard of production varies, there are lots of creative ideas. The first mix would benefit from some valve compression to glue the mix together and make it a touch more punchy at lower volumes. My favourite track has to be 'Urrgghh!', which features a sample of the word (or sound) itself, dynamically pitch-shifted with some guitar samples mixed in for good measure. The circular pan effect certainly brings about the desired nauseous feeling! I also found it worth delving further into the album to be rewarded by the ambient electro sound of a track called 'Pictures in The Hotel Room' — file under 'interesting in the right lighting conditions'. 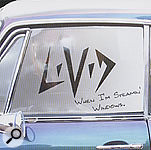 If you ignore the awful CD title, 'When I'm Steamin' Windows' (it probably seemed like a good idea in the pub), this is a well recorded slice of rock in the style of classic bands like Aerosmith and, more recently, the Darkness. More backing vocals would help lift the choruses — you know the sort of thing, a massed vocal attack to give the excellent singer Psy some support and contribute to a bigger, wider production sound. The band are tight and the guitar sounds in particular are very good — the Marshall amps, one with an old Sound City cab, are miked up using a Royer 121 ribbon mic. Some of the mixes are a bit dry, the drums in particular, so it might have been worth adding a little reverb to the natural sound of the overheads as the room reverb is just a touch too short. I also found the bass drum a little indistinct and some subtractive lower-mid cut EQ at 200Hz or so would have brought out the attack to complement the warm, rounded tones of the bass guitar. Having the CD mastered at Abbey Road by Chris Blair was obviously worth the expense as the mix sounds pretty punchy, although a touch more presence wouldn't be a bad thing.

Recorded by Danny Joyce in his home studio on the island of Guernsey, the band have now relocated to the mainland but Danny is still championing their cause. The first thing I picked up on was the curiously restricted, old-fashioned drum sound, and when I read about Danny's studio I realised why this had come to be. He's put carpet on the walls as sound treatment and, of course, this has sucked all the live sound out of the room. Attaching some reflective material — small, thin plywood sheets, for example — randomly to the walls of the unfortunately proportioned 12 x 12 foot live room would help reintroduce some reflections. There's definitely a case for adding a good-quality reverb to the recording setup too, whether in the form of a plug-in or a hardware processor. As for the band, this is a good demo of what they are like live but some of the arrangements need to be cut down and tightened up for recording purposes. The studio acoustics suit vocals and it's no surprise that Danny has got a very nice vocal sound out of a Rode NT1. However, sorting out the room's acoustics should be a priority.