Business End enables you to have your demo reviewed by a panel of producers, songwriters, musicians and managers.

Tim Speed (TS): "This is quite painful to listen to actually — sonically. It's like everybody wading in all at once, just like 'one, two, three, wargh!' all on their own level. It don't mind it musically though, there's a lot of little bits I don't mind." 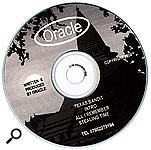 Brian Campbell (BC): "I don't like the bass sound, it's atrocious — it just sounds horrible."

PH: "I don't think it sounds very good, recording-wise. It's a bit ordinary and it's not that clear.

"It says in their letter that they've been together for eight years, honing their sound."

TS: "Eight years, and this is what they're coming up with?"

PH: "It says here 'We all the love music we do because our band has saved us from the mundane and the sterile, which we nearly became victims of.'"

TS: "I think they did become victims of it."

BC: "Well if they enjoy it, good luck to them."

TS: "Yeah, but don't inflict it on others. No, that's not fair, they're not that bad really, they're quite a good band, they sound good."

Nikki Harris: "I think they should carry on if they enjoy doing it, but I don't know how far they can expect to get with this like it is."

PH: "They should be coming up with better songs than this after eight years. It's what you'd expect to hear if you walked into the Zanzibar or any other local band night."

BC: "Yeah, it's a bit like a sixth-form band or something."

TS: "I don't mind it though, it sounds like they're trying to be a bit ambitious and I like that. The second track is quite painful to listen to, just the guitar sound and the ride — they're both really cutting and harsh."

PH: "They don't really sound like they're locking together as a band on this recording."

NH: "It all sounds a bit dense and thick and you can't really hear the vocals properly."

BC: "Do you think the drummer produced it? I'm just wondering 'cause sometimes the drums seem really loud, like the ride on the second track."

TS: "They say in their letter that they're from Hull and they're playing gigs in London. From an advice point of view I'd say try and write some more original songs, if you can, and don't waste your money going down to London to play a gig. It's a complete waste of time. If people hear your demo and if they love your songs they'll come and see your band. If they like the songs that much then they'll travel to Hull to see you. And then you're not travelling to London in a van, spending loads of money and getting knackered."

BC: "The amount you spend hiring Transit vans and paying for fuel — a few gigs like that would pay to put a single out."

NH: "They haven't got particularly outstanding tunes. They're not the sort of thing that people are going to sing along to until they know them. You'd have to listen to them quite a few times before you got used to them. It'd be harmless to have on and if you know the tunes then I think you'd probably enjoy a gig but there's nothing particularly outstanding about this."

PH: "It all comes down to songs, doesn't it? Any band's got a chance if they can write a fantastic song, but that's a bit like saying Everton could win the league. They could."

TS: "I think this is very generic; it reminds me of the sort of music you hear in clothes shops."

TS: "I'm sure this was on in H&M when I was in there the other day buying a hat. There's nothing wrong with it though, it's quite cool. You can imagine it being on in some bar where there's lights in the floor. It does have that kind of background sound to it though."

BC: "Have you ever seen Sky Travel on satellite? They have all these shots of hotels and beaches in Turkey, or whatever, and there's always music like this playing. It's extremely generic, like elevator music in a way. The closest thing to this that I'd actually listen would be Aphex Twin or something like that, and I don't think this sort of thing comes anywhere close to that." 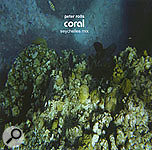 Photo: by Nigel Jopson NH: "It's like that band we heard earlier [Cloud 149, featured last month] had a really early-'80s sound, well this has just got an early-'90s sound."

PH: "Yeah, the first thing I thought was 'Future Sound Of London'. And the cover on this — it just seems like the most inevitable thing they could do. It seems really predictable."

NH: "Yeah, if it wasn't this it'd be a long-exposure shot of cars at night with all the headlights streaming into one."

BC: "The other thing about this sort of music is that it's dead easy to make. I don't want to sound disrespectful, but you could get the bare bones of this down in five minutes on your computer. I mean I'm crap at this sort of music but I can do it and it doesn't take that long to do. If someone's committing themselves to this sort of music style they've got to be a lot more inventive and creative with it if they want to stand out."

NH: "I just wonder if people still listen to this sort of thing. It seems really dated to me but then I'm not that into this sort of music and I don't really follow it."

TS: "It's for people coming down isn't it? It might be nice, y'know; coming down off the pills, have a glass of orange juice and stick this on."

PH: "It's wrong to compare this sort of thing to Aphex Twin or Eno just because it's electronic, but it's hard not to and I can't really help it, I'd just much rather listen to something like that than this."

NH: "It's not bad — it's competent and the recording's not that bad at all, it just seems so unoriginal. Maybe he should try listening to more things from other genres, a bit of outside influence might make it more interesting and make him stand out from the other people doing this sort of thing."

BC: "Yeah, definitely. It's the same with any type of music, you shouldn't just listen to the same sort of stuff as what you're making."

More recently he has worked as a tour manager for EMI, looking after Mansun and many others on the road. Today he manages Liverpool-based band the Open (pictured above) who have recently signed to Polydor.

Five years ago Tim had a small private studio in Liverpool which he has developed into a fully commercial facility named Elevator Studios.

Over the last two years Elevator has played host to the Coral, the Zutons, Ian Broudie, Clinic, Ladytron and many others. Most recently Tim has been producing the Altericks.