Since the August 2004 issue went on sale, we've been inundated with letters and emails responding to Paul White's Leader column, where he aired his frustrations with Mac OS X and its system of access privileges. Here's one such missive, which is broadly representative of the rest, and more polite than most! 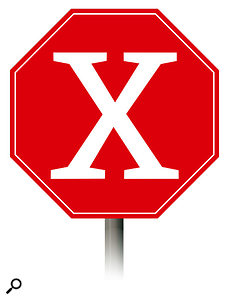 It sounds like Paul White has got his knickers in a bit of a twist over OS X!

I had put off upgrading to OS X for as long as I could, having run Pro Tools on OS 7, then 8, and finally 9, and was reluctant to change — 9 always seemed fine to me. But now OS X has settled in, I love it.

It looks like at least one of your problems — with Permissions and so on — can be easily solved. You should be running OS X as an 'Admin' user rather than as a 'Standard' user, and as such, you then have permission to do what you want to all your files and folders, and full 'privileges' (within reason!). Once all permissions are restored, everything should be fine.

I find my apps all open fast, and iTunes is great for playing CDs. OS X virtually never crashes and Pro Tools is now very solid too. Extension clashes, memory allocations, Appletalk problems, and the dreaded OMS are all things of the past. What more could you want?

Editor In Chief Paul White replies: Well I've switched to OS X on all my Macs, and I like it very much too, but part of my duty in the Leader column is to rant about stuff that annoys me, and even though I am the one and only User and Administrator on my studio Mac, it still argues about permissions, especially if I've imported audio from an external source. For example, Logic may tell me that I don't have sufficient access privileges for it to create an overview waveform when I import audio from a CD-ROM or audio CD I've made. Rather than having to outwit the bugger, what I'd have preferred is a 'no paranoia please' mode where permissions became completely irrelevant, with maybe some polite warnings if you were going to do something that might trash the OS. After all, it's only a studio computer, not a strategic part of the national defence network. I know several other users who feel the same way.

And yes, I know you can tell the system not to stick iPhoto or iTunes in your face at every opportunity, but I think it would be better if I should specifically have to ask for things to happen rather than the computer deciding what it thinks is good for me. I have the same issues with Setup Wizards that lull you into a false sense of security, then sod off to the pub when they come across something they can't deal with!

So yes, there are things about OS X and virtually every other bit of technology on the planet that wind me up, but despite my whinges, I still think it is a great OS and wouldn't ever want to go back to OS 9.

The Need For Speed?

Thanks for Dave Shapton's article on technical support and how to avoid it in the August 2004 issue of Sound On Sound. It provided some very useful information. However, I strongly disagree with his assertion that "the latest does not mean greatest" when it comes to buying your music computer. It is surely always far better to buy the fastest machine that you can afford. It will load faster, let you run more tracks and plug-ins, and you won't need to upgrade so soon. What's more, the most up-to-date machine will give you increased productivity over its lifetime and impress any clients who come to visit. 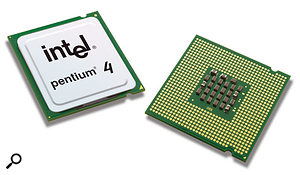 If you can wait, today's 'latest and greatest' in PC technology will cost you a good deal less in just a few months.One other very important point to mention on the subject of avoiding technical support is to ensure that your music computer remains a dedicated music computer — never connect to the Internet or email from it, and never install any non-music-related software. This minimises the likelihood of the incompatibility crashes spoken about in the article.

Finally, always virus-check anything that you plan to load on your music computer using an old obsolete or family PC. Also use that PC to connect to the Internet to get all your latest updates and samples.

A fast PC will serve you well and give you the full value from all your software synths, samplers and plug-ins. A slower PC will just be a slow PC that you will want to upgrade sooner rather than later!

SOS contributor Dave Shapton replies: Thanks for your comments, Chris, the majority of which make good sense. I don't even disagree with your thoughts about 'latest and greatest' computers, except to say that the system you choose to buy should take into account the circumstances in which you usually work.

Like you, I'd normally want to buy the fastest, turbo-est, screaming-est computer on the planet. Just for the sake of it, I'd load up as many plug-ins and try to play as many tracks in real time as the beast could support. I'd actually take some satisfaction in the thought that I was doing with my computer what Formula One drivers do to their cars when they drive round bends on a racetrack.

The trouble is that the computer equivalent of screeching tyres and barely controlled sideways movement is not necessarily what you want when you're approaching a deadline to deliver a project to a radio station or a record company. What you actually need in these circumstances is safety and stability.

A case in point is the new Grantsdale chipset from Intel. These new chipsets are a pretty big jump forward in motherboard design. They've got the new Azalia audio sub-system, PCI Express and even onboard wireless networking. But would I use one on a serious project? Not yet. I haven't tested the boards with any of the esoteric hardware and software that I use. Most of it would probably work; but 'probably' isn't anywhere near good enough if you're trying to get a project safely delivered.

So I'll stick with stuff I know works (or doesn't work but whose foibles are familiar to me) until this undoubtedly fine new Intel chipset is 'shaken out' by millions of users whose income doesn't depend on having a completely stable system.

One other thing: I wasn't suggesting that you should necessarily buy computers using technology that's been available for a whole year. It's probably always going to be the case that if you wait just a few months, what was once cutting-edge in terms of both performance and high price is going to be a lot cheaper, and probably only very slightly slower, than the processor that came out yesterday.