Your Correspondence By David Greeves 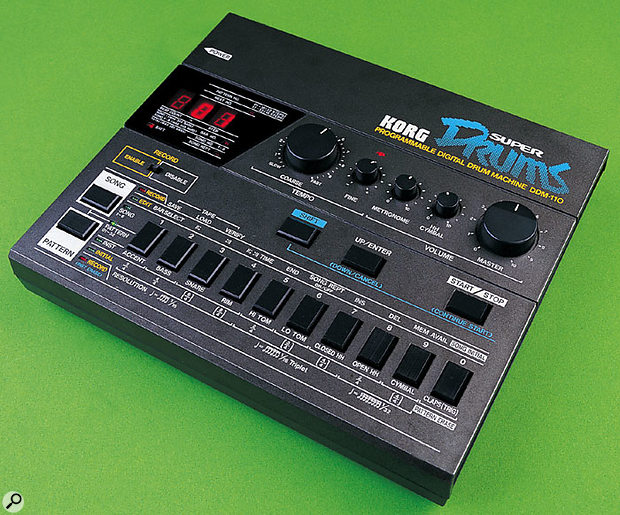 Unlike analogue drum machines, the Korg DDM110, one of the first mass-market digital drum machines, used PCM samples stored in ROM. But while it is satisfyingly 'old-skool', its drum sounds could never be described as realistic.

I was talking to my mate about all the old gear we've had over the years, and he mentioned the Retrozone review of the Korg DDM110 by Paul Sellars that was in your January 2001 magazine. I've still got one of those — I bought it new in '84 — but I've not used it for absolutely years. Paul's right about the drum sounds, of course ["It positively stinks of the early '80s"], but we got a lot of use out of it all those years ago, writing, jamming and so on — happy memories! Reading the review and seeing the pictures brought it all back.

News Editor David Greeves replies: Looking back at Paul Sellars' comments in that article, he freely admits that on revisiting the DDM110 'Super Drums' module he was expecting it to sound awful, but found this not to be the case. In fact, he praises the punch and character of the unit's PCM sounds which, as he points out, could never be considered faithful recreations of real acoustic drums.

If any other readers out there have a favourite bit of kit that has been left behind by the relentless march of time and the fickle nature of fashion but which still holds a place in their heart or, even better, plays a role in their studio, why not drop us a line and tell us about it?

With regards to Martin Walker's feature about updating PC hard drives, I just went through hell with this procedure and found a program for backing up and copying hard drives and partitions that really does work seamlessly — Casper XP [www.fssdev.com/products/casperxp].

I enjoyed your recent series of tutorials on the Roland VS digital multitrack recorder series. I buy your mag religiously every month and I don't recall ever seeing a mention of the VS Pro software for Windows PCs made by an Australian company called Datasonics www.datasonics.com.au. It's a cracking piece of kit for controlling all VS recorders prior to the latest 2480 model and its spin-offs.

There are various modules you can purchase separately, such as the simple mixer module, which integrates with your DAW sequencer to control the mixing side of your VS recorder. The full version features a sequencer and notation software, and gives you full control over virtually every function in the VS from a PC via MIDI, in a similar way to Roland's own software to control the VS2480. In the main sequencer window you get to see the audio waveforms of any recorded audio within the VS recorder and can do the usual cut, copy and paste of your recorded audio using your PC. A demo of all the modules is available for download from the Datasonics web site; it's fully functional, although it won't save projects.

The MIDI and audio spec of the program isn't on par with, say, Cubase, but I've been told that the company are working on some updates based on users' requests to increase its features. But it's a stable program that can control as many VS recorders as you've got in tandem, provided that you have the necessary MIDI ports.

Anyway, I thought some of your other readers who own a VS recorder might be interested in learning of this software's existence. I own a VS880 Xpanded, and the program has been a godsend for me — it just makes the operation and control of the VS880 so much easier. 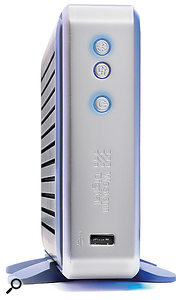 In the February issue, Martin Walker wrote an article about updating your PC hard drives and talks about quiet drives. I have been using Western Digital external Firewire drives for a year and they are the best. They are quiet, have no fans and they run cool, thanks to a clever mounting where the drives float on heat sinks. I used two of them while working on a dual disc for the band Switchfoot which had 100 tracks at 88.2kHz, and they ran perfectly for the entire project.

Thanks to Elliot for the recommendation. Readers in the UK can contact Western Digital UK on +44 (0)1372 360055 or via their global web site www.wdc.com.

I recently saw an SOS review of a Matrox P650 graphics card with triplehead upgrade kit on the Matrox web site. It was incomplete, and I would really like to read it all, but I can't find it at your web site. I would be very happy if you could provide a link to the review.

News Editor David Greeves replies: The reason why you may be having difficulty finding a review of the Matrox P650 graphics card on our web site is that it was actually reviewed as part of the Carillon Core 4 music PC system, in SOS September 2004. You can find the full review at www.soundonsound.com/sos/sep04/articles/carillon.htm. Sound On Sound tends not to review PC components on their own which aren't directly music-related as, firstly, there are plenty of PC magazines out there who do that and, secondly, because the vagaries of PC assembly mean that the component may not work as described in a different setup to the one we test. In the interests of thoroughness and reliability, we think it best to only review complete systems designed specifically for musicians.