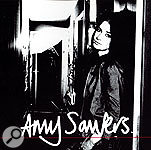 TS: "I think she must be quite young but there's definitely something about this, y'know, something in there that's quite promising. The first recording's terrible but then the next two get a lot better."

Paul Hollis (PH): "Do you think there's anything you could suggest to make it a better recording?"

TS: "Yeah, well a visit to Elevator certainly couldn't do it any harm. Seriously though, I reckon this girl's really young and she's probably still finding her way but there's definitely something quite good about her."

BC: "I really like it, there's something about it that reminds me of Patti Smith."

TS: "There's some really good melodies here but the band and the style of the music sounds a little bit confused to me. There's this ska-type bit on one of the tracks and it just doesn't seem to fit in with the rest of it."

PH: "I hate it. I think it's rubbish. It's like a really, really crap version of the Little Flames or something."

TS: "I'm not very keen on the music but I think she's good. It's a bit weird how it's presented 'cause it's her name on it and there's just a picture of her on the cover — you don't get to see that there's a band as well until you open up the CD sleeve. So are they like a proper band, or does she want to be a solo act with a backing band or what? I think this is the sort of thing you want to know with a demo."

BC: "Does her voice remind anyone else of Gwen Stefani?"

NH: "Aberdeen. She sounds slightly American doesn't she, but I think it's the Scottish influence in her accent."

PH: "It sounds like she's struggled to find people to play with, I reckon the band just sound awful."

NH: "It's not the best demo. I don't think a demo has to be brilliant quality for a label to see that there might be potential in something, but at the same time I don't feel like this is showing off her potential as much as it could do."

TS: "I'm sure she has got potential. I think it might take a change in direction or a better band to realise it though. She'll probably get better at writing as well."

PH: "I think the recording's dead clean to be honest. It leaves me a bit cold but I don't think the actual recording's that bad at all."

BC: "As I say, the only problem I have with it is the drums. I don't like the sounds and I don't think that they're sitting properly with the rest of the mix. I do like this though, I think it's easily my second favourite one today, after Uncle Johnny [see February's Business End]."

TS: "I wouldn't want to play it again, just 'cause of the sound of it. I'd like to hear it done properly."

PH: "Do you not think it was a bit clichéd? Like the songs as well as the words?"

TS: "Yeah, a bit but there's some tunes in there as well. I think she sounds quite honest in her voice and I like that."

BC: "Anyway, I like this, I think she could go far with it. So, yeah, I reckon she just needs to keep at it."

TS: "I think this sounds like a music student who's trying to make music for films without any real originality whatsoever."

NH: "I think it sounds nice, there's a really good sense of space in the recording." 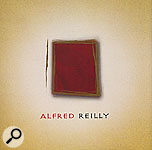 TS: "I always find it really hard to listen to music for films without seeing the film itself. It'd be good if he'd mocked it up for a scene from a real film, or if he did some scoring for a small independent movie or something and sent in a clip from that."

BC: "I think it's good. He's got some good sounds in there, I think his arrangement's pretty good and I reckon it's really well produced for what it is. The orchestral samples he's using sound great as well."

NH: "I'd like to hear it with more live instrumentation. There are parts where I think just a bit of live percussion would really add something to the momentum and feel of the music."

PH: "I like this, for what it is, y'know. He's obviously good at what he does. He says he's looking for work in the letter he's sent with the CD — he wants to do film scores and that and I reckon he could do from what we've heard."

NH: "It's a hard thing to get into, writing music for films. It must be a really difficult thing to do actually, writing to order and trying to interpret the mood of the film in music."

TS: "It does sound like a test piece, y'know when you're at music college and they get you writing in a certain style? So it'll be like three months of doing theme music and then they'll be like 'write a score for this'. It just seems a bit like it's music by numbers, you know what I mean?"

BC: "I could imagine this in a film though — and that's what he's going for, isn't it? You could really imagine the first piece on a BBC children's programme or a cartoon or something like that, it's got that sort of playful, unreal feeling to it."

More recently he has worked as a tour manager for EMI, looking after Mansun and many others on the road. Today he manages Liverpool-based band the Open who have recently signed to Polydor.

Five years ago Tim had a small private studio in Liverpool which he has developed into a fully commercial facility named Elevator Studios. Over the last two years Elevator has played host to the Coral, the Zutons, Ian Broudie, Clinic, Ladytron and many others. Most recently Tim has been producing the Altericks.

Mastering Essentials Part 3 - How loud should I master?
1 week 3 days ago.