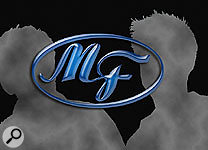 Fundamental to the sound of this duo is the way they process and manipulate the vocals, not just with extreme effects treatments, but also simple things like stereo placement. For example, on the first track the lead vocal is treated with some resonant distortion and panned hard left and right. This leaves the secondary vocal in the centre of the stereo image. It's treated with a heavier distortion effect and 'telephonic' EQ which draws the listener's attention, but thankfully it doesn't dominate because it's at a lower level in the mix. In terms of dynamics, the arrangement then builds with some much smoother multitracked backing vocals which don't interfere with what's already going on. Beatbox-style vocal samples are cleverly used to provide the percussive backing to the track, and there are some nice low vocoder lines too. As I describe it, it sounds rather complex, and it does take a few listens to appreciate everything that's going on, but everything is well thought-out. Even the bass line seems to have someone's voice layered up with the sample!

As for the instrumental arrangement, the step up to manic drum & bass as the track progresses works well. Continuity is kept by using some of the same vocal backing parts. However, by six minutes they've just about milked the idea dry and the last minute of the mix unfortunately slumps into self-indulgence. Apart from that, the only real disappointment with the first track centres on the bass end of the mix, and this is for two reasons. Firstly, the mix is light on kick drum, so it may be worth re-triggering a stronger kick-drum sample from the loop in Logic, or even just using a simple bit of bass-boost EQ. Secondly, the bass synthesizer during the drum & bass section has too slow an attack and ends up sounding rather like a Tuba!

Track two continues to display the duo's skill at producing, with an engaging start to the song. The tension is built up by a wildly panned and filtered overdriven chord, leading to a one-bar build using a pitch-shifted chord which anticipates the drum loop. Unfortunately the exposed vocals show up the lack of a decent vocal microphone this time, even with the distortion fudging things. More clarity could have been achieved using the graphic EQ in Logic. A basic microphone like the Shure SM58 tends to have a fair amount of mid-frequency energy and using EQ to provide a gentle scoop between 500Hz and 1kHz and boost at between eight and 12kHz can improve matters significantly. Sonically, the lack of low-frequency content doesn't allow this track to fulfill its powerful potential. Once again the kick drum should be louder, and the bass at least audible. Yet the guitar work on this track is really nice, with a classy dragged chord and some picking treated with modulation. Even so, the heavier section following it is a bit lightweight and the overdriven chords need to be more aggressive. Otherwise, there's lots of good programming work, with some tense synth sounds and a neatly engineered delay on the ending. This promises much, but is not quite the finished article. 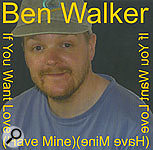 Ben's soft-rock sound has been recorded on what many would now consider an old-fashioned setup, but it's still a perfectly capable one. Only one song was recorded on the Cubase system as a bit of an experiment, while the rest of the demo was recorded to ADAT.

I was surprised at the rather buzzy-sounding acoustic guitar which leads two of the songs. It sounds like there's a problem with the 'C' note played at the first fret on the 'B' string, which could be the result of a worn fret or simply a poorly set-up guitar. In the first song, when the guitar is moving between the 'C' and 'F' chords in that position, the buzzing problem is quite noticeable. It's a shame that a different guitar wasn't used because, otherwise, the mix is quite solid with a decent drum balance, using just a touch of compression on the snare to control its dynamics.

The warm electric bass and unfussy electric guitar sounds show a production approach which leans towards the 'live in the studio' style of demo. Ben's web site confirms that this was what he was aiming for, and the CD has a certain charm which might have been lost had he gone for a more polished sound. Having said that, some obvious extras would improve the arrangements. For example, the second verse and bridge on the first track badly need backing vocals or some of the excellent brass playing from the third verse to lift them dynamically.

The second song has an early Beatles feel, courtesy of the simple harmonica line echoing the sung melodies. It also features a slightly more animated vocal performance from Ben, and he could have capitalised on this lift in energy level with a sharper EQ on the brass. Yet as it stands, the combination of electric piano and brass creates a smoky club atmosphere that still works well. Having enjoyed the fairly underproduced sound of the band, it was interesting to hear a more complex and modern approach on the fourth track, 'Altitude'. This incorporates a busy drum loop and sampled bass with some atmospheric keyboard work. The sound of the vocal is helped by what is obviously a better microphone than the one used on the preceding tracks, but band bassist Nick Aynsley should have been drafted in for the session — he could have provided a much better groove than the bass samples do. Overall, the recording quality is better on this fourth track but as it's in contrast to the live and loose feel of the rest of the tracks, it comes over as a bit of an experiment. 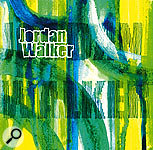 I liked the songs on this CD enormously. They're uplifting in the way a band like the Lightning Seeds can sometimes be in their more anthemic moments. So it's a shame that the mixing doesn't live up to the potential of the material. It seems that Jordan has a tendency to throw in too many ideas at once without considering quite how they're all going to fit together musically or sonically. I understand how important it is to get those little gems of creativity onto the multitrack when you're the artist. Yet this should be balanced by wearing your other hat as the producer/engineer and ruthlessly sorting out the good from the bad/mediocre. Sonically, a lot of the sounds are too bright and the vocal is certainly over-compressed and over-EQ'd. However, the material is so good it's worth calling in a friend or paying a professional to help with the mix and quality control.

Aiming for the film-soundtrack market, this tastefully recorded CD is based around the compositions of pianist Iris Litchfield. The upright piano's sound is nicely recorded considering the studio photo shows an SM58-style dynamic microphone over the top of the instrument. This would account for the slightly boxy, woody piano sound on the opening track, which I rather liked. However, the piano on some of the other tracks sounds digital and I suspect the duo's Korg Triton LE was used. The Triton also provides further orchestration to complement Iris's Richard Clayderman-inspired piano parts. As far as I can tell, this additional instrumentation was arranged by Chick Holland, who offers his services as a professional arranger and engineer via his web site, and his contribution certainly gives these compositions a wider appeal to the listening public and also adds that 'film soundtrack' quality. The hall reverbs chosen for the piano are tasteful and suit the 'natural' piano sound the pair achieve — that is to say, the reverb is not overly bright. The quality of the mix is good, but then it ought to be, as Chick is a pro!

Spacedoubt's sound is heavily reliant on the synthesized bass which they like to place at the front of the mix. The bass sounds are very good, but the actual bass lines (with the notable exception of track four) just aren't good enough to sustain that position in the mix. As the mixes often run over six minutes with only a couple of short breaks from the same repeated bass pattern, you can see the problem. Very little work has been done to keep the listener's interest going by using, for example, filter manipulation or even simple sound layering. I suggest a little more experimentation. Try taking the line up a couple of octaves, changing the triggered sound and introducing a different (and less busy) bass line underneath for instance. With MIDI there are endless possibilities. As a consequence of the dominance of the bass, the drum sounds tend to take a back seat when on some mixes they should be providing the power and punch instead. All the same, Spacedoubt have the best track title this month with 'She Bit Me'. 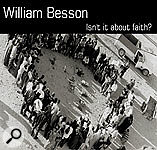 William's electronic pop has plenty of class and his off-beat vocal delivery is excellent. Even so, I can suggest some improvements in the mix and arrangement. For example, the first track on the CD is a bit bass-light and the cello line could be lifted by the addition of a complementary violin part. This would have given the mix more interest in the upper-mid frequency range. I found the groovy drum loop and sub-bass sound on the second mix captured the attention straight away but I also liked the rather unorthodox panning of the vocal to the right of stereo. However, this has the potential to be confusing for listeners with poorly placed speaker systems, until the vocal goes stereo for the chorus! The guitar sounds are all a bit scratchy and need fattening up, especially the acoustic guitar. This is rock with a heavy electronic twist and, overall, it sounds pretty good.

The upgrade to a dual-processor Mac and Logic seems to have done the trick for the dark, dramatic sound of this industrial Goth band. The combination of fat analogue synthesizers and heavy guitars is well arranged and performed. My guess is that they've mixed this at quite high monitoring levels where it obviously sounds suitably aggressive, but at lower levels it's not fulfilling its powerful potential. This can be improved in post-production, and I suggest that they import the original mix to a stereo track and apply a graphic EQ with a 3dB boost between 80 and 150Hz and some simple stereo RMS compression to give the mixes a bit of muscle in the bass end. I noticed when I tried this that the digital signal coming off the CD was showing very high peak levels. Getting a louder-sounding mix is actually about raising the average signal level rather than just taking the peaks to the max. The best mix for me was track three, 'Breathe', and you can check it out for yourself on their rather excellent web site.

Mastering Essentials Part 3 - How loud should I master?
4 days 22 hours ago.