Response to your letters, emails and calls By David Greeves 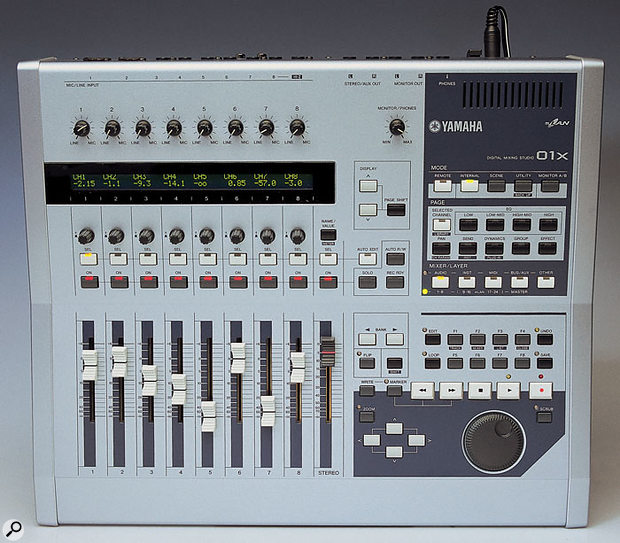 I know the pages of SOS are not really the place to air one's wish list, but could you find a few column inches to try and persuade the bods at Yamaha to develop a newer version of the SW1000XG card? I was hoping to squeeze more life out of the old soldier when I migrated to a Mac, only to find that, although Yamaha intended to develop OS X drivers, they could not make it so.

For musicians on a budget there has never been such a powerful and compact tool. Yes, the 01X is capable of everything the SW1000XG and DSP Factory (DS2416) could do, and more, in the mixing department. Yet it was the combination of the synth, soundcard and mixer on one PCI card that was the heart of the SW1000XG's versatility and hence popularity... oh, and of course the price! Not everyone has room for an 01X, but most have a spare PCI slot.

Perhaps other readers might like the chance to offer their thoughts and see if we can persuade Yamaha that it's a format worth keeping and developing.

Peter Peck, Marketing Manager for Music Production at Yamaha-Kemble, replies: You raise some interesting points and I hope I can help with some of them. Firstly, we are sorry that there will not be an OS X driver for SW1000XG. The decision to stop support on this OS was not taken lightly. However, after much internal debate and consumer research, we had to regrettably take that step. We kept the SW1000XG fully supported for its record six years of sales, but could not justify the additional investment for OS X development. 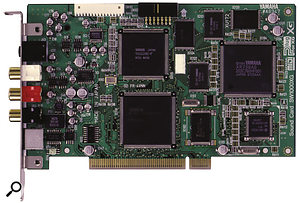 The SW1000XG PCI card has been consigned to history, while, for Yamaha, the mLAN protocol and products like the 01X represent the future.

As you know, the SW1000XG was, and remains, a unique concept. Unfortunately, all good things come to an end and we have discontinued its production. There are always many reasons for changes made to products and the direction of development — often too many to list! As a result, I am not in a position to give you all the detailed reasons, but I can share with you some of our computer-related thinking to help you understand our decision.

SW1000XG and DS2416 were designed a long time ago, in the days when the majority of customers had multiple PCI slots available, before plug-and-play and before software synthesizers became so commonplace. Naturally, when designing a product, we have to consider both how long it will take to develop and the length of time it will stay in the market. This means we have to be thinking a long way into the future. We have seen some incredible changes in the music-production process over the past few years, like the massive explosion of affordable software synthesizers and the ever-decreasing price of the laptop computer. As processing power has increased, VST instruments have really offered the musician a great value-for-money alternative to some PCI-based hardware alternatives. With many of our customers having migrated to physically smaller computers and laptops, as a manufacturer we have to find commercial solutions to suit those customers' needs — hence mLAN.

Yamaha (and all the other mLAN Alliance companies) now clearly see the future of computer-related music production as a scaleable, networkable system. By using the Firewire buss for mLAN we can now offer musicians and producers new tools and features that could not be achieved if we had remained on the PCI buss. For example, an mLAN-equipped Motif synth now can act as a bi-directional software controller, tone module, audio interface, multi-effects processor and controller keyboard. Admittedly, it has a higher price than the SW1000XG, but the increase in audio quality and feature set can justify that.

Our recent purchase of Steinberg allows us to offer even tighter integration with software — we can ensure that hardware appears as VST instruments and that the entire 'studio' is recalled within a sequencer project file (hence our Studio Connections initatives). All of these advantages are now available to any computer with basic Firewire connectivity. The mLAN protocol even allows for products to be networked without the computer — a very attractive benefit for live applications in particular.

So, although we recognise that there is still a PCI market, we do have to consider the rise of software synths and take notice of the overall direction of the computer as a musical platform. This means that Yamaha is now highly focused on mLAN.

Interestingly enough, our research shows that the vast majority of UK 01X owners previously owned the SW1000XG and DS2416. They made the transition as they found they were using the SW's onboard soundset less and less but needed more effects processing, balanced inputs and software control. These customer surveys also cite laptop owners as the highest percentage of users.

I hope that this background information and insight helps you to understand some of our motivations with regard to the SW1000. 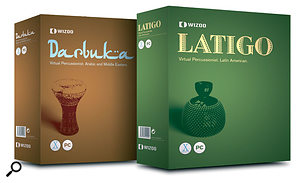 I enjoyed Derek Johnson's review of Wizoo's Latigo and Darbuka in SOS June 2005. I recently reviewed Latigo from Audiomidi.com in the US, and found your review to be very concise and on target — nicely done. One Mac-related piece of information that I didn't see in your review which is of interest to users of AU and RTAS plug-ins is the lack of multiple outputs and surround capabilities. By default, Darbuka and Latigo only supply one stereo out for both AU and RTAS platforms, while the VST version includes support for multiple outputs and surround.

I am more concerned, however, that Wizoo have not clarified this information in their marketing, or on the product's packaging (I urged them to provide a disclaimer on the web site, until updates were made available). In fact, AU and RTAS users would only find this information after either downloading the manual, or after having bought the product. Even then, a disclaimer is only made obvious several pages into the manual.

These limitations were confirmed to me by their tech support (back in February), though they were ambiguous about when this might be resolved. I think these are both stellar products worthy of a fine review, but I think Wizoo need to be more forthright in advising what features are actually available to potential buyers.

News Editor David Greeves replies: We got in touch with Wizoo via M-Audio UK, the UK distributors of Latigo and Darbuka, and they confirmed the problem. Wizoo explained that "host limitations in Pro Tools and Logic made it impossible to come up with multi-out versions of the plug-ins" but said that forthcoming updates would include multi-out versions for Logic (Audio Units) users. Those updates to Latigo and Darbuka have since been posted on the Support section of www.wizoo.com and updates for RTAS users may well be available by the time you read this. As to Wizoo's reticence in disclosing this limitation, it's disappointing, but understandable at the same time!