The Luxury Of Choice

Back in the ’80s, tastes in music were narrow. We were passionate about music, but we were wedded to our chosen scenes. The idea that a thrash metal fan might also enjoy the Smiths was utterly alien. The only thing that bound us all together was a shared revolt against the music of the ’70s! 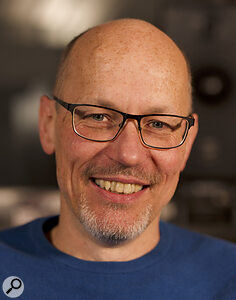 Sam Inglis, Editor In Chief.Photo: JG HardingThe Internet seems to have swept all that away. Today’s teenagers see nothing odd about playlisting The Beatles and Sinatra cheek by jowl with trap‑metal and drill. Music of the past is seen as a canon to be added to, not an embarrassment to be left behind. This seems to me a very positive change, and I wonder if it’s being reflected in the ways people make music.

Back in the ’70s, liner notes famously announced that no synthesizers were used in the making of Queen albums. What young band today would see that as something to boast about? Today’s musicians are happy to use whatever will get the job done in the quickest and most effective way. No‑one thinks it’s somehow cheating to use the ‘wrong’ piece of kit to create a sound or express a musical idea. And whilst I harbour reservations about AI‑based tools for mixing and mastering, I suspect that’s just me. I’m sure most people are just getting on with making music and using these tools on a ‘whatever works’ basis.

What makes this all possible is choice. And when it comes to music production, the most fundamental choice is whether or not to use a computer. That choice has been around for a long time, but for many years it was a pretty irrevocable decision. You either bought an Atari and learned MIDI sequencing that way, or you went down the hardware route with grid‑based grooveboxes. The path you chose profoundly shaped the music that came out at the end.

We’re no longer in a position where we have to commit to only one way of making music, or using a single tool to do everything.

That chasm was then bridged by products like Ableton’s Push, Akai’s MPC Live and the original NI Maschine, which successfully combined the hands‑on charms of grid‑based sequencing with the open‑ended power of mainstream computing. But in doing so, they lost the self‑contained, go‑anywhere freedom that characterised the original MPC and related designs. That freedom is now returning, and in the current generation of music technology, we may be seeing a reaction against the idea of using one super‑powerful tool to do everything. That’s not to say that Akai’s MPC Live, Elektron’s Octatrack or NI’s new Maschine+ aren’t powerful. They are, hugely so. But the emphasis is no longer on power alone, or on limitless possibility. It’s on immediacy and accessibility.

Manufacturers are acknowledging that every tool has its own strengths, and that it’s best to play to those strengths. We’re no longer in a position where we have to commit to only one way of making music, or using a single tool to do everything. And whilst buying more kit can never replace good ideas, it has to be a positive that musicians can afford to own multiple tools and use each one where it seems most appropriate. Choice is, indeed, a luxury!