The Next Big Thing

As you might imagine, most manufacturers take into consideration feedback from users and magazine reviews when deciding what products to design in the future, but such feedback doesn't always foster real progress. While a well-considered review might point out design shortcomings that can be remedied in a future incarnation of the product, end users all too often simply ask for more features at a lower price, and judging by the direction the market has taken over the past years, they often get their wish. The problem with relying too much on this style of feedback is that it rarely leads to radically new ideas, as most equipment users base their expectations on what already exists. So, while everyone expects computers to get smaller and faster, we have to rely on genuine forward-thinkers to come up with new concepts. 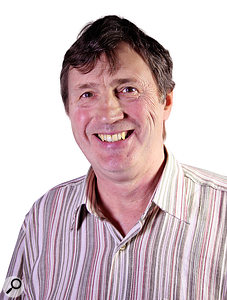 Take MIDI, for example: back in the early 1980s I didn't see crowds of musicians holding up placards demanding that it be invented. It took a visionary engineering team to come up with the concept of MIDI — and overcoming the politics involved to make it a universal standard was probably an even greater challenge than designing the protocol in the first place! Nobody really saw MIDI coming, but once it arrived it changed the face of electronic music forever. And what about sampling? You have to go back a long way to find the first samplers. The hugely expensive Fairlight is the name that first springs to mind, but until sampling appeared, I didn't hear anyone asking for it.

Since I became interested in the creation of contemporary music, various technologies have sprung up that have changed the way we work, many of them quite unexpected at the time. For me the first fuzz boxes were a source of wonder, though they seem very low-tech now. And in the '80s anyone who followed the direction technology was taking could predict that much analogue equipment would eventually be replaced by a digital equivalent, but the first MIDI sequencers running on computers still caught a lot of people by surprise. When Roland and Line 6 first brought us guitar amp modelling, that too was genuinely new, and the same goes for Steinberg's efforts in creating VST, a universal plug-in format for DAWs. We take all these things for granted now, but they all came about because somebody with a great idea was prepared to take a gamble, not because musicians asked for them.

The ideas of the future are likely to make their first appearance in the 'small company' section of a trade show and many turn out to be evolutionary dead ends. However, some succeed and become part of the accepted way of doing things. As in all walks of life, we owe a debt of gratitude to those people prepared to think outside the box in order to put something new and useful inside the box. Whatever the 'next big thing' is, there's a good chance that we won't see it coming until it's already arrived.