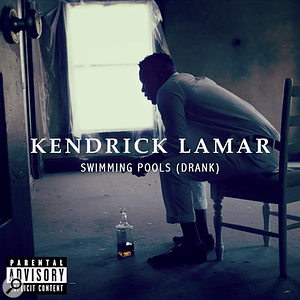 Every inch classic Dr Dre, this production loses little ground against the tracks from Dre's 2001 that have been a cornerstone of my own reference CD for more than a decade. His trademark combination of clarity and depth is well demonstrated here, the massive top-octave density of the vocals and snare (surely not possible to achieve without some kind of psychoacoustic enhancement?) contrasting with the smoothness and warmth of the backing synths, snare reverb splashes and orchestral hits. The kick and bass, as usual, combine effortlessly, with the former thudding away around 65Hz while the latter provides a firm sub-50Hz foundation, scrupulous mono-compatibility below 100Hz (despite significant detune-based widening further up the spectrum), and respectable small-speaker transmission into the bargain. You've got to love some of Dre's 'sprinkles' too, such as the skittering hi-hat rolls, that synth gliss that announces the choruses and the whistling synth that takes over from there and seems to add a whole new dimension to the acoustic space.

As if that were not enough reason to give this track a listen, it also nicely illustrates the technicalities of dynamic panning at mixdown. If you listen to the vocal at 1:32-1:40 over stereo speakers, you'll hear the vocal smoothly travelling back and forth from left to right across the panorama at a pretty uniform level — in general the vocal balances in this track are absolutely locked down, presumably via fastidious level automation. Listen in mono, however, and the relative level of any words uttered from the stereo extremes takes a dip, most noticeably on "you will be history” and "to victory Kendrick”. This is an inevitable by-product of the way the stereo illusion works, so if you're doing dynamic panning moves like this, you have to decide whether you want the balance to work in mono or in stereo, and then monitor accordingly while you're setting up the dynamic panning effect and any subsequent fader-automation adjustments it might warrant in response.

In this specific instance, the mono balance change isn't particularly damaging, especially as the dynamic panning is only present for a relatively short period. However, if you are bothered by something like this at mixdown, then you can mitigate it by trading off a little of your balance stability in stereo. If you allow the vocal to be a fraction underbalanced when at the centre of the stereo image, you'll reduce the centre-vs-edge balance changes in mono. Alternatively, you could also just reduce the panning width to 80 percent or so, because that'll typically give about a decibel less centre-vs-edge level change in mono, despite subjectively very similar stereo width. Mike Senior 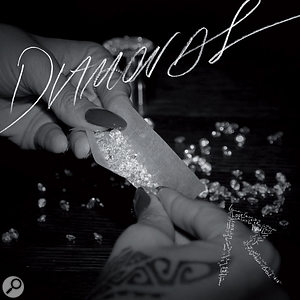 Whatever you call the interval of six semitones (tritone, augmented fourth, diminished fifth...), its usefulness in mainstream harmonic progressions is enormous, the strong dissonance driving you towards the promise of consonant resolution, whether or not that yearning is ultimately satisfied! However, its use as a melodic interval is much less widespread, especially in musical styles where memorability is the watchword, simply because it's quite awkward to sing unaided. Indeed, back in the days when people anxiously referred to this interval as diabolus in musica, any vocal line employing it would have been deemed well-nigh unworkable, and even these days it's rare to find prominent tritones in any popular melody without their being resolved immediately to the nearest adjacent pitch.

Which is why this song's chorus caught my ear, because it boldly bucks the trend. The tritone in question first appears on the lyrics "you and I” at 0:56, jumping down from G to C-sharp. The traditional 'soft option' would have been to follow the leap pretty swiftly with the inwards step to D, but in this case that note of resolution doesn't appear until a full two bars later, which delivers a long moment of melodic tension for any listener versed in the classical tradition. But even those more liberal ears who'll happily accept an outward step to 'B' as sufficient closure, there's still more than a bar to wait. In light of all this, I don't think it's any accident that the harmony of 'Diamonds' is so simple, modal and repetitive, because internalising it provides the best aid to memorising the unusual melodic contour.

On a more technical level, the lead vocal's verse delay effect is also worth listening for, comprising as it does a single eighth-note tap in the right channel followed by a single quarter-note tap in the left channel. These repeats are clearly designed for conscious appreciation as part of the track's generally trippy atmospherics, so the high frequencies and sibilance have been left pretty much unscathed. However, the low end of the effect return appears to have been filtered a bit, allowing plenty of warm, intimate lower mid-range to be added to the dry signal without it being sustained into muddiness.

The danger when you make echoes as distinct as this, though, is that they can confuse the audience's comprehension of the lyrics, so it's fortunate that this setup is quite forgiving in this regard. In stereo it benefits from the so-called 'cocktail-party effect', that innate human ability to focus one's attention on a single sound source (a juicy bit of gossip at the other end of the bar) by perceptually filtering out sounds coming from other directions (the nerd opposite who's lecturing you on the state of the roads). Because the two delay taps in this setup are spaced widely in the stereo panorama, your brain is better able to filter them out in favour of what's going on at centre stage. But even in mono this effects patch has advantages, because wide-panned signals lose about 3dB in level compared with central signals when the channels of a stereo mix are summed, which more or less compensates for the loss of the cocktail-party effect in that scenario. Neat! Mike Senior 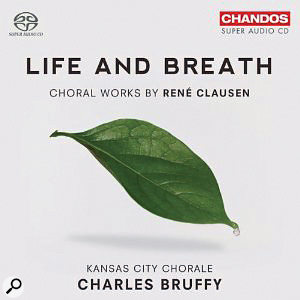 Do try to chase down this year's Grammy winner in the 'Best Engineered Classical Album' category if you've any interest in the pros and cons of different classical recording techniques, because even the simpler tracks such as 'The Lamb' are quite thought-provoking in that regard. Given the wide, fairly diffuse stereo picture and bottomless LF extension, it's probably safe to say that the engineers relied heavily on spaced omnis for overall pickup of the ensemble. The recording venue was the Our Lady Of Sorrows Church in Kansas City, which sounds like a fairly capacious stone building, and while this is all well and good for this type of choral music, the challenge with using omnidirectional mics under such circumstances is that you have to put them relatively close if you don't want your recording swimming in reverb. As you'd expect, the wet/dry balance in general is very nicely judged on this CD, but it feels as if the comparatively close microphone placement has slightly exaggerated the ensemble's depth. I'm assuming that the singers were standing in two rows, with the women just in front of the men (a common performance setup), but it frequently sounds as if they're separated by two or three metres, for example at 2:23-2:39.

I say 'frequently', because the distance perspective doesn't remain static, implying that additional 'spot' mics (either more closely placed or using directional polar patterns) have been used to allow some post-production control over the choir's internal balance. Listen to the words "softest clothing” being sung by the sopranos towards the left of the image at 1:22, for instance, and then their rendition of "making all the vales rejoice” at 1:38: the former feels a lot closer, very much as if someone's riding a fader behind the scenes. Whether this depth-shift concerns you is largely a question of personal preference, and a lot of engineers and listeners don't sweat it. However, some engineers (myself included) find it a bit irritating in a classical context and prefer to blend the spot-mic signals back into the main stereo array using artificial reverberation. But that approach isn't without compromises either, because overlaying a simulated acoustic inevitably undermines the realism of the recording venue's own natural spatial cues, no matter how carefully you twiddle the processor's knobs. Ultimately, as with so many recording decisions, every engineer has to decide for themselves which is the lesser evil. Mike Senior

Check the SOS forum for more comments on the tracks discussed in The Mix Review this month: /mixreview. 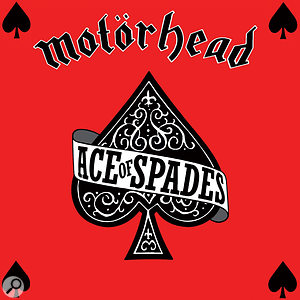 This iconic single remains a benchmark of how three guys can create an awesome racket. There's no mucking around: one drummer flailing away at a roomy stereo kit; one distorted guitar with a couple of riffs and powerchords to rub together; one aggressive, mid-heavy bass drone; and generous helpings of sweat and melodic yelling. To hell with fripperies like panning and double tracking, and you can keep all your fancy effects too (bar a couple of delays and maybe a touch of reverb). As such, this production makes a handy reference point when recording any heavy rock music — if you're able to pull off comparable sonics in your own rough mixes at the tracking stage you can be fairly confident that your engineering approach isn't too far off target.

Beyond these general thoughts, Lemmy's vocal tone also has much to teach from a production perspective, given how well it manages to cut through the backing texture's layered bass/guitar distortion and unrelenting cymbal thrashing. This is in stark contrast to many of the home-studio rock productions I hear. The first important feature is that I'm pretty sure Lemmy isn't actually putting out that much raw level. When you see him sing live, he's clearly straining, but I think he's just creating an impression of shouting without actually generating much real SPL, a trick used by many performers who gig heavily. (For another couple of masters of the art, albeit in other spheres, think of Bryan Adams and Kelly Jones.) The first benefit this affords is that his vocal articulations and consonants remain remarkably clear; the unvoiced elements of singing aren't as easy to make louder when you're belting, which is why mediocre opera singers are frequently so difficult to understand! And the second ramification is that the break-up in his vocal tone is less extreme — you get plenty of 500Hz - 1kHz gravel, without too much harshness in the 3 - 6 kHz octave where the guitars and cymbals are in the ascendant. I can't tell you how often I hear amateur screamo/death-metal vocalists pushing their level too far, so that they're left with mostly woolly note fundamentals and masses of gutless upper-mid hash, neither of which is much use at the mix.

Now I can understand that the vocalists in many rock bands aren't actually able to generate the same kind of mid-frequency density that Lemmy has here, so what alternatives are available? Well, the most common thing to try is distorting the vocal to increase the number of harmonics in that region. However, the temptation is to drive a lot of fuzz into the 4 - 6 kHz zone, and again Lemmy's example demonstrates that going for some treatment that packs out the 500Hz - 1kHz zone (or that can be EQ'd to do so) may be a better option. Mike Senior