Sounding Off: What's In A Name? Skip to main content

Sounding Off: What's In A Name?

Supercomputers in a laboratory in Cambridge have used a complex formula to come up with the coolest band name of all time: ¿D:phec8? 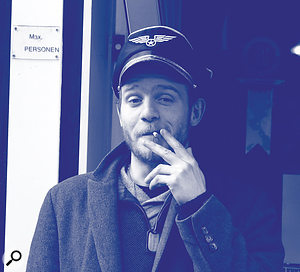 "What we found,” Higgins explains, "was that there was a direct correlation between the use of punctuation in a band's name and their success. This explains the otherwise baffling rise to fame of !!!, and the enduring popularity of heavy metal band Therapy?” According to Higgins, the 'eureka' moment came when a single by will.i.am, of pop group N-Dubz, came on the radio at the laboratory cafeteria. "None of us could explain why this song might be on the radio at all,” he says, "until one of the staff researchers Googled his name on his iPhone and discovered the spurious full stops. We had to completely rewrite the formula after that!”

It is hoped that the taxpayer-funded research, which has taken eight years and cost £4.2 million (including £381,764.99 in iTunes downloads), will help the music industry recoup some of the revenue that it has lost through illegal downloads. "We want to help people in the industry who have been affected by music piracy and the downturn in the global economy,” says Higgins. "And not just musicians, but rappers too.”

Other factors that could determine a band's success include the deliberate misspelling of words, such as 'Ludacris' and 'Korn'. "The latter is actually a very good example, because it doesn't mean anything,” Higgins explains. "Naming your band after a cereal crop would ordinarily be considered commercial suicide, but the use of a 'K' has made all the difference.”

The inclusion of numerals in a name has also been identified as a factor. "The band 5ive, for example, cleverly replaced the letter F in 'five' with the number '5'. If you pronounce the result phonetically, it would say 'Fiveive', which doesn't make any sense, but if you squint your eyes, as many people do when listening to their music, it just looks like the word 'Five'. I'm told their marketing department used an earlier version of our supercomputer to generate the name.”

By combining numerous naming conventions, the team were able to convert almost any word into band name with a success factor of 98.8 (the equivalent of four 'N Syncs). "Our advanced Recording Industry Modeller (RIM) software calculated that a band called Potato would almost certainly be doomed to failure, yet if they'd been called Pot-8-o, they'd have received so much airplay that we'd all be sick of them.”

So what of the electronically generated name, ¿D:phec8? Well, sadly, it looks like that name won't be gracing the charts any time soon. "When that name first came out of the printer, two of our junior analysts started shrieking and exposing their breasts, before eventually blacking out, so clearly there's a Health & Safety issue there. But more seriously, when we input that name into the RIM, we found that our hypothetical band would actually become too successful. Within four days of releasing a single, the power of ¿D:phec8? would exceed that of Oprah Winfrey, and in under a week they'd have amassed over 80 percent of the world's wealth. Essentially, they'd be running a one-world government, with the only resistance coming from isolated pockets of contrary goths.”

Because of its potential potency, the trademark ¿D:phec8? is currently owned by the US military and comes under the same regulations that ban the use of white phosphor, depleted uranium and the music of Metallica in a military context. "One day we hope to be able to harness its power for good, rather than for evil” concludes Higgins.

SOS Reviews Editor Chris Korff is considered by many to be the Godfather of modern bass guitar. He can also hear your thoughts.