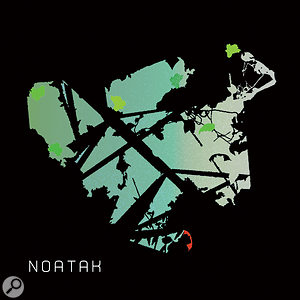 Like peanut butter, electronic music comes in two varieties: crunchy and smooth. And just as peanut butter without bits in is an abomination against nature, so too is electronic music without brutal distortion and tortured samples. It's not meant to be nice, dammit! Others may disagree, but Irish three-piece Noatak are definitely on board with the crunchy message, and more power to them.

Their particular brand of electronica is song-based and downtempo, with conventional instruments such as electric guitar sometimes emerging more or less unscathed from the sonic mangle, and sometimes reduced to splinters. Although the pace is slow and the mood generally sombre, there's plenty in the production to retain the listener's interest, much of it pleasingly dissonant and twisted. As to what could perhaps be improved, I'm not wholly convinced by the vocal sound, which tends towards the harsh and sibilant in places. But then I wouldn't want it to be smooth. Would you? Sam Inglis 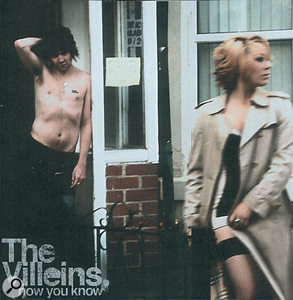 The music of the Villeins is competent but generic indie-rock, of the sort that is usually described using terms such as 'epic' or 'widescreen' by the people making it and 'binman' or 'landfill' by everyone else.

Listening to their EP is like being transported back in time to a small Midlands venue on a Monday night circa 1996. You can almost see the guitarist's trademark gurn as he launches into the same solo for the third song in a row, while the bass player squints into the beery darkness, hoping against hope that the A&R scout from Hut Records has turned up, and one of their girlfriends works the crowd with a clipboard, gathering contacts for their mailing list. They even have a Myspace address, for Christ's sake. Sam Inglis 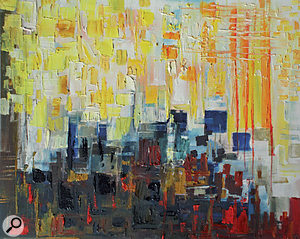 Sheffield-based band inFictions have submitted a two-track demo, apparently recorded at the "legendary” 2 Fly Studios. I'm not entirely sure how legendary this studio actually is (at least, I've never heard of it), but I'll forgive them their hyperbole, because the music is actually rather good. They themselves cite Radiohead and the Cure as influences, and that's pretty much spot-on. Opening track 'The Cell' has an arrangement that would be right at home in the Bends, but with a production aesthetic that clearly takes its cues from the glossy, reverb-heavy sound of new wave. The music is well placed, the guitar solos suitably epic, and the 7/8 groove works with the track, rather than against it, which is an achievement in itself.

'The Silence Of The Sea' builds slowly — a little too slowly, for my taste — but when it finally does kick in, it really highlights the band's hard-rock credentials, even occasionally slipping into stoner metal territory. The mix of modern and '80s production styles here is effective too, with the pumping compression working surprisingly well with the wash of reverb. Chris Korff 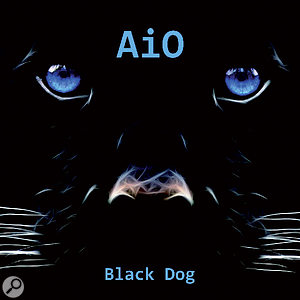 I'm confused. Normally, when I hear a voice that's been Auto-Tuned to within an inch of its life, singing lyrics like "Summertime, I'm feelin' fine/I'm with my friends really getting high”, I expect it to be set to some God-awful R&B track and performed by a materialistic egotist with a dubious record of domestic violence. What I absolutely do not expect is some Welsh skater-punk with a tabla intro, but that's exactly what AiO have given me to work with, with their opening track, 'Beg For More'.

And it doesn't get any less confusing as this record progresses. 'Burn' I can only describe as euphoric ska-trance, with its skanking verses and 'reach-for-the-lasers' breakdowns, while the rest of the album seems to awkwardly juggle emo, synth-pop and whatever they call that music you used to hear on Buffy The Vampire Slayer. Although the individual elements aren't badly executed (though it's debatable whether the 'Auto-Tune sound' is something that can ever be executed well), it's the way they sit together that doesn't quite seem right to me. Oh, that and the piercing high end, which makes the whole listening experience even less comfortable. Chris Korff

Songs With The Bark Still On 'Em 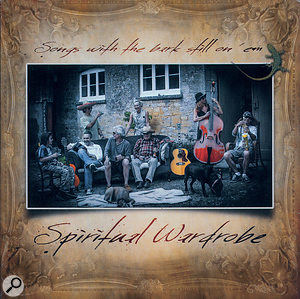 With both their odd album title and their music, the cringeably named Spiritual Wardrobe seem to be championing the cause of the earnest singer-songwriter. Although mainman Mike Edwards hails from Cirencester, his musical reference points seem mainly to be American, and the midwestern accent he affects when singing makes a bizarre contrast with the spoken-word verses on 'Always Something Missing'. His band combine the stables of wholesome Americana — plaintive harmonica, slide dobro and so forth — with occasional surprises such as gentle electronic beats or hand percussion. It's all very tasteful and accomplished, but, curmudgeon that I am, I found the faint air of self-satisfaction that pervades everything a bit off-putting. Sam Inglis 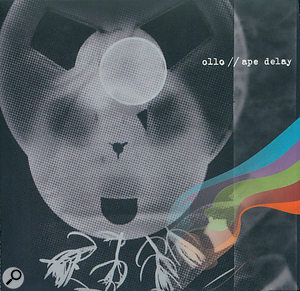 More song-based electronica from Australia's Alex Crowley, this time with a strong retro feel that recalls Throbbing Gristle. Most of Alex's sound sources are of '70s vintage, and for the most part, seem to be used relatively naked. Built up from neurotic blips and ticks, the resulting sound is the polar opposite of most of today's electronic music, being for the most part fragile and vulnerable rather than epic, rich or full. There are nice touches, but ultimately it left me wondering why anyone would devote such care to replicating such a sound in this day and age. Whether it's the music, the lyrics, or the bare fact that it's no longer 1980, I don't know; but the sense of edginess and discomfort that made 20 Jazz Funk Greats so compelling doesn't materialise here. Sam Inglis 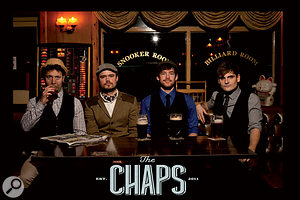 British band the Chaps have been together for only nine months, but have apparently already shared stages with the likes of Tinie Tempah, Tiesto and Swedish House Mafia in some of Ibiza's biggest clubs. Surprisingly though, they're not a dance act — rather, they play the kind of acoustic ska-pop I associate with the likes of Ed Sheeran and Beans On Toast. Their demo is packed with quaint vocal harmonies backed with acoustic guitars and a cajon — and if there isn't a ukelele in there, there probably should be. I can't help thinking, though, that they might find an even more welcoming audience closer to home, at one of the UK's many yoghurt-weaving festivals of hippiedom, than they do in the clubs of Ibiza. Chris Korff

Mad As A Box Of Frogs 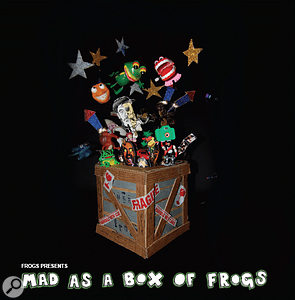 Mad As A Box Of Frogs is exactly as its title suggests. The accompanying press release describes it as clown-step, which is about right, if perhaps not that helpful to the uninitiated. If you have no idea what the term clown-step might mean, then you probably don't know what clown-core is either, in which case locate your nearest YouTube and familiarise yourself with the music of Ed Cox.

If that didn't have you immediately looking through your phonebook to try and sort out a generator, a PA system and a bag of uppers, then you can probably give the music of Freddy Frogs a miss, but if a schizophrenic mix of jungle, cabaret and accordions appeals, I can't recommend this album highly enough. Though clearly a product of the free-party scene (even the track listing reads like a police caution, with titles like 'Up His Nose It Goes' and 'Nasal Diesel'), Mad As A Box Of Frogs is a country mile ahead of the usual Generation Ketamine fodder, and certainly a lot more fun to listen to, thanks in no small part to the fact that it doesn't take itself too seriously, yet is produced to a very high standard indeed. Chris Korff 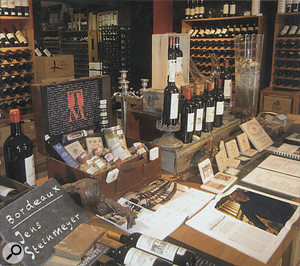 Jens Steinmeyer is a collector of vintage analogue synthesizers and a connoisseur of fine wines, who writes "I'm not in the music business; it is just my hobby”. Which is just as well, because I don't know many people who are in the music business who can afford to collect vintage analogue synths or uncork a respectable vintage of an evening. Jens has neatly combined all of his interests by using analogue synths to accompany songs about wine, alongside the occasional ELO cover.

If Jens's equipment list is anything to go by (does anyone really need four Polymoogs?), the production process probably wasn't constrained too heavily by budget limitations. In recruiting session drummer Mathias Diesel and mix engineer Jörg Seeman, he's spent his money wisely, as their contributions help to lift this well out of the realm of the amateur.

Jens himself has a decent voice and an ear for a tune, and coaxes a nice range of sounds from his instrument collection. As for the music itself, if this was intended as a commercial release, I would question whether there was really a demand for such a faithful recreation of the early '80s yacht rock sound. But if that's what makes Jens Steinmeyer happy, well, isn't that what a hobby is all about? Sam Inglis