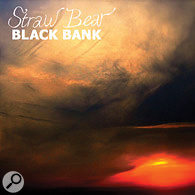 The Playback column has been running for some six years now. We've reviewed perhaps four or five hundred CDs in that time, and that's not counting the 90-minute ambient metal operas that tragically fell into the shredder before anyone could listen to them, or the many identikit indie-rock albums that defied all attempts at thinking of something to say. And, as regular readers will know, we try not to distribute praise too lightly. So when I say that Straw Bear's album is quite possibly the best thing I have ever reviewed in these pages, be assured that I bloody well mean it.

A staunchly East Anglian band, they take their name from the bizarre Whittlesey Straw Bear ritual, but evince little in the way of folk influences. Instead, they play the kind of literate-yet-quirky guitar-pop that might appeal to fans of bands like the Go-Betweens.

The basic ingredients might be little different from those of the identikit indie-rock acts clogging up the Playback shelves, but the execution is nigh-on perfect. Straw Bear's songs have a personality that is very much their own, balancing dry wit, offbeat subject matter and melancholic yet catchy tunes. The arrangements are always satisfying and solidly played, yet never flashy, and Chris Taylor's recording does the band full justice. The final piece of the puzzle is Ian Ray's voice, which simply drips with character; from the withering sarcasm of 'Kitty' or 'Snobbery' to the existential terror of 'Black Fog', he wrings every ounce of feeling from his material. Superb. Sam Inglis 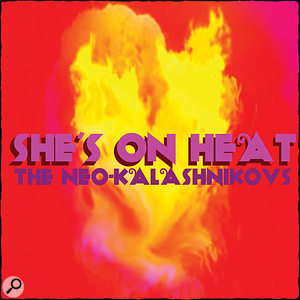 Moss Bioletti complains that he can't understand why "people always give me a hard time about the production of my record that I recorded on a giant Neve console”. Perhaps it's because he seems to have located the only Neve console in existence with 17 compressors on every channel, and used all of them. His main production goal seems to

have been to make everything louder than everything else, and inevitably the end result is an album that sounds thin and weedy, and is tiring to listen to. There are also wild variations in overall level between the tracks, which makes the whole thing sound disappointingly amateurish.

It's a shame, because Moss is an excellent drummer, and the band he's formed with his siblings Volita and Gabriel have bags of potential. The general vibe is Queens Of The Stone Age with a dash of My Bloody Valentine, and they have both the songs and the chops to carry it off.

A band this promising should have no trouble finding engineers and producers to work with them, and having the right person behind the giant Neve console would make all the difference here. Sam Inglis 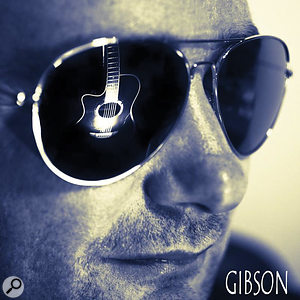 Although this has all the hallmarks of being stodgy and unremarkable Dad rock — distorted guitars and slightly plodding rhythm; distinctly un-poetic lyrics — Tell Me actually adds up to much more than the sum of its parts. As a reviewer, I feel it is incumbent upon me to try to explain why that might be. It's not that easy, however, as the components mentioned above are there, and the musicianship isn't exactly great either. There are noticeable timing issues throughout and the singing could do with a little polish.

And so the only things left are the songs and their interpretation. Not the most inventive melodies, perhaps, but they're easy on the ear and reasonably catchy. Crucially, too, they're not too long and the production isn't overdone. Basically, they've recognised what's good and given just enough that you don't end up getting bored — an excellent piece of decision-making that a great many similar artists could learn from. Nell McLeod 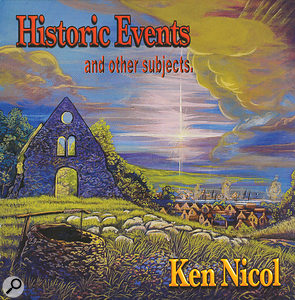 By saying that this is an album of hidden treasures I'm not necessarily paying it a compliment. When Ken Nicol gets it right, he gets it very right. He is a superb guitarist with the most beautiful and sensitive finger-picking style. He has a wonderfully rich singing voice, and is capable of writing truly lovely, poetic songs. The song 'Ten Pound Poms', and the instrumental track 'A Waltz With Alice' are real treats, and showcase a talent unsurpassed by many.

Nicol is a past member of long-established folk superstars Steeleye Span and you can hear those influences coming through with a confidence of vocal delivery that is rarely heard these days, be it in folk or otherwise.

Such a shame, then, that the musical 'diversity' of this album, at times, lets it down; the track that opens the album (and two or three others too) is musically rather less sophisticated and, at times, overly dramatic.

Believe me when I say that it pains me to make these criticisms, as most of the album — the instrumental tracks in particular — is utterly superb. Indeed, as a trad singer myself, I've already started on my own versions of a couple of the best examples, and that's saying something because I'm the laziest musician there is.

So, really, I can wholeheartedly recommend this album to anyone who appreciates beautiful and thoughtful songs and exceptional musical skill, but with regrettable reservations. This really isn't an issue of musicianship; it's an issue of quality control. Nell McLeod 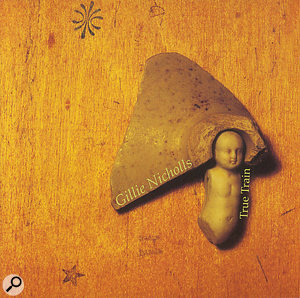 I spend far too much time bemoaning the lack of things to say about so many of the demos we get sent here at Playback Headquarters. A large proportion of music sent to us is neither brilliant nor dreadful; it's just OK — and, it has to be said, quite dull. Also, due to the very nature of the column, it sometimes happens that far too long passes between an album being sent to us and its review appearing in print. Most of the time we chalk this up to 'that's just the way it is', but sometimes you come across something you really wish you'd got to sooner.

I usually feel this way not because something is simply good, but because there's actually something to say about it. This is certainly the case with Gillie Nicholls' True Train, an exceedingly peaceful collection of unusually constructed songs, sung with a stylistic bent that is not entirely un-Nico-esque.

Nicholls' musical pedigree goes back to the extremely successful first incarnation of the Albion Band, and the instrumentation used on True Train reveals some inspiration from that era.

While her technical vocal ability is unquestionable, the songs are often let down by a weak and confusing melody line. Above the often simple and repetitive accompaniment, these unexpected twists and turns kid you into thinking that she's occasionally just not singing in tune. It takes some concentration to appreciate that this is not actually the case.

Ultimately, True Train is a frustrating experience. While the ethereal atmosphere that Nicholls clearly wanted to achieve has been achieved, and quite tremendously, there are not-insignificant weaknesses to the album that let it down. It feels a little as though it was built around one or two strong melodic ideas and has then been fleshed out, not quite as successfully.

There are some beautiful elements that should be appreciated, however, such as some genius instrumental touches; the album opens with wandering vocal and pipe organ, for example, and the synthesizer that almost goes unnoticed adds depth to the arrangements. Nell McLeod 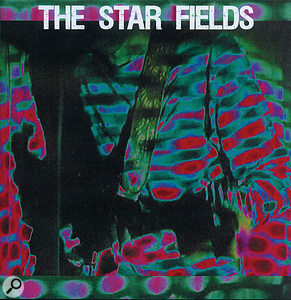 I happen to think that this is a good thing, but then I like Spacemen 3 as well. In fact not liking Spacemen 3 could prove a major obstacle to your enjoyment of the Star Fields' music. That is to say that if you don't like drones, repetition and noise, if you don't enjoy music that sticks doggedly to the same chord for eight minutes, or the odd occasional foray into ambient noise electronica, the Star Fields probably aren't for you.

As I say, it all hinges on the Spacemen 3 question. They have other influences too, but they're the sort of things that people who like Spacemen 3 usually like, so we won't go into that here. The recording isn't particularly polished, but neither were Spacemen 3's recordings, so that's OK.

So, in summary: highly recommended to those who like Spacemen 3, less so to others. Personally, I like them very much and I hope that if they play live they're so loud you can't see properly afterwards.

Oh, I've just discovered that you can open the CD sleeve to reveal all sorts of information about the Star Fields. Apparently most of my guesses were right. David Glasper 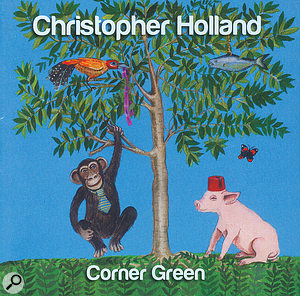 Christopher H must get sick of people comparing him to Jools, who happens to be his older brother. It is tempting to do so, though, given the fact that he is a solid and creative session piano player, with a distinctly rhythm and blues style. I like Holland, C's album, though. It's jolly and musically sophisticated, if a little lengthy, at 26 tracks.

His songs remind me not just a little of Van Morrison, and the instrumentation on the album is pleasingly diverse. I fear that CH has been somewhat overshadowed by his older, louder, wider brother and, as a younger sibling myself, I think he probably deserves something quotable. So here goes: five stars for skill, energy and vision. Highly recommended. Nell McLeod