Q. Will using a multitracker limit me as a songwriter? 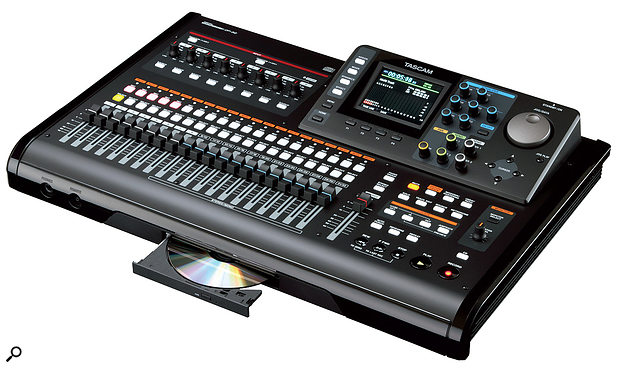 Given that the tools you use don't 'sell' your music as much as the music itself does, steering clear of the most popular recording tools certainly shouldn't mean career suicide. Plenty of people still use the likes of this Tascam DP32 Portastudio and achieve fantastic results.

As a songwriter, I write, record and master on my beloved Boss BR8 (I'm soon to updgrade, possibly to the Tascam DP32). Would bucking the DAW megatrend, and thus recording on, for example, the Tascam DP32 disadvantage me from selling my songs professionally? I hate computers, and they hate me. Are there professional songwriters out there, being successful without being pressured into using DAWs?

SOS Reviews Editor Matt Houghton replies: There's absolutely nothing wrong with using multitrackers if you can get the results that you want to. A lot of people find that working with a computer and screen gets in the way of their creative process, and, let's face it, all records used to be made without computers. There are still plenty of professional recording engineers tracking to tape, RADAR and other systems not based around a conventional Mac or PC, while new recording systems such as the JoeCo Black Box and Allen & Heath ICE16 are appearing. In short, while computers have turned the audio production world on its head, they aren't used by everyone all the time!

It is, however, worth bearing in mind that the ability to play nicely with computers has a number of benefits even in a stand-alone digital multitracker. If the multitracker can be plugged in to a USB port to be viewed as a card reader or external hard drive, you'll have an easy way of backing up your projects, and also of exporting audio files in case you want to deliver them to a mix engineer. Some multitrackers even double up as computer interfaces, which leaves open the possibility of changing your way of working in the future. You could, for instance, do your basic tracking and overdubs in hardware, and then transfer them to a computer for mixing, where the greater flexibility of a DAW is handy.

Another option is to find a computer system that you find more user-friendly, which many say that an iPad plus external soundcard is, given the touchscreen user interface.

All this said, I'd be very surprised if you can't get great results from the DP32. At the end of the day, what tools you choose is far less important than what you do with them!