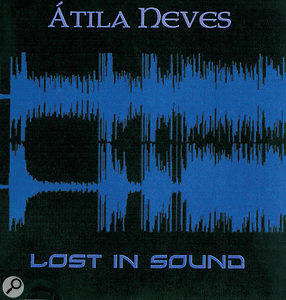 Atila Neves has a PhD in particle physics, and would thus seem better placed than most to explain how recording music is not rocket science. At any rate, his own take on it is refreshingly simple: write some jaunty pop songs, add straightforward instrumental parts, ladle on the vocal harmonies and everyone will be happy. He's not the sort of person you can imagine spending eight years in the studio producing a tormented masterpiece.

As is often the case with this sort of thing, the absence of a real band is noticeable — in particular, the sequenced drums sound a little two-dimensional — but Neves has his priorities straight. It's the songs that matter, and as long as the tunes are catchy and the vocals mixed to the fore, you can't go too far wrong. Sam Inglis 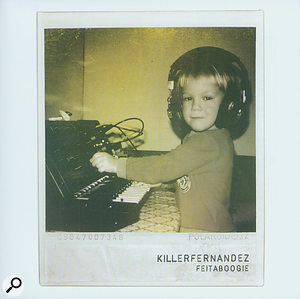 With cover art composed of Polaroid photos of ancient synths, Killerfernandez take the fetishisation of vintage gear to extremes. It must have been an awful wrench to release their album on CD rather than, say, eight-track cartridge.

Killerfernandez seem to be one of those studio bands who employ guest singers to make up their numbers on a track-by-track basis. Feitaboogie initially comes over like an update of Air's Moon Safari, overlaid with interesting surrealistic lyrics, but explores a variety of other retro-tinged styles over the course of its 54 minutes. The standard of singing, playing and recording is high throughout, but it would be a better album if it were 10 minutes shorter.

Queen Of The South 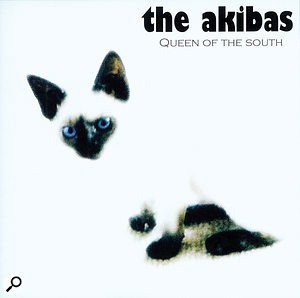 Writing down the names of your friends is a faulty way to compile your ultimate supergroup line-up. I know this from the experience of ending up with a recorder player in my band a few years ago.

Unfortunately, the Akibas seem to have followed this method recklessly, ending up with a combo consisting entirely of guitarists — the mighty strum is in full force on Queen Of The South. Select members of this six string army have livened things up with a pedal or two, but the album is basically the same song 11 times. There's nothing notably bad about the musicianship here, they've just made it invisible.

They describe themselves as "rock/pop/country”, which sounds about right. It's a generally singy-songy-strummy soup of original songs that are not quite pop, yet not quite country, and there's a drum kit in there somewhere. They did, however, write us a lovely letter and I warmed to them tremendously! However, call me cynical, but they seem to have proven that 'lovely' rarely appears alongside 'innovative', 'ground‑breaking' or even 'interesting'. Nell McLeod 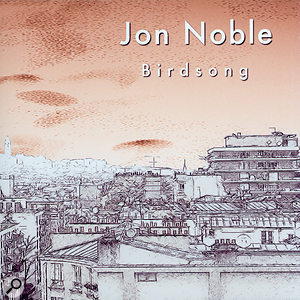 It's all deception. What looks at first glance like a delicate pencil drawing on the cover of Jon Noble's CD turns out, on closer inspection, to be a Photoshop filter applied to a photo. And what sounds at first listen like the first four bars of Billy Joel's 'Uptown Girl' swiftly ends up sounding more like Keane. I'm not sure if that's a good thing or a bad thing, but it sums up both the good and bad points of Jon Noble's music. On the one hand, he deals in highly infectious material; but on the other, you never quite escape the feeling that you've heard this somewhere before. Sam Inglis 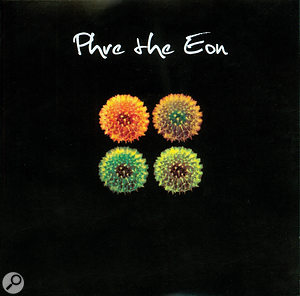 Having just written a review of a very dull guitar-based band, I didn't relish the idea of sitting through this offering from these Manchester 'indie-popsters'. So my mood was buoyed considerably on hearing the pleasingly arranged opening track, 'Interference'. With catchy melodies and a decent bass player, Phre The Eon sent me straight back to the late '90s and my discovery of American indie band Marcy Playground, with whom they share an interest in a reasonably inventive use of rhythm and well-placed harmony — nothing particularly inventive, but a rare treat, nonetheless. PTE are happily equipped with that most indefinable of talents: the ability to write a decent tune.

What works about these lads is that no-one seems to be extraneous, everyone is doing their job pretty well and the project has obviously been approached professionally. Being well rehearsed, mostly upbeat and having decent singing voices, it's difficult to level many criticisms at Phre The Eon, unless you really hate indie music, but that wouldn't really be their fault. Nell McLeod

The Edge Of Tomorrow 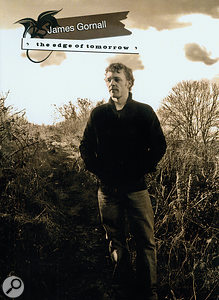 For one horrible moment, the cover of this CD made me think I was about to experience Jeremy Clarkson's bid for pop stardom. Fortunately, however, the resemblance is merely visual. In fact, James Gornall's political convictions lie right at the other end of the spectrum, as demonstrated on the clumsy environmental lament 'Who The Hell Do We Think We Are?'.

The cynic in me wonders how much of his five-year career as a professional musician has been spent polluting the high roads of Europe in a clapped-out van attempting to communicate this message. At any rate, he's much more listenable when not attempting to be Al Gore, and his music benefits greatly from the services of a very good band. For the sound of ground being broken, look elsewhere, but if soulful vocals and tasteful instrumental backing are to your taste, there's plenty to enjoy here. Or, as James himself puts it, "It touches on the genres of rock & acoustic rock, while possessing a unique sound.” Hmmm.

The World Is Watching 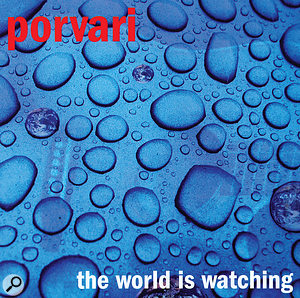 Porvari are a duo at heart, but for recording purposes, they have augmented their acoustic music with contributions from various friends and some rather over-egged virtual drums. Their songs are strong enough to shine past the rough edges, but a little more work on guitar sounds and a little less heft on the drum programming would have improved things no end. Sam Inglis 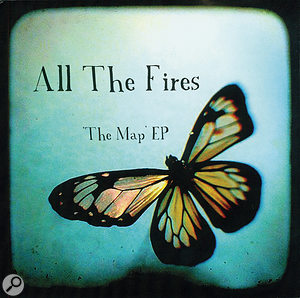 Thanks to our congenital human inability to leave things alone, original unpeeled copies of the Velvet Underground's debut 'banana' album are highly collectable, and probably would be so regardless of the band's music. All The Fires take the principle one step further, having released a CD that can't physically be removed from its sleeve without ripping it to pieces. I hope I have't destroyed my children's inheritance by taking it from 'mint' to 'poor' in one step, but hey, duty calls.

The music contained within is unlikely to have the Velvets' far-reaching influence, though it is undeniably pleasant. Both the playing and recording are generally of a high standard, although I wonder whether a slightly more intimate drum sound might suit the material better. Like Fleet Foxes, All The Fires deploy a lot of folk instruments without ever really threatening to play folk music. In fact, to use their own words, they are apparently "riding the zeitgeist of the folk-pop revival”. I expect said zeitgeist could do with a rest quite soon. 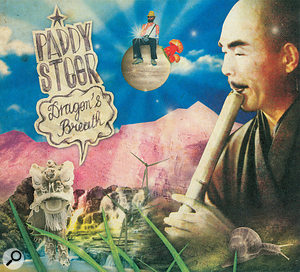 "Cartoon-like” is how Paddy Steer's PR describes his music, and it does have some of the qualities that are often associated with music for animation. Steer's instrumental compositions are frenetic to the point of being hyperactive, and his wilful employment of weird instruments and eccentric sounds borders on the obsessive. Apparently in a bid to undermine the fallacy that analogue gear always sounds warm and lovely, he also makes curiously unappealing use of old beatboxes and synths. Interesting, but ultimately, very very annoying. Sam Inglis 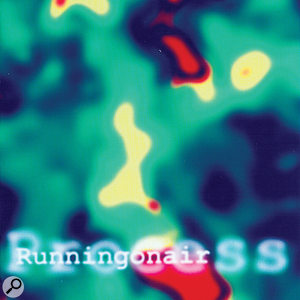 Joe Evans' tracks make effective use of orchestral sample libraries, usually beginning with repeating piano motifs and simple string parts. Unfortunately, in most cases these end up being overpowered by dull programmed beats, uninteresting vocal samples and truly horrible electric guitar. It takes a lot of confidence to strip out these elements, and no doubt the results would't have universal appeal, but I think doing so would play to Joe's strengths. Sam Inglis 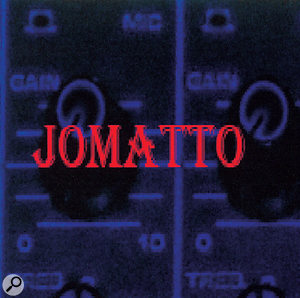 "'BeSat' is two ideas mangled into one track,” explains John Owen of his opening number. Call me old-fashioned, but that seems a bit miserly to me. If you're going to build an entire track on just two ideas, they had better be bloody good ones, and I'm not convinced that 'I wonder what that breakbeat would sound like with a shitload of panning delay on it?' really passes muster. 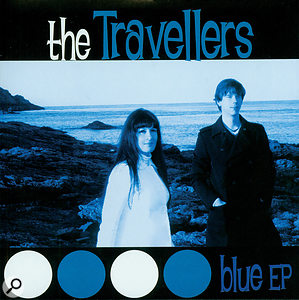 I once recorded a French singer who had learned English by listening to Corrs albums: her take on pronounciation was individual, to say the least. Something of the sort seems to be going on with The Travellers, but for the most part they use it to their advantage. Gemma Marchi's vocals, with their heavy yet non-specific European accent, drift like Gitanes smoke above a psychedelic melange of roomy drum loops and tremoloed guitars, adding a possibly spurious air of glamour and sophistication. Close your eyes and you begin to see miniskirted and polo-necked couples, grooving away to the light of oil projectors in a basement club somewhere in the seedier parts of '60s Amsterdam. Or perhaps that's just me. Sam Inglis