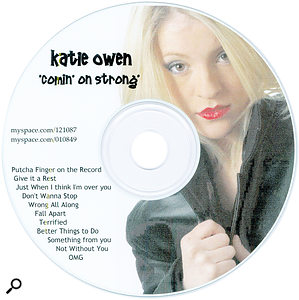 If submissions to Playback are anything to go by, it seems wannabe producers would rather do anything than make mainstream pop music. I've lost countless hours of my life trying to think of new things to say about mediocre ambient electronica, but Katie Owen's music is the first I've come across that might conceivably find a place on the Smash Hits cable channel. That, by the way, is a good thing, if only because it means I don't have to grapple with another 73 minutes of slowly evolving synth pads.

It's not clear how much of the sound of Comin' On Strong is down to Katie, and how much to the grudgingly credited "guy in the recording studio", but together they've had a pretty convincing stab at a contemporary pop production in the vein of Sugababes or Christina Aguilera. Massed vocal harmonies, snarling synths and vaguely suggestive lyrics are all present and correct and, in true R&B fashion, there are some splendidly unorthodox juxtapositions of instruments. If I have a criticism, it's that it doesn't quite do enough to get one's booty shaking, to which end some of the mixes would benefit from a fuller and more rounded bass. Oh, and she uses the Comic Sans font. Make that two criticisms, or perhaps one criticism and an inarticulate howl of rage against the universe. Sam Inglis 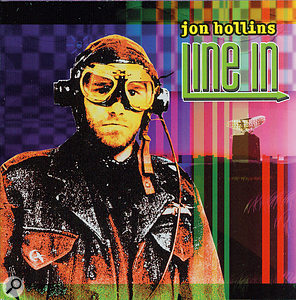 Jon Hollins seems vaguely resentful that iTunes forces him to categorise his music as "acoustic/indie/rock". I'd say iTunes knows something he doesn't. His basic sound palette is a little like that of the Verve, with driving acoustic guitars overlaid by washy, ambient electric sounds. Jon keeps his vocal at a slightly apologetic level in the mix, but it helps to emphasise the dreamy nature of the proceedings.

The odd thing about the production is that although Jon is a drummer by trade, his drum sounds are the weakest link in the chain. The cymbals and hi-hats are very forward and present in the mix, while kick and snare sound dull, over‑damped and distant. It's almost as though the two halves of the kit were overdubbed separately in different studios. By contrast, although the keyboards and guitars don't always sound nice, they do what they need to in the context of the mix.

The 13 tracks on Line In all have something to recommend them, but together they clock up almost 66 minutes of running time. It's not often you can apply the same advice in both music-making and gardening, yet although in both cases it may be hard to bring yourself to take pruning shears to healthy wood, the results will bear more fruit in the long run. Sam Inglis 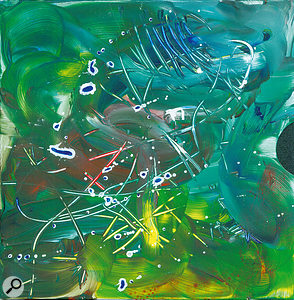 Rich Keyworth's debut album is another that would benefit from more self-discipline in the editing department. At its best, it overlays lush acoustic instrumentation with furious, fractured beats, somewhat in the fashion of Aphex Twin remixing Arvo Part. At its worst, it overlays cheesy synth pads with wishy-washy electronic drums, somewhat in the fashion of a Survival documentary about the plight of the condor. I suggest he divides it into two separate albums and releases the good one. The condors have suffered enough. Sam Inglis 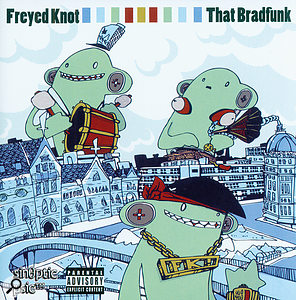 Despite links with global terrorism, recently lacklustre football and canals (all bad things, in my view), Leeds and Bradford — conjoined conurbations nestled midway up the shank of the UK mainland — are emerging as a centre for funk and hip-hop. One Leeds/Bradford band to embrace both these genres of music is Freyed Knot.

Before I get involved with this review, which I feel will turn out to be positive, I should start with a caveat: never call your band Freyed Knot. Never. It's so bad it's funny (maybe that was the plan). I will call them 'the band' from now on.

The band comprises a group of very accomplished musicians and a talented turntablist (I don't think they count as musicians yet). He really is good. Various emcees, with their thick West Yorkshire accents, take the mic on each song and create an interesting vocal dynamic. They even laugh at each other, which is good. Calming female vocals offer some respite to those suffering the onset of Too Many MCs disorder. Wah-wah guitar features heavily on the band's album — I would have mixed it a bit lower, personally — and the rhythm section work well together, with dense, kick‑drum-following bass guitar interspersed with frilly runs. The lyrical content isn't bad either — there's no swearing for the f**k of it, although odd phrases such as "in the place to be" and "doing the do" creep in, watering down the potential impact of the words that precede and follow them.

One thing that the band should be congratulated on is the presentation of their album. It came in a proper jewel case with nice graphics, and when I put the CD into my computer, iTunes found all the track names for me. Those little touches can make a good album that little bit more satisfying. So, in conclusion, I like the album, and I wish them, and their football teams, all the best. They've got something going for them. The band, that is. Chris Mayes-Wright 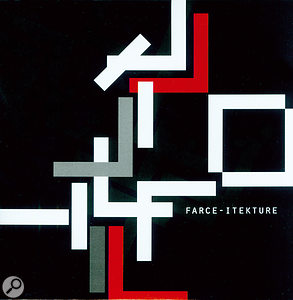 Gavin McKenzie's nom de techno apparently "relates to the somewhat farcical architecture of the human psyche". And somewhere in Gavin's own psyche, there is a battle raging. On the one hand, he appears to want to make minimal electronica. On the other, his musical instincts — perhaps honed by his having "studied many forms of music, including rock, metal, blues, bebop jazz, funk and fingerstyle acoustic guitar" — just won't let him.

So he's very proud of the fact that the parts were played in "by hand"; but that might as well mean "I did it the hard way, and listen! It sounds almost as good as hard quantising!" He's chosen authentically bit-crushed drum sounds and raw synth leads, but it seems he simply can't bear the idea that a bar might contain only two notes, or loop 32 times without changing much. The whole thing is far too busy, and never settles into the sort of hypnotic groove that the sound palette calls for. Curse that human psyche and its farcical architecture, eh? Sam Inglis 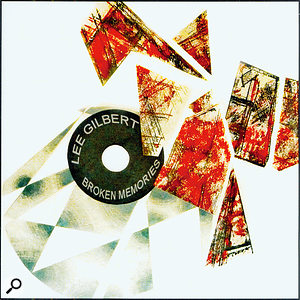 If you've ever been to a brothel, or the set for an adult film, you'll have noticed that all the surfaces, from the furniture to the floor, were of the wipe-clean variety — and for very practical reasons too, not least of which is hygiene. I wonder, though, what compelled singer‑songwriter Lee Gilbert to ensure that his press release had those same easy‑clean properties? Or rather, I did wonder — until I read the part that said, "The album consists of 54 original tracks and has a duration of roughly three hours," at which point I promptly spat a mouthful of coffee over it in disbelief.

"That's brilliant!" I thought, after the shock subsided. "Why aren't all press releases laminated to prevent involuntary expulsions of coffee from making them illegible?" And with that mystery solved, I decided to give Lee's music a chance.

Unfortunately, though, upon listening to Disc One of the two‑CD sampler (that's right — the complete album is longer than will fit on two whole compact discs!) I realised that the most likely need for any material accompanying this music to be laminated is not to protect it from coffee, but to protect it from tears. Tears of boredom. You see, every last one of the 21 tracks that Lee sent in features two instruments, and two alone: an acoustic guitar, and Lee's tortured and emotional (read 'wimpy' and 'grating') vocals.

Quite aside from the average‑to-poor guitar playing (how can you struggle to play a song that you wrote yourself?) and the distinct lack of any originality (may I suggest that he changes all mention of "original tracks" to "uniquely tedious tracks" on his press release?), I found the affected emotionality in his singing most irritating — a sentiment that rapidly changed to mind-numbing ennui after just a few of his songs.

Which brings me to another possible reason for having this press release laminated: to protect it from being spoiled by bedwetting, as I rather suspect that anyone willing to subject themselves to three hours of Lee's music is wont to do. Chris Korff 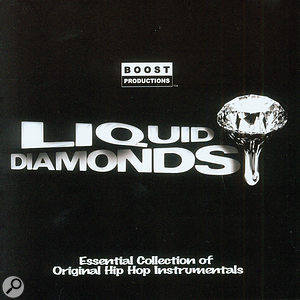 Boost Productions describe Liquid Diamonds as combining the production skills of the Wu‑Tang Clan with the sound palette of Jean-Michel Jarre. As poorly advised marriages go, that's right up there with Oedipus and his mum.

I'll concede that it might just be possible to discern the influence of the Wu in the jerky beats and off-kilter programming on display here. But frankly, if you think it's a good idea to chuck out the rapping and the murky kung-fu samples and replace them with childlike arpeggios from a dated Roland synth module, you don't have the Wu-Tang Clan's production skills, you have a tin ear. Sam Inglis

This month's winner is Katie Owen.