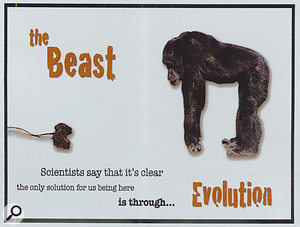 There are some phrases in the English language that are guaranteed to fill the heart with dread. Such as 'Bass solo!', or anything beginning 'I was reading in the Daily Mail...' And, let's be honest, 'UK hiphop' is one of them. Of course, there are fantastic British rappers and producers; but the stereotype of dimwitted Mockney MCs mumbling over beats that Westlife would find lame exists for a reason.

All of which makes The Beast's single a refreshing surprise. Producer Mr Majic has used BFD and Halion Symphonic Orchestra to put together a moody arrangement involving nothing but drums, Spanish guitar and a virtual string section, with nary a sampled loop to be heard. Meanwhile, the eponymous Beast has a confident and natural presence at the mic, and most of all, something to say. What really lifts this above the ordinary, though, is the beautifully executed sung chorus, which arrives unexpectedly more than two minutes into the song.

Majic loses his touch only on the two remixes that back up the single. The club mix ditches the strings in favour of house piano and a hideous fuzz bass, while the dub mix doesn't work either, unless the intention is to make the listener feel seasick. The tempo is all wrong, and the juxtaposition of a swung hihat and a straight vocal rhythm made my brain hurt. If there's a club that actually plays this sort of thing, I don't want to go there! Majic and The Beast would be better off concentrating on the music they obviously love and know best; if they feel they have to include remixes, why not seek out specialists in house or dub to create them? Sam Inglis 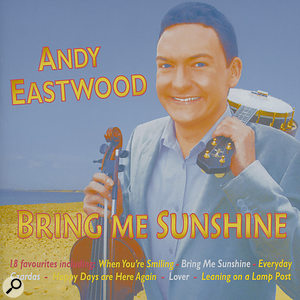 A protege of comedian Ken Dodd, Andy Eastwood is reviving the very British tradition of variety entertainment, and it's no exaggeration to say that he is doing it stunningly well. His act is clearly steeped in the history of music hall and endofthepier revue, but he combines his reverence for George Formby with a classical training — making him, apparently, the only Oxford music graduate to have given his degree recital on the ukelele.

His virtuosity doesn't stop there, either: Andy plays no fewer than nine different instruments on his album, including drums, piano and guitar, and you'd be happy to have him in your band on any of them. He can even whistle in tune! Only the blown instruments are delegated, to a small but perfectly formed brass section, and all concerned display impressive technique on some intricate and tricky arrangements.

There are aspects of the recording and mixing that could be improved — Andy's voice has a disconcerting tendency to wander across the stereo field, while the backing instruments can sometimes be a little muddy — but the balance puts the important things up front, which is the main thing. The only real disappointment about this album is that although Andy describes his aim as "bringing variety entertainment into the 21st Century", there's not much here that is audibly taking the genre forward. The world doesn't really need more versions of 'Raindrops Keep Fallin' On My Head' or 'Somethin' Stupid', no matter how skilfully they're arranged for ukelele, and I'd love to hear Andy's talents at work on some fresher material. Sam Inglis 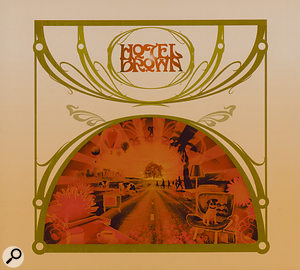 I'm not sure if cardboard boxes have minds of their own, nor what sort of thoughts pass through them ("Let's wait until he carries us over that puddle, then fall to bits?"), but the one in which Playback demos are kept seems to be smiling on me this month. Hotel Brown are a fourpiece who combine the more stoned aspects of '70s folk with lovely girlgroup harmonies and some subtly updated arrangement touches. Their playing and singing is firstrate, and so too is the production.

Live band performances were recorded as a basis for overdubbing, and although Hotel Brown rarely use a full drum kit, they create an impressively full sound. Whoever tracked and mixed it has done a great job with some challenging instruments, such as double bass and flute, and the mixes are excellent, too. Hotel Brown are not afraid to employ lavish doses of reverb and delay, along with more adventurous filter sweeps and autopanning, but always for momentary effect rather than as a default. Effects and overdubs are rightly used to enhance performances that were well recorded in the first place, not to cover up flaws in the basic takes.

The only things that detract from the whole experience are a few clicks. Whether these are down to clocking issues or bad edits, I don't know, but they make it harder to settle into the warm and mellow mood of the music. Sam Inglis

Cardiffbased Falling Nine describe themselves as a 'twopiece studio band', presumably implying that most of the sounds on this CD came from a beige box with a mouse and keyboard attached. Despite this, the first track had something of the big American rock sound to it, albeit with an electro tinge. Plodding drums, sustained guitars and synth strings lent it a distinct mid'90s stonerrock vibe. The drums seemed a bit quiet compared to the guitars, and some sort of modulation effect made the vocals unintelligible, but it was a pretty rockin' effort.

By now looking forward to more grinding space rock, I was a bit befuddled when the next song started off sounding like REM — singer David Lydiard's similarity to Michael Stipe is uncanny. Following another acoustic number, which ended, weirdly, with a boyband a cappella section, I was starting to wonder whether the first song had actually happened at all. However, just as I was about to start the CD again to verify my sanity, the next track kicked off and I was back in chugging electrorock territory, with cheesy synths that worked well alongside the Maidenesque guitar riffs and Ozzystyle vocals.

As if to deliberately confound me, though, this was followed by a closeharmony a cappella song that resembled the intro to that ghastly Seal song off the Batman Forever soundtrack. Final track 'The Fall' was another dose of fairly typical stoner rock, and much more in keeping with the two other heavy tracks on the CD. If only they'd been more decisive about the style of music they wanted to produce, Falling Nine could have come up with a pretty cohesive threetrack demo, instead of a frankly bewildering sixtrack EP. Chris Korff 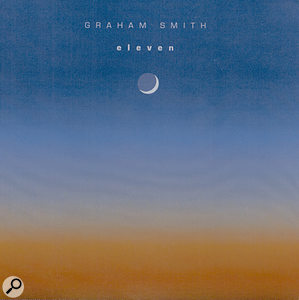 The idea behind Graham Smith's album is to relate the story of the Apollo 11 moon landings through the medium of instrumental synth music. It's an ambitious goal, and I'm not sure exactly how you would decide whether you'd achieved it. If listening to the album is supposed to convey the experience of making it to the moon, I can't say it worked for me. If, on the other hand, it's supposed to cconvey the experience of listening to an outtake that didn't make it on to Air's Moon Safari, it's a qualified success.

Smith's other influences include Orbital and JeanMichel Jarre, so, as you'd expect, there are lots of evolving pads, twinkly bells and softly pulsating basses on offer here. He's clearly no preset merchant, and has programmed an impressive number of variations on these themes. As is so often the case, though, the album is let down by some indifferent drum programming, and more so by the musical compositions themselves. The emphasis on texture over notes seems to stifle any harmonic development, and more interesting melodies are needed to sustain the listener's interest on a 53minute album. Sam Inglis 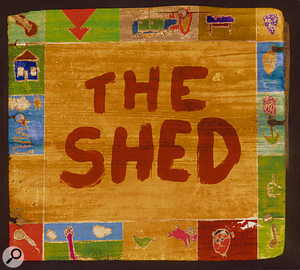 If The Shed's tiresomely wacky biography is to be believed, producer Froggy is "the bastard child of Phil Spector and Brian Wilson". On the strength of this album, I can see why they disowned him.

The 10strong Irish collective have some nice arrangement ideas, but their nuances have been lost through the overuse of studio tools, especially compression. Take 'Hole Puncher', for example. It's a pleasant ballad featuring, for the most part, just a fingerstyle acoustic guitar and male vocal. So why squash the guitar until you can hear it pumping? Why roll off all the bass? Why drench the results in reverb? Did all that processing really make it sound better? Simply because the tools are available doesn't mean you have to use them.

No fewer than five people are credited with writing lyrics on the album, and the unfunny office joker behind The Shed's press material pops up again in songs like 'All Moist A Bad Party'. As a result, these sit uncomfortably with the sombre messages of 'Joyrider' and 'Beautiful Little Rose'. Nevertheless, The Shed definitely have a way with a tune, and I imagine they'd be an entertaining live band. Just don't let them near the outboard rack. Sam Inglis 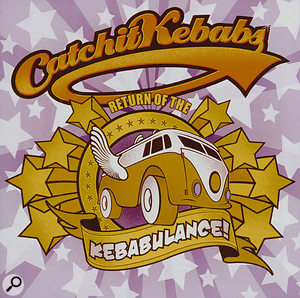 "Dear sir/madam," writes Catchit Kebabs' Jamie Smith. "It would be fantastic if you could publish a review in your magazine, one which I avidly read as soon as it comes out." But if you read the magazine so avidly, why also ask that we "notify" you if a review is going to be published? Come to think of it, if you read the magazine so avidly, couldn't you even name it in your letter? Tell you what, Jamie. You notify me when you read this review, and I'll tell you what I think of your music...

Only joking. I can't bring myself to be cruel when the music in question is surprisingly good. Generally speaking, skapunk is the answer to a question that should never have been asked, namely "What do you get if you take the good bits of ska music and the good bits of punk music, and throw them away?" Catchit Kebabs, thankfully, understand that adopting a ska influence means more than playing your power chords on the offbeat.

In fact, apart from the occasional burst of distorted riffing, they recall '80s TwoTone acts, with a cheesy Farfisa organ, tight brass section and belligerent attitude. It's all very nicely recorded, which is no mean feat with a large band playing very uptempo music, and the mix really brings out the energy of the performance. Sam Inglis

Sound On Sound are proud to announce Breed Media as the new sponsor of Playback. Each month, Breed Media will be giving away a run of 1000 CDs to the lucky winner.his amazing prize will be professionally pressed by Breed Media, and includes glass mastering, full colour print, cases and delivery — worth over #700!

This month's winners are The Beast.