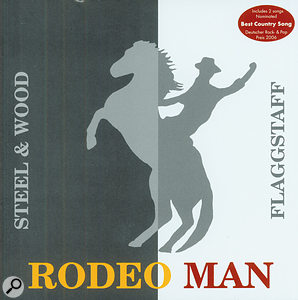 It's probably fair to say that in the UK, German country & western music is normally mentioned only by people with a pressing need to frighten small children. Perhaps Gunther Köhler will be the man to change that.

Köhler's album-length CD is divided between two bands in which he has a hand, called Steel & Wood and Flaggstaff. Different singers are involved, but the same musical influences prevail, most of them belonging to 'new traditionalists' such as Alan Jackson and Brad Paisley. And, if you can cope with the mental disconnect of knowing that the 'loyal Americans' singing about the glory of the star–spangled banner actually hail from Offenbach, it's undeniably impressive. There's little trace of a German accent, the lyrics make perfect sense, and they can damn well play.

As far as I'm concerned, you can't have too much pedal steel or too many twangy Telecaster solos, and my only complaint here is that these adornments could sometimes be mixed louder. If Köhler wants to improve the image of continental country & western music, though, he should start by wiping the ghastly 'dance remix' of 'Stomp Clap Song' from his hard drive for all eternity. I'm sorry, but the memory of Rednex is still pretty raw over here. Sam Inglis 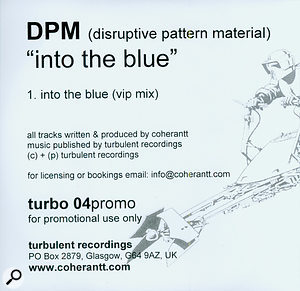 Glasgow-based DJ and producer Coherantt has sent in a single from his new EP, Jazz Note Sessions: Volume One. 'Into The Blue (VIP Mix)' is an ambient drum & bass tune that sounds very much as though it was influenced by the Bristol scene from about 10 years ago. The soulful vocal snippets, lush strings and double bass are an obvious nod to (or lift from) several Reprazent and Full Cycle tracks, some of which are now so much a part of the drum & bass scenery that even a few daytime TV jingles owe them some gratitude.

For what it is, this is a decent track: arranged well, nicely produced, and in such a specific style that I'm certain Coherantt pretty much nailed the sound he had in his head when he was writing it. What it lacks, however, is the sort of musical progression that turns an ambient piece of dance music like this from a 'tune' into a 'song'. There's very little variation apparent in the Bukem–esque drum programming, and no harmonic changes to speak of — it basically feels half-finished, which is a shame, as I think there's plenty of scope for some interesting chords in the string parts.

Perhaps even less fortunate, however, is the name of the EP. It's one thing to write music in a tightly defined genre, but to then release it on an EP that shares most of its title with a seminal record by one of the artists who shaped the scene (namely 'Jazz Note' by DJ Krust) is just a little bit silly. Chris Korff 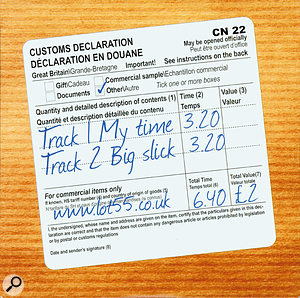 Ah haah! Lot55 hail from Norwich, and yet are able to give us a distinctly un-Alan Partridge musical flavour. What? No Chris Rea? Well, no. Lot 55 present a radio-friendly pop-rock demo. I guess it can pass as 'Indie–Rock' as the press release states, although it's neither indie nor rock enough to frighten pop fans.

There is an appreciable lightness to the feel of the single 'My Time', with a delicate bass line skipping through a perhaps over-compressed mix, and overall the recording has been well thought-out and executed. A particular gem is the hidden synth line that pokes in and out of an approachable and at times uplifting guitar melody.

Lot55 have the ability to write within a larger soundscape; at times the song almost takes on an anthemic timbre, and I could see some of their arrangements being employed in the same way sports programmes often use Sigur Ros or Editors-type music to back a video montage or introduction. Will, Daren, Keith and Kevin seem to be more than capable of moving forward in the current pop scene. Please, though, don't turn into the Feeling. There's radio friendly, and there's radio over-friendly. Chris Sibbons 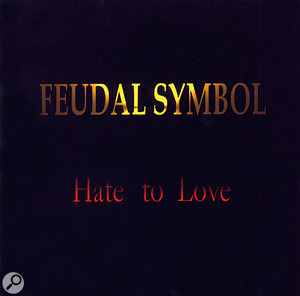 Feudal Symbol's demo has been sitting around the SOS offices for a shamefully long time, so before sticking it in my CD player, I paid a quick visit to their web site. "This disc was recorded in 2005," I thought. "Surely they will have realised by now that Feudal Symbol was an unbelievably rubbish name for a band, and changed it to something better?"

More informatively, Feudal Symbol are two blokes from High Wycombe called Wayne and James. Because of "the usual financial issues", they make their vaguely goth-y electro-pop on a variety of budget equipment, and the results have obvious technical flaws. The mixes are tinny and distorted, and they shouldn't need a pop shield to get a better vocal sound from their SM58.

However, Feudal Symbol's music is not without charm. In fact, there's something perversely gratifying about how their epic musical vision is undermined by the home–keyboard tones they've used to realise it. All in all, better than you'd expect from a band that thinks Feudal Symbol is a good name. Sam Inglis 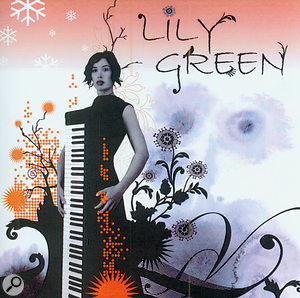 Lily Green says she turned to pop because "her artistic expression was stifled by the rigidity of the classical music world". Unfortunately for Green, her artistic expression is now stifled instead by the rigidity of her songwriting technique. Said technique runs something along the following lines: one, think up two-bar keyboard riff. Two, play two-bar keyboard riff over and over again. Three, add directionless vocal wailing that's vaguely reminiscent of Kate Bush. It's an approach that might work for one song, but over the course of an entire album, it gets old fast.

The bad impression is not helped by the sequencing of the CD, which inexplicably puts the worst tracks first. Persistence does bring some rewards, because the later songs boast more interesting production ideas and sonic textures, and Green unveils a powerful singing voice. In the end, though, no amount of fuzz or reverb can disguise the limitations of the material. Sam Inglis 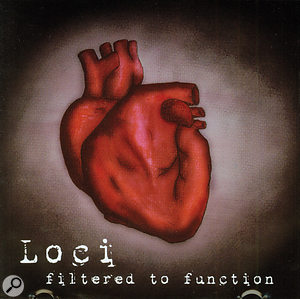 "Loci's sound," they say, "has its roots in the alt-rock revolution of the '90s." There are probably several ways to translate that statement into English, and you wouldn't be a million miles from the truth if you chose to interpret it as "Loci sound like Nirvana". They have certainly inherited the quiet-bit/loud-bit song template from the Seattle grungemeisters, although they do add some individual touches, notably the dreamy backing vocals of bassist Janet Jauregui.

If I had to guess which one of the band mixed their EP, my money would be on guitarist Ben Rosser, since his is the only instrument that's audible. What you can hear of Tim Thorne's drumming sounds pretty good, but it wasn't until the fourth song that I was able to confirm that he does actually have a kick drum. Ben has an interesting arsenal of effects, but many basic guitar sounds are horribly fizzy and over-distorted. This is the sort of band that should have no trouble presenting themselves as powerful and aggressive, but here they sound more bumble–bee than buzzsaw. Sam Inglis

I'm all for economy in songwriting, but Ben Coup's music is so minimalist that it would leave John Cage feeling short-changed. His first track features two chords, an unvarying eighth–note octaving synth bass, and a melody borrowed from Ottowan's 'D.I.S.C.O.'. These are augmented solely by a drum machine and a few out-of-time guitar licks, and the whole thing is so sparse that the digital glitches actually add welcome variety. Appropriately enough, perhaps, it arrived on an unlabelled CD-R with a single typed sentence to introduce it.

Things get even stranger on the other track, which sounds like an unintentional pastiche of Throbbing Gristle's '20 Jazz Funk Greats'. Over a minute and a half of insipid funk, Ben mumbles phrases like 'mmmm hmmm', 'go go' and 'oh yeah!' in a voice like Bernard Sumner covering Donna Summer. Help, I don't understand. Sam Inglis 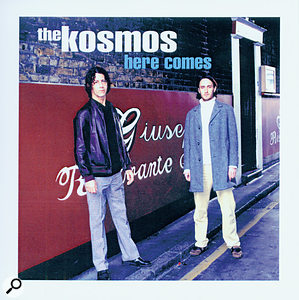 In the Kosmos' case, the lack of originality in naming is fairly consistent with the music. Singer and main songwriter Andrew Crayford undoubtedly has an ear for a tune, but the tunes in question are a bit over-familiar, and his lyrics have a charmless petulance that tends to grate. Their good qualities are also compromised by muddy mixes, questionable reverb choices and poor vocal recording, while the addition of feeble John-Squire-wannabe guitar noodling doesn't help.

The five tracks included here cover a fair range of stylistic ground, though all are firmly rooted in the Britpop era. The cheeky, Beatlesque 'So In Love' is much the most successful, and if Andrew wants to win more fans, I'd suggest that he leaves behind the formless jamming and whiny lyrics on offer elsewhere to focus on developing this uplifting, poppy dimension. And thinking of a new band name. Sam Inglis

Specialists in CD, vinyl, DVD replication and special packaging, Breed Media are dedicated to delivering quality, speed, experience and price. They are 100 percent CarbonZero and ecologically focused, making them truly a new breed of replicator. Plus Sound On Sound readers can now get 10 percent off their first order with Breed Media!

This month's winner is Gunther Köhler.