While recorded music is supposed to be all about audio, the visual dimension of our recording environment clearly has a significant impact on the way we work. It’s widely known that many listeners perceive a recording differently when not watching those coloured blocks drift by on screen, which is why so many mixing professionals close their eyes or avert their gaze when checking a mix. But how does the visual element extend to the way we perceive plug-ins, and does their appearance change over time according to fashion? 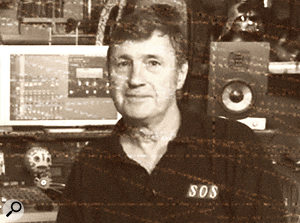 At one end of the scale we have beautifully rendered, photo realistic front panels providing the GUI for modelled vintage hardware, sometimes even showing scratches, chips or other wear as if to confirm its provenance. We see Leslie speaker emulations with revolving speaker graphics, reels that rotate without ever running out of tape and valves that pulse and glow in the background. The question — and one to which I don’t have a definitive answer — relates to the way the visual aspects of these plug-ins influence the way we hear them. Do we perceive a better looking plug-in as sounding better? Do we perceive one that looks like an old piece of kit as sounding more authentically vintage? Again, I don’t know, but it does seem that fashion influences the way plug-in interfaces are designed.

You may be old enough to remember when Ableton Live first came on the scene with its functional, flat-looking controls. Some people liked it, some didn’t, but that flat look has now come full circle with Apple giving some of the Logic Pro plug-ins a makeover that replaces ‘pretend’ front panels with easy-to-read, flat graphics. No rendered shadows, no scruffy paintwork, no 3D Bakelite knobs — just an easy-on-the-eye interface. In most cases these simpler interfaces are actually easier to use; I’ve encountered beautiful-looking Steampunk interfaces that have simply got in the way.

Of course, this could change, and I’m surprised that nobody has yet made use of head tracking to have some fun with the way plug-ins appear to us on screen. Waves actually use face recognition for their non-Bluetooth head tracker, but those designers determined to squander CPU power in the pursuit of visual fashion could use head tracking to change the apparent angle at which rendered plug-ins are viewed — almost like a hologram without the depth. Move to one side and you’d be able to see down the side of the casework — stand up and you’d be looking down on the lid. OK, it might not help you make better music, but it might keep your clients entertained now that the novelty of moving faders has worn off.